For many patients with early-stage lung cancer, the standard treatment — surgical removal of the tumor — is not an option because coexisting conditions like emphysema or heart disease make the surgery too risky. However, the alternatives available to these patients, including conventional radiation therapy and observation with no treatment, are not ideal. Conventional radiation therapy fails to control primary lung tumors in up to 70{06cf2b9696b159f874511d23dbc893eb1ac83014175ed30550cfff22781411e5} of patients, and more than half will die from disease progression during observation, and may not be tolerated in patients with poor lung function.

“SBRT gives patients an option outside of traditional approaches, like surgery and conventional radiation therapy, for certain cancers,” said Dr. Michael Yunes, director of the Stereotactic Radiosurgery Program of the Baystate Regional Cancer Program. “It’s an option for many of those who have no other option or who choose not to have surgery, which is the standard of care.”

SBRT combines the best elements of other forms of radiation therapy, including the use of multiple radiation beams to attack a tumor, advanced imaging techniques to target the tumor, and 4-D (the fourth dimension is time) imaging for motion control. While the technique has been used for years to treat intracranial lesions (Baystate began offering stereotactic radiosurgery for brain tumors in September 2007), clinicians only recently began using it to treat cancer outside of the brain, primarily in the lung, liver, and spine, and for metastatic disease.

Yunes said SBRT differs from stereotactic radiosurgery for brain lesions in several key areas. When treating a patient with a brain tumor, a rigid frame is attached to the patient’s head to ensure there is no movement during treatment. This type of stabilization system is not suitable for procedures in the chest and abdomen, because of the patient’s normal respiratory cycle and all the moving parts in these areas of the body. Instead, SBRT uses a vacuum technology called BodyFix to immobilize patients.

“It’s rather like the patient is vacuum-sealed into it,” Yunes said. “Patients can’t shift positions once they are in the BodyFix cushions.”

While the BodyFix system immobilizes the patient, the overriding technology in SBRT is ExacTrac, a highly precise radiation delivery system that allows radiation oncologists to target tumors with millimeter accuracy. Implantable markers, called fiducials, can be placed in or adjacent to the tumor to track the tumor during treatment planning, set-up, and treatment. ExacTrac uses dual X-ray machines mounted in the floor below the linear accelerator that produce X-ray images that crisscross the body to the digital imaging panels mounted on the ceiling. This allows more accurate targeting of the tumor.

“Accuracy is key,” Yunes said. “We can offer much tighter accuracy in quality assurance, planning, and treatment with SBRT.”

This accuracy has great benefit for the patient. Not only does the tumor receive a very high dose of radiation, but healthy surrounding tissue is spared. And, unlike conventional radiation therapy that is typically delivered in 30 to 40 treatments, SBRT can be completed in anywhere from one to five sessions. Yunes noted that the typical treatment for early-stage lung cancer is three sessions.

SBRT requires the collaboration of several disciplines. Yunes works with Dr. Gary Hochheiser, chief of thoracic surgery at Baystate Medical Center, to identify non-surgical candidates who would benefit from SBRT. There are several options available for treating lung-cancer patients, including surgery, radiation therapy, chemotherapy, cryoablation, and radiofrequency ablation. Because these treatment options are spread across multiple specialties, “you can’t treat the patient alone,” Hochheiser said. “You need a team of different disciplines to determine the best option for each individual patient.”

Dr. Wilson Mertens, medical director of the Baystate Regional Cancer Program, said this multidisciplinary approach also leads to greater efficiency. “Involving the key treating specialties in treatment-plan development results in enhanced communication between health care professionals, and expands the menu of treatment options we can offer individual patients,” he noted. “Our program’s approach to SBRT ensures that the thoracic surgeon and radiation oncologist work together on the treatment plan, leading to appropriate patient selection and more precise therapy.”

Yunes says that short-term results at Baystate have been promising, with excellent tolerance and few side effects, but it’s too early to tell about long-term outcomes. As of October, 30 patients had been treated at Baystate with SBRT, and he described the results as “extremely encouraging.”

In addition, a recent preliminary study in the Journal of the American Medical Association shows how good outcomes can be with this treatment. The study, conducted at the University of Texas Southwestern Medical Center in Dallas, found that nearly 56{06cf2b9696b159f874511d23dbc893eb1ac83014175ed30550cfff22781411e5} of patients with early-stage lung cancer who underwent SBRT were still alive three years after treatment, and that the rate of tumor control was more than double that found with conventional radiation therapy.

“The results of this study,” said Hochheiser, “are really much better than I would have thought, given what we know about treating lung cancer.”

While 50{06cf2b9696b159f874511d23dbc893eb1ac83014175ed30550cfff22781411e5} of the patients treated with SBRT at Baystate have lung cancer, radiation oncologists are also using it to treat a variety of cancers, said Yunes, including liver, spinal cord tumors, and recurrent head and neck cancers. Other medical centers have used it to treat pancreatic, kidney, retroperitoneal, and prostate tumors.

Mertens said SBRT adds even more to the comprehensive cancer care services offered at Baystate and particularly benefits those who would otherwise have to travel long distances for SBRT treatment.

“This adds to the versatility of Baystate’s cancer services,” agreed Hochheiser. “It’s another tool in our armamentarium to care for cancer patients, as opposed to saying, ’we can’t help you’ or ’we can help you, but there will be significant side effects.’”

This article first appeared in AlphaSights, a publication of Baystate Medical Center. 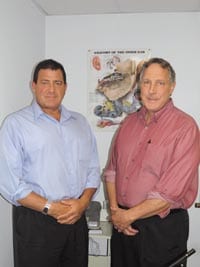 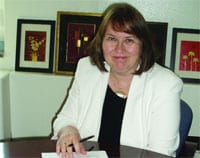