To some, the cloning of human beings represents an important, exciting opportunity for science and health to converge in the fight against disease.
To others, it’s a Pandora’s box, an ethical minefield upon which scientists will play God, destroying developing life to improve the lives of others.

Recognizing the heightened emotions on all sides of the cloning debate, President Bush’s 18-member Council on Bioethics, perhaps not surprisingly, staked out a middle ground on the issue this month, calling for a four-year moratorium on government-funded use of cloned cells for scientific research, while calling for an outright ban on cloning for reproductive purposes.

The decision gratified some who thought that Bush’s hand-picked panel would back a permanent ban on cloning research, which the president himself has supported, but the compromise still left frustration on both sides — while leaving the door open to further study.

“The council, reflecting the differences of opinion in American society, is divided regarding the ethics of research involving cloned embryos,” the report reads. Meanwhile, White House spokesman Scott McClellan said earlier this month that Bush’s own position remains that any attempt to clone a human being is morally wrong.

At the center of the debate is the idea set of DNA — all 3 billion base pairs in the case of a human being — and, except for mature red blood cells, all human cells contain a complete genome.

The potential applications of mapping this information are numerous, including the creation of customized medicines, improving agricultural products, developing new energy resources, and creating tools for environmental cleanup.

Although the project was expected to conclude in 2005, rapid advances in technology and worldwide participation have accelerated the completion date. In June of 2000, biologists announced their most crucial achievement to date — the generation of a working draft sequence of the entire human genome. In addition to serving as a blueprint for the eventual finished version, the draft already provides a road map of sorts to some 90{06cf2b9696b159f874511d23dbc893eb1ac83014175ed30550cfff22781411e5} of genes on every chromosome and is already helping scientists pinpoint genes associated with more than 30 disorders. And that, too, is only the beginning, Pflueger said.

“With more knowledge of the human genome, we’ll be better able to diagnose diseases and find treatments for them,” she said. “However, it’s just in its infancy, and knowing the sequence of the human genome really doesn’t tell us how each of these genes works.

“Even if we know there’s a disease that’s clearly inherited, we might not know at this point what gene causes it, and if we do, we might not know how the particular changes are manifested,” she added. “So there’s really a lot to do.”

Lay people who associate the Human Genome Project solely with health and science applications might be surprised to hear of the wide range of applications expected to be made from this research. The uses cross the boundaries of medicine into food, energy, the environment, and commerce, fueling predictions in some circles that the life sciences stand on the brink of becoming a leading economic force in the United States in the 21st century.

In the field of genomics alone, dozens of companies have already sprung up, preparing to sell information, technologies, and services relating to the research into genes and their functions. According to the NIH, areas that could be affected by the research include:
• Clinical medicine, including the development of more individualized diagnostics and prognostics, drugs, and other therapies.
• Agriculture and livestock, which could see the emergence of hardier, more nutritious, and healthier crops and animals.
• Industrial processes, which could include more efficient manufacturing in such sectors as chemicals, pulp and paper, textiles, food, fuels, metals, and minerals.
• Environmental biotechnology, which expects the development of biodegradable products, new energy resources, environmental diagnostics, and less hazardous cleanup of mixed toxic-waste sites.
• DNA fingerprinting, evolutionary and human anthropological studies, and detection of and resistance to agents that could be used in biological warfare.

From the start, the agency asserts, HGP planners promoted the private sector’s participation in developing genomic resources and applications. The HGP’s successes, as a result, are giving rise to commercially viable products and services.

Answers and More Questions
Still, doctors and scientists are most excited about the medical potential of unlocking the secrets of genetics, particularly in the realm of tackling genetic
disorders.

“I think it’s going to be very significant because we’ll be able to identify individuals who are at risk of diseases that have a genetic basis and potentially intervene before they become symptomatic. So I see tremendous value in the area of preventive medicine,” Pflueger said.

“In the past, we really haven’t had anything that’s been that specific, but if you know someone’s going to have a specific problem with a particular genetic pathway, you can treat that and go a long way toward improving human life.“

This concept, she admits, does worry some ethicists who wonder whether that sort of genetic identification will lead to a day when technology allows parents to create ‘designer children,’ not only free from defects but born with pre-designed physical features.

“The public often worries about the possibility of genetically engineered children. Of course there’s always the potential for abuse, but I don’t really expect to see that,” Pflueger said.

At any rate, researchers have a long road ahead in even being able to identify gene functions that would make such a scenario possible. Still, scientists have identified about 1.4 million locations where single-base DNA differences occur in humans, and more than 30 specific genes have already been associated with breast cancer, muscle disease, deafness, and blindness. It’s only a matter of time, they say, before science unlocks ways to prevent a host of disorders.

“The main thing is that, in terms of genetic diseases, if you can identify an individual who is susceptible to heart disease or cancer — and we know diseases of this type have significant genetic bases — then we can either follow individuals at risk more closely or potentially find a therapy to prevent the disease from occurring in the first place,” Pflueger said. “And that’s where we want to be.”

Where scientists are right now is two years ahead of schedule — with the hope that they will soon write some of the most important chapters in medical history. 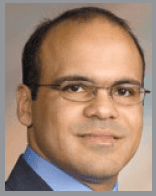 Fielding Important Questions – When Playing School Sports, There Is Always a Risk of Injury