Last April, Massachusetts enacted an ambitious, complex law to expand affordable health insurance to most of the state’s half-million uninsured. One year later, how is it going?

Short answer: well, but with difficult challenges ahead.

Best news: More than 110,000 formerly uninsured residents have affordable, secure coverage. About 50,000 were covered through expansions to MassHealth, Massachusetts’ Medicaid program, and 63,000 through Commonwealth Care, the new subsidized insurance program offered through the Commonwealth Health Insurance Connector Authority, the body established to implement major portions of the new law. None would have coverage today were it not for the law.

Approximately 100,000 others are eligible but not enrolled in Commonwealth Care. Most must pay sliding-scale premiums for coverage. For some, this is no problem. For others, the premiums are unaffordable. The Connector soon will re-evaluate premiums in light of this year’s experience.

Commonwealth Choice policies will be offered by seven insurers to individuals and small employers. Thanks to intervention by Gov. Deval Patrick and the Connector, a variety of new policies with good benefits will be available at costs significantly below what’s available today. The low-premium Commonwealth Choice plans, not exclusively, include deductibles and co-insurance higher than the norm in Massachusetts. The plans are age-rated, meaning premiums are lower for 20- and 30-somethings, and higher for 50- and 60-somethings.

Buyers can avoid cost sharing by paying higher premiums, and avoid higher premiums by accepting higher cost sharing. Premiums will be at least 30{06cf2b9696b159f874511d23dbc893eb1ac83014175ed30550cfff22781411e5} lower if employers set up Section 125 plans that allow workers’ premiums to be excluded from taxable wages. All employers with 10 or more workers must set up these plans by July 1.

Hopes for magically lower premiums without cost sharing have been brought back to earth. It’s an earth with lower-cost and higher-quality health insurance for many, but not for all.

Challenging news: The law requires all Massachusetts residents to buy health insurance by July 1, 2007; penalties start Dec. 31 at the earliest. Establishing this ‘individual mandate’ necessitates defining a minimum level of health insurance, or ‘minimally creditable coverage.’ This standard needs to be high enough to assure good coverage because of the mandate. No state or the federal government has ever attempted to do this.

Defining minimally creditable coverage has been controversial because some residents have policies that exclude prescription drugs, and/or include deductibles as high as $10,000 and lifetime benefit caps. Minimally creditable coverage — intended primarily to set a floor for the uninsured — will also set a higher floor for thousands with coverage now. The draft standards, which become fully effective in January 2009, will require policies to include drug coverage, forbid deductibles higher than $2,000 for an individual and $4,000 for a family, and limit lifetime benefit caps.

One thing we have learned is that there is no standard that will meet unanimous approval. Any decision is guaranteed to receive criticism from those who think it too strict and others who think it too loose.

The pending milestone will decide who gets penalized for not having health insurance. Connector officials, plus business and insurance interests, advocate for a broad mandate to deter ‘adverse selection’ — people buying coverage only when sick. Consumer, labor, and providers advocate a cautious approach to avoid penalizing persons who legitimately cannot purchase coverage at available prices.

Across the nation, many are watching our experiment. Those who predicted our failure last April still hope for the law’s demise. Importantly, every group that worked hard to achieve this difficult compromise is working to implement it as effectively as possible. Legislative leaders in the House and Senate continue to demonstrate valued support.

The law has catalyzed a new and exciting wave of U.S. health reform, state and federal. More than 20 states are now engaged in serious policy efforts to craft their own health access reform initiatives. Leaders in Congress are developing a broad and expansive coverage initiative for 6 million uninsured children. residential candidates are talking about universal coverage at a level unheard of since 1992.

Success inspires more success. Defeat breeds despair, cynicism, and retreat. At Massachusetts health reform’s first birthday, we can be proud of the accomplishments we have achieved. We can take pride in how our efforts have inspired others across the nation. And we can be humble that the hardest work is still ahead.

John E. McDonough is executive director of Health Care for All. This article first appeared in the Boston Globe. 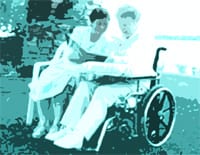