After a year that began with worries about hospital finances and ended with talk of the looming threat of bioterrorism, expect the legislative picture for health care in Massachusetts to include plenty of both in 2002.
Hospital administrators and other medical professionals spent considerable energy in 2001 trying to convince lawmakers that inadequate Medicaid reimbursement rates and an unfair funding structure for the uncompensated care pool threatened the very existence of many facilities. They got some — but far from all — of what they wanted in the recently approved FY 2002 state budget.

Meanwhile, legislators sought to exert even more control over the way health care in administered in the Commonwealth with a series of proposals, culminating in a major push for a bioterrorism preparation and protection bill that should get a great deal of attention in the coming year.

As Sen. Richard Moore, D-Uxbridge, who chairs the Senate Health Committee, told The Healthcare News, 2002 looks to be rife with discussion and action on many issues, but the first step must be to make Massachusetts a more equitable state in which to practice medicine. In that regard, 2001 was a step — albeit a small one — forward.

A Measure of Relief

The Mass. Hospital Assoc. (MHA) took the lead last year in pushing for budgetary action that would accomplish two goals — pour more money into the Medicaid system that currently reimburses just 71 cents to the dollar on average to hospitals and nursing homes, and increase the state’s contribution to the uncompensated care pool, which helps hospitals care for uninsured and underinsured residents, from $30 million to $130 million.

Currently, hospitals pay in $215 million annually, with three-quarters of them coming out behind on the reallocation of money, and private insurers pay $100 million.

For awhile, it seemed as though the events of Sept. 11 would push those goals to the back burner in lawmakers’ minds, but the budget, when finally approved, did wind up making some headway. The state budgeted $15 million to begin to address the Medicaid deficiency, and hospitals received $45 million in relief on their assessments into the uncompensated care pool. In addition, $15 million established a fund to benefit distressed hospitals.

“This will give just about every hospital some degree of relief this year, but we still have things to do,” Moore said. “The budget also created a special commission to review how the uncompensated care pool is structured, so we can make sure it serves the needs of uninsured patients and also eases the burden of hospitals.”

Richard Averbuch, a spokesman for the MHA, called it a tough budget year but one that left reason for optimism. “There are some very serious challenges for the state government, and it definitely took some leadership by the legislature to step up and provide some relief for hospitals,” he said. “But there’s still a lot to get done.”

While some would say lawmakers have been slow to provide adequate funding into the health care system, they have not been slack with examining where new legislation might fill perceived holes. One of those holes arose in the weeks after Sept. 11, when bioterrorism emerged as an unseen threat in the Northeast.

Senate Bill 2194, the Mass. Emergency Health Powers Act, co-sponsored by Moore and now in the hands of the Ways and Means Committee, seeks to prepare the state’s medical facilities for that very contingent. The idea is to determine where potential deficiencies are in medical and emergency plans in case Massachusetts becomes ground zero for bioterrorism attacks.

“For instance,” Moore said, “we know that in normal times, ERs have to divert ambulances — even more in flu season. If there were a bioterrorist or chemical attack, we would be in some real difficulty finding beds close by for a large number of victims, so it’s important that we update our laws and find where our weaknesses are in the response system.”

For the past year, he added, Boston-area hospitals have undertaken a pilot project to monitor reasons for emergency room admissions over 24-hour periods. That information now goes to the Department of Public Health (DPH) to detect any unusual uptick in admissions that resemble the flu, which can present symptoms similar to inhalation anthrax. One part of the proposed Senate bill directs the DPH to analyze how to make that project a statewide initiative.

“If we’re going to expect continuing problems with bioterrorism, we need to have a better sense of where the gaps are in our health care system and how to address those,” Moore said. The bill would also mandate a re-examination of quarantine and vaccination regulations to enforce them more consistently in an emergency without trampling on civil liberties — a delicate balance.

“It helps us look at the overall needs of public health, not just for terrorism,” he said. “Where are the gaps? Where do we need to start directing our resources in the future so we can have, in regular peacetime periods, a first-class health care system in this state?”

Bioterrorism is far from the only key health care issue lawmakers must grapple with this year. For one, the state must still determine what privacy protections will be put in place — how patient information will be used and not used — as part of compliance with the federal Health Insurance Portability and Accountability Act (HIPAA), which aims to set standards for maintenance and transmission of health information about patients.

Legislators are also dealing with a shortage of nurses. A bill reported out of the Joint Education Committee and sent to the Ways and Means Committees of both houses takes aim at that problem. House Bill 4414, sponsored by Rep. Carol Cleven, R-Chelmsford, would provide help for people who go into nursing, including school loan aid, as well as forgiveness of stipends for expenses for nurses who mentor others into the field.

And of course, medical professionals and the MHA will continue to press for further re-examinations of the current Medicaid structure and the uncompensated care pool system with an eye toward making both more equitable. Moore suggested that the formula used should be closer to the federal Medicare formula, which might lessen the gap between the actual costs of practicing medicine and what the state reimburses.

“The goal is to get all players with a stake in the health care system to do their part to support it,” Averbuch said. “The state needs to fulfill its responsibility to support the health care safety net. We definitely took a step in the right direction this year, but there’s still more work to do. This is not the time to disinvest in health care.”

Take Caution When Exercising or Shoveling Snow in Winter 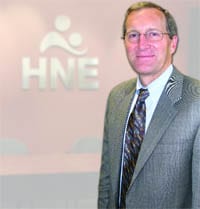