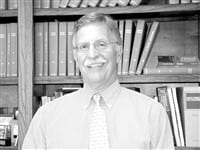 It’s all about peace of mind.

That’s the feeling of backers of a recently introduced bill that would mandate drug makers to test their products on children.

The Pediatric Research Equity Act would complement the existing Best Pharmaceuticals for Children Act, which gives pharmaceutical firms a financial incentive to voluntarily test drugs on children. And it comes on the heels of a federal district court’s October decision to strike down the U.S. Food and Drug Administration’s Pediatric Rule of 1998, which set the same kind of mandate as the new legislation.

The court ruled in that case that the FDA did not have Congressional authority to enforce that requirement. In December, the Bush administration decided not to appeal the ruling, instead calling on Congress to work out a legislative remedy.

In the eyes of many pediatric doctors, such as Dr. Edward O. Reiter, having the mandate passed into law is no small matter.

“I think true that the majority of drugs out there have not had rigorous testing in children,” said Reiter, chairman of the Department of Pediatrics at Baystate Medical Center. “And they ought to be tested with the same rigor as they’re tested in adults. To me, that seems self-evident.”

As he told The Healthcare News, he understands some of the qualms opponents of the bill have, but added that, as professionals who are supposed to be guardians of children, doctors can’t have too much assurance that the drugs they prescribe are safe.

The bill is strongly backed by the American Academy of Pediatrics (AAP), which claims that the current voluntary system allows many drugs to slip through the cracks.

Under that system, in exchange for testing in children, drug makers are given an additional six months of exclusive marketing time. For drugs that could reap billions in sales, that’s no minor draw, Reiter said. Yet, for some products — particularly those with expired patents — there’s no incentive to incorporate children into the trials.

“Parents deserve the peace of mind that comes with knowing that the medicine their children are taking has gone through rigorous testing,” said Dr. E. Stephen Edwards, AAP president. “This legislation guarantees it.”

The voluntary policy was anything but a guarantee — and it wasn’t immune to deception, Reiter said. “If someone was not completely scrupulous, they might be tempted to do research trials in children simply to achieve the goal of getting six months of further exclusivity,” he ex-plained, “although I have no reason to believe that occurred.”

Even so, of the 98 drugs tested on children since the Pediatric Rule was established, the AAP believes that figure would have been cut in half if only the voluntary policy was in place.

“Each day that passes without the Pediatric Rule puts children senselessly at risk,” Edwards said after the rule was struck down last fall. “We must act now, before the rule’s absence compromises the health of our next generation.”

Under the newly proposed act, drug companies would be required to test new products for safety, efficacy, and dosing information in children. “Once the testing is complete, the drug’s label would indicate that it’s safe for children, along with the proper dose,” Edwards explained. “The medicine would also come in a liquid or chewable tablet, if necessary. That’s critical when you are treating infants and toddlers.”

The bill covers all new drugs and biologics, but would not delay approval of drugs for adult use. Instead, it specifically allows pediatric testing to be deferred if waiting for the pediatric study would delay the availability of the adult product. Studies may also be deferred if studies in adults or older children need to be completed before testing for younger children or infants can be safely conducted.

Lawmakers who back the bill say it’s a needed policy, especially considering that only 25{06cf2b9696b159f874511d23dbc893eb1ac83014175ed30550cfff22781411e5} of drugs prescribed for children today are tested on and labeled for children — even with the voluntary policy in place, said U.S. Sen. Michael DeWine, R-Ohio, a lead sponsor of both the incentive law and the new bill.
Backers are hoping for the bill to become law without changes, but one likely amendment is a sunset clause allowing the FDA’s authority to order testing to expire in 2007, when the incentive law also expires.

Reiter conceded that it isn’t only pharmaceutical companies that oppose the Pediatric Research Equity Act. Some in the medical profession are simply worried that, because no drug is totally safe and without side effects, children shouldn’t be put at risk for something that might not even benefit them down the road — especially considering that they cannot give consent to be tested, as adults can.

An organization called the Alliance for Human Research Protection opposes the bill in its written form for several reasons, the most significant being that it doesn’t limit the products that are required to be tested on children.

“Many drugs are unlikely to be used in children, and these are often the most toxic drugs: for instance, chemotherapy agents for tumors that only occur in adults, or certain cardiac drugs,” the organization argues. “There is no reason to test these drugs in children, particularly as they have significant toxicities.”

Instead, the group recommends that drugs be tested in children only when a role for the drug in the pediatric population is anticipated by the manufacturer, and that only children who have the condition for which the drug is a treatment be used in clinical trials.

But those who oppose the bill, Reiter said, ignore the fact that many drugs used by both children and adults provoke different patterns of response in each, and often carry different side effects. “The question is, are we doing the right thing?” he said. “I think physicians overwhelmingly want to do the right thing, but in many situations, they have only clinical testing in adults to go on.”

Bush administration officials and lawmakers from both sides of the partisan aisle have put their stamp of approval on the measure.

“This is a major step in the right direction toward providing enhanced protection for America’s children,” said Tommy Thompson, Health and Human Services secretary. “To protect our children and improve their health, the time to move forward on this important issue is now.”

At a time when many of the innovate products in the development pipeline are likely to be used in children, physicians and parents need the tools to know whether they are safe — and they don’t have those tools right now, FDA Commissioner Dr. Mark McClellan said.

In Reiter’s view, however, the support of the nation’s top pediatricians organization is the most significant, since they’re the ones on the front lines of prescribing medication.

“I think the mandatory rule is incredibly important, but it’s not enough,” he said. “We need to be careful with the kind of drug research and trials done with children, but, having said that, we want to do the best thing for children, and the fact that the AAP strongly endorsed this is a powerful statement for it.

“The voluntary act did at least open a crack in the door,” he concluded. “But I think, for the pediatric world, this will put more teeth into the way we study drugs for children.”

Swine of the Times As Flu Season Begins, Americans Get Ready for H1N1