The Surgical Safety Checklist is a one-page tool that itemizes essential safety steps that surgical teams should perform at three key stages of surgery: before administering anesthesia, before skin incision, and before the patient leaves the operating room. The overriding goal of the checklist is to reduce complications that often stem from poor communication among members of the operating team.

BFMC introduced the checklist in its operating room procedures as part of a nationwide ‘sprint’ being spearheaded by the Institute for Healthcare Improvement (IHI, which challenged every hospital in the U.S. to test the checklist at least one time with one operating team by April 1, 2009.

As recently reported by the New England Journal of Medicine, hospitals in eight cities around the world have successfully demonstrated that use of the checklist during major operations can lower the incidence of deaths and complications by more than one-third. Even more dramatically, the pilot study found that inpatient deaths following major operations fell by more than 40{06cf2b9696b159f874511d23dbc893eb1ac83014175ed30550cfff22781411e5} with implementation of the checklist.

“Implementing the checklist at Baystate Franklin has been a solid team effort between our surgeons and nurses,” said Beverly Pomeroy, assistant director of Surgical Services. “Dr. Stephen Fox was our medical staff leader in this initiative, and implementation went very smoothly. It was clear to all staff that our standard ‘time-out’ process, which includes an abbreviated version of the WHO safety checklist, could easily be expanded to address potential critical events. We are all committed to making sure this is the safest possible environment for the patients we care for, and a consistent, collaborative, evidence-based checklist is essential to achieving that goal.”

“The WHO Surgical Safety Checklist is a tool that has shown dramatic results, and its widespread implementation can produce an immediate and cost-free improvement in health care,” said Dr. Donald M. Berwick, president and CEO of IHI. “We applaud the hospitals taking leadership on this important innovation.”

The checklist sprint was initially announced by Berwick in December at IHI’s National Forum on Quality Improvement in Health Care. Dr. Atul Gawande, leader of the research team that authored the NEJM study, joined Berwick in an appeal to hospitals to rapidly test the checklist and to make it part of routine care for all patients undergoing surgery.

Just How ‘Sicko’ Is Our Health Care System? 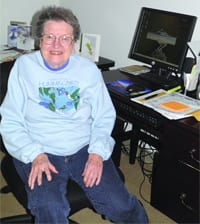