Martin, who resides in Longmeadow, has served on the Springfield Riverfront Development Commission and on the Board of Directors of Springfield Technical Community College Foundation. He was president of the Western Mass. Georgetown University Alumni Association. Long active in the Basketball Hall of Fame Tip-Off Classic, Martin served as its president, as well as chairman of the Board of Directors. He is a member of the Hampden County and Mass. Bar Associations and a Fellow in the Mass. Bar Foundation.

D’Amour, who resides in Longmeadow, is chairman of the Westover Metropolitan Development Corp. and a member of the Board of Directors of the Economic Development Council of Western Mass. and the Springfield Symphony Orchestra. 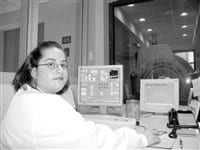