Characterizing the move as a tentative but needed first step, Health New England (HNE), the second-largest health maintenance organization in Western Mass., agreed in January to allow some customers to use Mercy Medical Center and other services offered by the Sisters of Providence Health System (SPHS).
The agreement, which became effective on Jan. 1, allows about 18,000 of the plan’s 90,000 members to expand their choice of health services in the Greater Springfield area — in effect agreeing to let 20{06cf2b9696b159f874511d23dbc893eb1ac83014175ed30550cfff22781411e5} of its members receive treatment from the Baystate Health System-owned health plan’s main competitor.

Under the plan, SPHS joined HNE’s provider network for self-insured employer plans that are administered by the HMO. The two parties have promised to work together to consider a broader relationship in the future.

“We are glad that our discussions with SPHS have produced this agreement,” said Peter Straley, president and CEO of Health New England. “We will be working closely with SPHS and want to create a relationship that will benefit Health New England, SPHS, and the Springfield-area community.”

Those in the self-insured plans will now be eligible to use a broad range of inpatient and outpatient medical and diagnostic services of SPHS, which includes Mercy Medical Center and Weldon Rehabilitation Hospital on the Carew Street campus in Springfield; the behavioral health services at Providence Hospital in Holyoke; and Brightside for Families and Children in West Springfield.

Overall, the system’s three hospitals in Springfield and Holyoke offer 350 beds in addition to a regional diagnostic laboratory. Health New England members affected by the change have been notified by mail and received membership cards.

Still, officials of both parties, as well as state officials, called the initial arrangement a positive development.

“Today’s a good day. It’s a very good day for the citizens of Western Massachusetts,” Attorney General Thomas F. Reilly said at a press conference in January to announce the deal. “It’s a very important first step — but it’s just a first step.”

Vincent J. McCorkle, president and CEO of SPHS, said the system and itsmore than 3,700 employees and associated physicians welcome the opportunity to serve a new community of people. +

“We will continue working with HNE so that its members have access to Mercy Medical Center and the SPHS network of services,” McCorkle said, adding that the agreement promises to be the beginning of an expanding relationship.

“This is an important first step,” he said.

Negotiations to allow HNE members to access the SPHS began in 1999, and Reilly said he was satisfied with the initial result and would not attempt to push for improvements right away.

“We’re off to a good start today, and that’s the way I’ll leave it,” he said. “Hopefully we’ll reach common ground somewhere down the road.”
Reilly became involved in the dispute in 2000 when SPHS pushed for a law requiring Baystate to allow HNE members to receive medical and surgical care at Mercy. Reilly criticized Baystate in a report issued in October of 2001, but chose not to pursue any legal action.

Still, officials at both hospitals credited Reilly with serving as a catalyst to resume talks that had broken off.

In the self-insured health plans that will now provide access to SPHS services, a sponsor, usually an employer, is directly responsible for the cost of the health care benefit. For these plans, Health New England provides administrative and customer services to the plan sponsor. HNE also makes agreements with a network of participating health care providers, who care for members of the self-insured plans.

The two parties have also agreed to evaluate the results of the relationship and will consider whether SPHS should participate in additional plans in the future.

For now, Straley said, the health plan is satisfied with the extent of its new relationship with the Sisters of Providence Health System. “I think that we reached mutual agreement that you walk before you run,” he said.

Shriners Hospital for Children Could Face Closure This Year 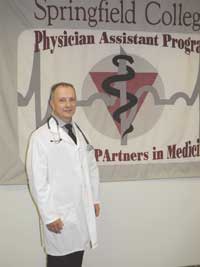 Editorial Drug Treatments Should Not Be Based On Ads