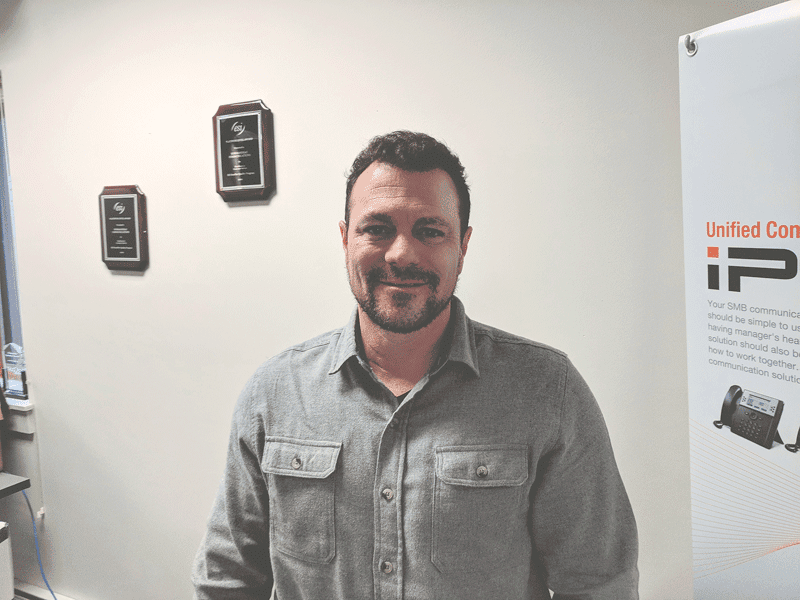 Technology doesn’t always make people’s lives easier, but sometimes the simplest ideas prove to be elegant time-savers.
Take, for example, StaffAlerter, a platform originally developed for the K-12 education market, for campus security and other reasons. It uses templates by which messages can be sent out quickly to an entire subscriber list with the touch of a button.
“In an emergency, a school teacher can automatically send an alert, a mass notification to all staff, that can also tie into their paging system throughout the school, so teachers can lock down the classrooms,” explained Kevin Hart, director of business development at Normandeau Technologies Inc. (NTI).
But the applications are endless, he added, from sending alerts to snowplow drivers during the early-morning hours as a storm looms, to contacting large groups of off-duty police officers if a shift suddenly opens up — or, in the healthcare realm, nurses. “Before, you’d have to call 30 people to get someone to come over and cover.”
It’s just one way NTI has expanded its roster of services, said President Brett Normandeau, whose company has been been selling, installing, and servicing telephone systems for 28 years, with voice over Internet protocol (VoIP) technology — which uses the Internet to exchange various forms of communication that have traditionally been carried over land lines — serving as its main service focus over the past decade-plus.
It’s a technology that allows businesses to stay connected even when employees are far-flung — whether they’re working from home or in an office across the country.
Smartphones, however, are changing the game when it comes to phone systems, and newer developments like business texting and mass notification services — two niches Normandeau is particularly excited about — again evolving the way employers and employees communicate.
Hart is excited too — enough to return last year to the company he worked for many years ago.
“We’re looking to grow as a company. There’s a big market right now, and we’re ready for it,” he told HCN, before noting that, as technology has evolved, so have client expectations. “We’re excited that we can do this more efficiently now than ever before. Customers appreciate that. They want their stuff fixed. The industry standard used to be two to three days response time, and now sometimes it’s within the hour.”
So, while the company continues to make a name in the fields of IP telephony, IP surveillance, data cabling, and cloud services, newer technologies continually shake up the game and provide plenty of opportunity for growth.
“What attracted Kevin to come back were the products and technologies we’re offering, and the opportunities he’s got to develop our business,” Normandeau said. “Business texting is huge, and so are emergency notification systems, as well as our traditional cloud and telephone systems, which have been the bread and butter of our business.”
While traditional phone systems are slowly changing over to cloud-based systems, plenty of companies are still behind the curve, he added, noting that such systems offer more integration, functionality, and control — and lower costs — than ever before. In short, it’s a good time to be in this business.

Beyond the Simple Phone
At its heart, Normandeau communications has been trading in phone systems since Ray Normandeau launched the enterprise in Florence in 1990, using money from an early-retirement package offered by a streamlining AT&T.
As Ray built his business on word of mouth and a few loyal customers, his son Brett started working alongside his father, having been licensed as an electrical journeyman shortly before Ray launched the company. He took over as president when his father retired about 16 years ago.
At the start, clients were mainly residential, but gradually, the emphasis turned to business customers, which today comprise the vast majority of the client base.
“When my father started 28 years ago, all we did was run cable and service some telephone systems. That was even before voice mail,” Normandeau said. “I remember that change, and thinking, ‘are we going to take this voice mail on?’ We started doing that, and it just progressed from there.”
NTI’s featured partners include LG-Ericsson, whose iPECS-LIK product further streamlines communication within any size business, from small offices to large corporations with thousands of users, managing all kinds of communication — phone calls, e-mails, texts, etc. — across multiple sites, under a single user interface. It’s a useful product for multi-site organizations, such as banks and their multiple branches.
Hart said businesses are starting to turn away from internal server networks that need occasional upgrading or replacing.
“Cloud-based systems today are effective, and they work, where 10 years ago they were heavily contingent on bandwidth,” he told HCN. “The second-generation cloud-based systems at this point are not only reliable, but they’re usually cheaper than your current telephone bill.”
Added Normandeau, “it’s an operating expense as opposed to a capital expense, and that’s very attractive to businesses.”
On the business-texting front, Normandeau uses a platform called Captivated. On one side, a company’s contacts text it on a landline or published text number the business promotes. On the other side, a text comes into Captivated and the company handles it or easily transfers it to the right department or individual.
The benefit, Normandeau said, is that people don’t answer phone calls as often as they used to, particularly from numbers they don’t recognize, scared off by the proliferation of robocalls — but they will look at texts, especially if the sender’s number is familiar.
In addition, service providers in all kinds of industries can use the system to reach customers if they’re running late for an appointment, while an auto mechanic working on a vehicle who sees additional problems can quickly get in touch with the customer and start working on the second problem — all of this, again, predicated on people being more likely to respond to texts than calls. “It’s a huge scheduling convenience,” Normandeau said.
In addition, all texts are centralized and saved in the cloud, providing a permanent record that isn’t available when technicians use their personal cell phones to contact customers.

Growth Pattern
Staff expansion at NTI includes its new operations manager, Lindsey McGrath, who has 20 years of experience on the carrier side of the business, Russell Diederich, a technician who spent 30 years at Verizon.
Those are the moves a company that knows it has opportunities to grow, Hart said.
“The lion’s share of companies still use legacy systems,” he noted. “Especially after the economic downturn in ’08 and ’09, they held on to what they had and were reluctant to make changes, but it’s no longer cost-effective to do it that way.”
He said he recently sold a new system to a client he had services 21 years ago, noting that “he got his money’s worth.”
“Truth be told,” Normandeau was quick to note, “a lot of those old phone systems still work. There’s a New England mentality of ‘if it ain’t broke, don’t fix it.’”
That said, he added, there are plenty of opportunities for companies to streamline their communications and save money if they’re willing to look into them — especially companies like NTI itself, which is scaling up its staff while looking to downsize its headquarters because working remotely is the wave of the future.
“It makes far more sense when technicians and sales staff don’t have to come to a central point,” Hart said. “It saves a lot of ‘windshield time’ for sales and service techs when we have this platform. It’s better for customers and better for employees’ quality of life.”
That said, NTI isn’t resting on its laurels, Normandeau said, noting that he takes part in IT networks and conferences with an eye on finding the next big thing in communications and bringing that knowledge back to a company that has evolved significantly since the days when voice mail was all the rage. 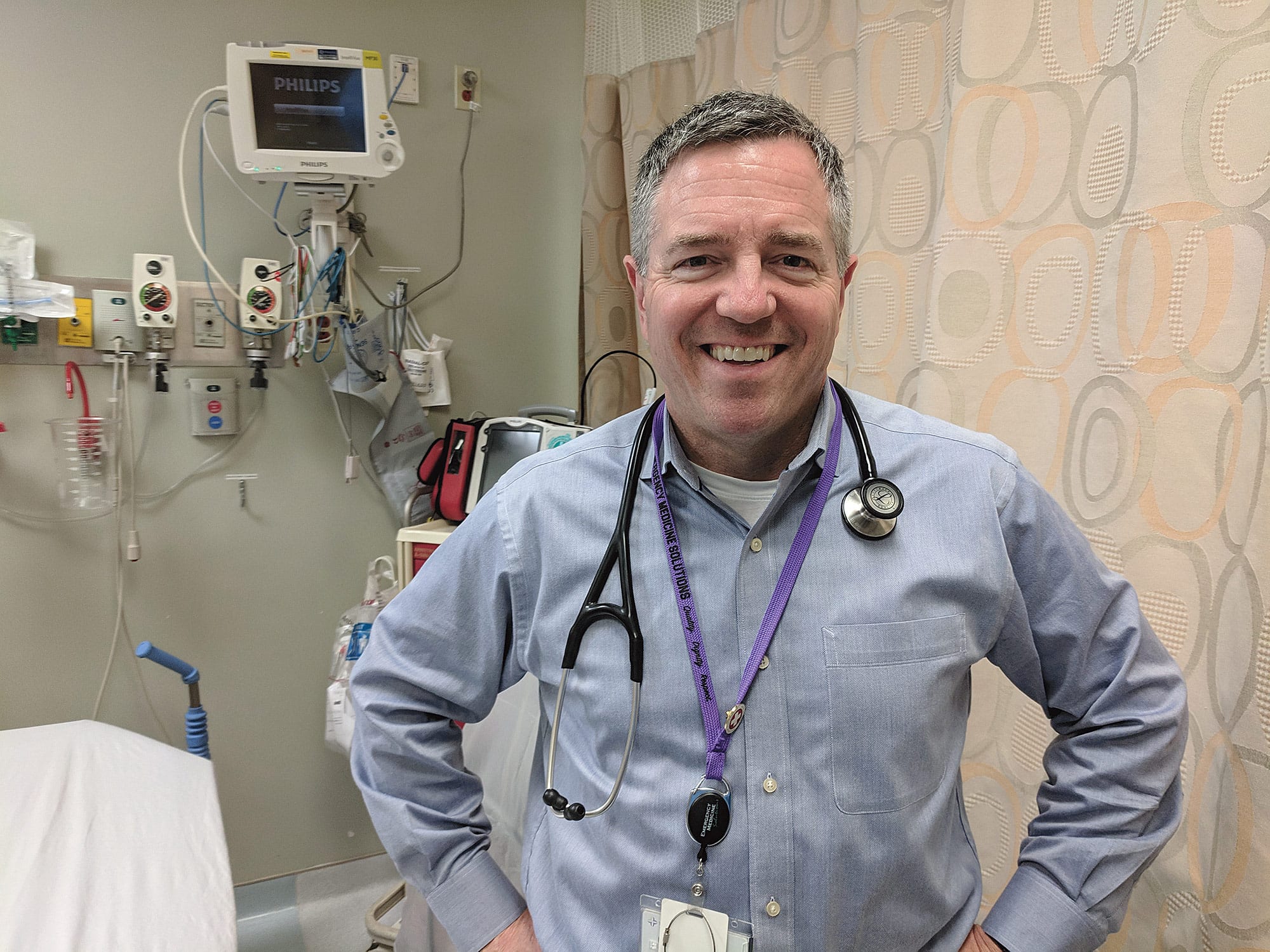 No Time to Lose Dramatic Improvements in Stroke Response Are Saving, Extending Lives 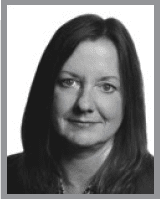 Regarding Records Retention Often, ‘What’ May Be More Important Than ‘for How Long?’