NORTHAMPTON — Dr. David Ericson has joined the medical staff at Cooley Dickinson Hospital as an ear, nose, and throat surgeon.

Ericson graduated from Trevecca Nazarene University in Nashville, Tenn. He started his career at an ear, nose, and throat practice in Cherry Hill, N.J. Certified by the National Commission on Certification of Physician Assistants, Ericson has practiced in the field of otolaryngology for more than 12 years. He is now in practice with Dr. Michael Stamm, ear, nose, and throat surgeon.

Ericson treats adults and children for a variety of ear, nose and throat disorders, including allergy and sinus problems, hearing and balance disorders, and voice and swallowing problems. He welcomes new patients. For more information or to schedule an appointment, call (413) 586-7100.

Reines Certified by American Board of Surgery

NORTH ADAMS — Dr. Louis Reines has earned board certification from the American Board of Surgery. Reines is a general surgeon at North Adams Regional Hospital, and joined the NARH medical staff in September 2011.

According to the American Board of Surgery, certification indicates a surgeon has met the highest standards of education, training, and knowledge in the field of surgery. This certification is voluntary and demonstrates a surgeon’s commitment to quality patient care.

The certification process includes an eight-hour written examination, which assesses one’s general knowledge of surgery. Following the written assessment is an oral exam administered by experienced surgeons who evaluate factors such as surgical judgment and decision-making skills.

Reines performs general surgery, but is fellowship-trained in colorectal surgery. His areas of expertise include laparoscopic colectomy, complex ano-rectal surgery, and colonoscopy. He is currently accepting new patients, and can be reached at Northern Berkshire General Surgery at (413) 664-5999.

Following her graduation from the Franklin County Public Hospital School of Radiologic Technology, Zukowki joined Baystate Franklin Medical Center in 1973. She has managed the Radiology and Imaging department since 1996.

During her tenure, Zukowski has played an active role in this rapidly expanding department. She spent eight years as a clinical instructor for Holyoke Community College’s Radiologic Technology program. She was also instrumental in the 2005 renovation of the department as part of the hospital’s Second Century Campaign.

The CRA program is the only credentialing opportunity recognizing the range of skills and expertise that an imaging administrator possesses. The credential was designed to recognize professional competencies in five key medical-imaging management areas: financial management, communication and information management, human-resources management, operations management, and asset management.

“With 15 years as manager of Baystate Franklin Medical Center’s Radiology and Imaging Department, Lynda has already proven herself to be a high-performing manager,” said David Farrick, the hospital’s chief operating officer. “Earning her CRA credential is an external confirmation of her radiology-management skills and commitment to her profession. Lynda is an integral part of the success of the radiology department.” 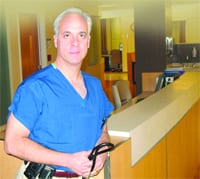 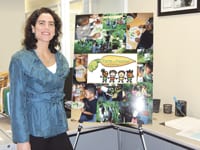