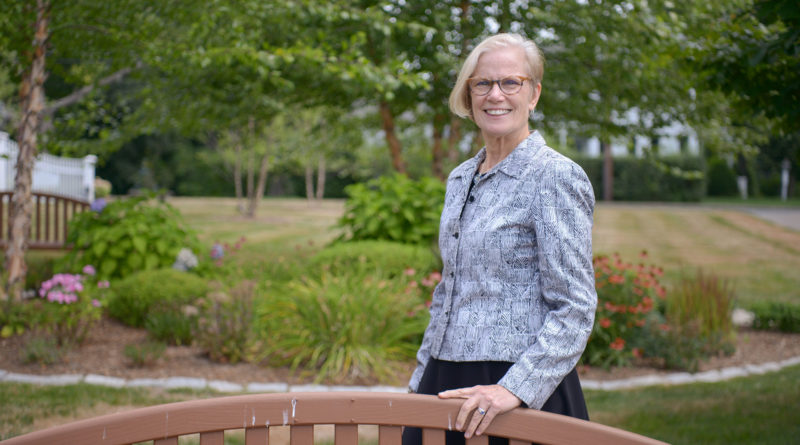 As director of Community Engagement at the Loomis Communities, Carol Constant has developed a number of ways residents of the three sites — Loomis Village in South Hadley, Loomis Lakeside at Reed’s Landing in Springfield, and Applewood at Amherst — can be, well, engaged with the world outside their walls.

“It’s not a silo — we’re out supporting the community, and the community is invited to be a part of what we do,” she said, citing examples like supporting awareness walks, food drives, and other events relevant to area seniors.

But it was a resident of Loomis Village, named Rachel Tierney, who got her thinking about the concept of engagement in a new, broader way.

“She had been a long-time caregiver for her husband, and she’s a retired psychiatric nurse,” Constant said. “She had heard about the dementia-friendly movement, and when she saw my title, she approached me and said, ‘hey, do you want to think about this?’”

Constant did. In fact, the idea of dementia-friendly communities — a movement that aims to teach first responders, municipal workers, and business owners how to interact with people with dementia — appealed to her, so she was pleased when her first meeting in South Hadley, in March 2015, drew a wide range of stakeholders: fire and police chiefs, the town administrator, a librarian, the senior-center director, and Chamber of Commerce members, to name a few.

“We sat them down in a room and said, ‘we have this idea about educating and raising awareness about dementia. How have you experienced dementia in your daily lives?’” she recalled. “These are busy people, and we promised to take only an hour of their time, but just going around the room hearing the stories took an hour. Everyone had a story.”

More than four years after that first meeting, the loose coalition known as Dementia Friendly Western Massachusetts (DFWM) has drawn the support of dozens of area organizations, sponsored myriad awareness and education events, and, most importantly, made area communities better places to live for people with dementia.

It’s an effort that will only become more important as Baby Boomers continue to march into their senior years, living longer, on average, than previous generations. The number of Americans with Alzheimer’s is projected to rise by 55% by 2030, and by 2050, the Alzheimer’s Assoc. estimates the total number could explode to nearly 14 million.

“There’s a huge stigma around dementia,” Constant said. “How can we make people recognize that there’s no shame in it, that nobody who has dementia did something bad? One of the goals is to destigmatize it because people get worried they’re going to embarrass themselves.”

It starts with small steps, she added. “Just check yourself. You may be in a hurry at the store, there’s a long line at the register, and this person is having a hard time counting their money. So slow down and recognize what’s happening and how to be helpful.”

For taking those steps along with a raft of like-minded individuals and organizations, Constant is positively impacting an often-forgotten population, and teaching entire communities that there’s plenty of work left to do.

• Education and training for those who might encounter an individual with dementia, including fire and EMT first responders, faith communities, and frontline workers in banks, retail stores, and restaurants;

• Development of support groups, memory cafés, and other programs that support individuals and their families; and

• Development of a website and materials that provide a calendar of events and resources available to families the region.

These supports are critical, Constant said, as research shows that supportive care helps people living with dementia and their caregivers experience less physical and emotional stress, better health, fewer hospitalizations, and less time in long-term-care facilities. Additionally, caregivers need support, as caring for someone with dementia puts a strain on their physical and mental health as well as relationships with other family members. Finally, educational programs that build awareness of the challenges faced by these individuals and their families will help assure that, when they are in the community, they are treated with respect and dignity.

To Constant, much of this work comes down to one question. “How can we be supportive of people in the community and destigmatize dementia? When they get embarrassed and shamed, they isolate and become depressed, and that does not help — that further exacerbates the problem for them. This is a movement to raise awareness and destigmatize dementia, in addition to providing education and support for people in the community about dementia.”

Take memory cafés, for example — places where people with dementia and their loved ones and caregivers can hang out and relax, free from the stress that often accompanies other community outings, because everyone knows everyone else in the room understands their experience.

“So often, we get caught up with caregiving, and we forget to have fun with the person we’re caring for,” she explained. “So it’s an hour, hour and a half where people can meet someone in a similar situation, hang out together, relax, and have fun.”

Memory Cafés have been established at Armbrook Village in Westfield and councils on aging and senior centers in Holyoke, South Hadley, Belchertown, Hampden, Greenfield, and Shelburne Falls. Heritage Hall East in Agawam is in the process of starting one.

Constant is gratified to be recognized as a Healthcare Hero, especially considering the category — Collaboration in Health/Wellness. On several occasions during her interview with BusinessWest, she emphasized that she can’t take credit for all this work; it’s about creating partnerships with area agencies that serve older adults. “We got the right people together in the room, and we started programming.”

The purpose of their collective efforts, simply put, is to build broader community awareness of the issues around dementia, not only through the website and materials promoting support resources and programs, but by encouraging and training organizations, agencies, and towns in the region to become involved in the dementia-friendly movement.

Each target audience has different needs and different ways to connect. For example, first responders often feel frustration when encountering people with dementia, because their role is often to stabilize a situation and then move on. When they encounter a situation where it’s obvious that someone in a home is struggling with dementia and may not have the supports they need, they often feel there’s not much they can do, Constant said.

With that in mind, Dementia Friendly Western Massachusetts developed a visual resource, the size of a business card, that’s printed, in both English and Spanish, with the contact information of organizations that can provide dementia-related resources to families. First responders can leave this card with a family when they feel it’s warranted.

“First responders rush in and rush out — assess the situation and get everyone safe. Then they leave,” Constant said. “There’s a sense of frustration when they know the situation is bigger than ‘we got the fire out.’ This is something they can hand to the family member.”

Or, when police arrive at a home, they might encounter someone who’s agitated and on edge, but not dangerous or mentally ill — they simply have dementia and are trying to navigate a stressful situation.

“Maybe we need to slow it down a little bit, make eye contact, get at their level,” she said. “When I talk to first responders, I see and hear that they do this naturally, but a little layer of education around it is also really helpful. And I’ve heard that from police chiefs in all the communities we’ve been working in.”

It’s just one way she and the other coalition members are changing the conversation around dementia — right down to the very words people employ.

“So much of the language we use around dementia is ‘afflicted,’ ‘stricken,’ ‘the tsunami’ — all this negative language,” she noted. “No wonder it’s stigmatized. So, how do we make people feel not ashamed, not embarrassed about it, and not isolated?”

The community education goes beyond words, as well, and gets to the heart of how people with dementia are treated. For instance, people will sometimes stop talking to an individual with dementia altogether — instead always addressing their companion — even though there’s often many years between diagnosis and the time when someone becomes so debilitated they can’t go out anymore.

That goes for everyone — individuals with dementia, their care partners, and the community as a whole.

Constant is grateful the Loomis Communities gives her a “long leash” when it comes to her work with Dementia Friendly Western Massachusetts, but not surprised, as it’s really in Loomis’ best interest.

And she’s also thankful for the individual moments that demonstrate the value of engaging people with dementia fully in society.

“Having someone who’s living with dementia come up and talk to you and start a conversation and share their experience and that of their care partner, it’s wonderful to see,” she said. “If we can do one thing to make the quality of life for someone better, why wouldn’t we?”

When her mother-in-law was diagnosed with dementia 30 years ago, she added, she didn’t have the resources available today; no dementia-friendly initiatives existed back then. But she wishes they had. “I learned all my lessons the hard way. I wish I had known as much about it as I do now.”

Still, there’s a lot to learn, she added, and a lot of passionate people — again, this is certainly a collaborative award — working on improving quality of life, one person and one community at a time.

“It’s been great making these connections, and that’s really powerful,” Constant concluded. “If it was up to just one person to do this, it wouldn’t happen. It’s all about getting all the right people in the room.”

Joseph Bednar can be reached at bednar@businesswest.com 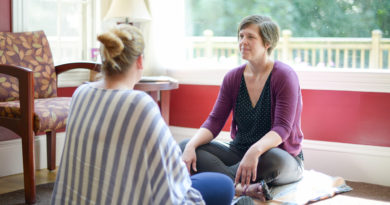