The number of visits to a doctor’s office that resulted in a diagnosis of bipolar disorder in children and adolescents has increased by 40 times over the last decade, reported researchers funded in part by the National Institutes of Health (NIH).

Over the same time period, the number of visits by adults resulting in a bipolar disorder diagnosis almost doubled. The cause of these increases is unclear. Medication prescription patterns for the two groups were similar. The study was published in the September 2007 issue of the Archives of General Psychiatry.

Dr. Mark Olfson of New York State Psychiatric Institute of Columbia University, along with National Institute of Mental Health (NIMH) researcher Dr. Gonzalo Laje and their colleagues, examined 10 years of data from the National Ambulatory Medical Care Survey, an annual, nationwide survey of visits to doctors’ offices over a one-week period, conducted by the National Center for Health Statistics.

“It is likely that this impressive increase reflects a recent tendency to over-diagnose bipolar disorder in young people, a correction of historical under recognition, or a combination of these trends,” Olfson said. “Clearly, we need to learn more about what criteria physicians in the community are actually using to diagnose bipolar disorder in children and adolescents and how physicians are arriving at decisions concerning clinical management.”

The fourth edition of the Diagnostic and Statistical Manual of Mental Disorders provides general guidelines that can help doctors identify bipolar disorder in young patients. However, some studies show that youths with symptoms of mania (overexcited, elated mood) — one of the classic signs of bipolar disorder — often do not meet the full criteria for a diagnosis of bipolar disorder. Other disorders, such as attention-deficit hyperactivity disorder (ADHD), may have symptoms that overlap, so some of these conditions may be mistaken for bipolar disorder as well. For example, in a study conducted in 2001, nearly one-half of bipolar diagnoses in adolescent inpatients made by community clinicians were later reclassified as other mental disorders.

Doctors also face tough questions when deciding on proper treatment for young people. Guidelines for treating adults with bipolar disorder are well-documented by research, but few studies have looked at the safety and effectiveness of psychiatric medications for treating children and adolescents with the disorder. Despite this limited evidence, the researchers found similar treatment patterns for both age groups in terms of use of psychotherapy and prescription medications.

Of the medications studied, mood stabilizers, including lithium — which was the only medication approved at the time of the study by the U.S. Food and Drug Administration for treating bipolar disorder in children — were prescribed in two-thirds of the visits by youth and adults. Anticonvulsant medications were the most frequently prescribed type of mood stabilizers in both groups.

Roughly the same percentage of youth and adult bipolar visits included a prescription for an antipsychotic medication, although young patients were more likely to be prescribed one of the newer, atypical antipsychotic medications, such as aripiprazole (Abilify) or olanzapine (Zyprexa), than other types of antipsychotics. This finding suggests that doctors may be basing their treatment choices for bipolar youth on prescribing practices for adults with the disorder.

The study had several important limitations. For example, the survey relied on the judgment of the treating physicians, rather than an independent assessment. As a result, the researchers’ findings reveal more about patterns in diagnosis among office-based doctors than about definitive numbers of people affected by the illness. Another limitation is that the survey recorded the number of office visits instead of the number of individual patients, so some people may have been counted more than once.

“A 40-fold increase in the diagnosis of bipolar disorder in children and adolescents is worrisome,” said NIMH Director Dr. Thomas Insel. “We do not know how much of this increase reflects earlier under-diagnosis, current over-diagnosis, a true increase in prevalence of this illness, or some combination of these factors. However, these new results confirm what we are hearing increasingly from families who tell us about disabling, sometimes dangerous psychiatric symptoms in their children. This report reminds us of the need for research that validates the diagnosis of bipolar disorder and other disorders in children and the importance of developing treatments that are safe, effective, and feasible for use in primary care.”

This research, performed at a National Center on Minority Health and Health Disparities (NCMHD) Center of Excel-lence, “underscores the need to fully engage the community with their health care providers to better understand the actual prevalence of bipolar disease in children and adolescents,” said Dr. John Ruffin, director of NCMHD.

The study was funded by the NIMH Intramural Research Program, the National Institute on Drug Abuse, NCMHD, the Agency for Healthcare Research and Quality, the Alicia Koplowitz Foundation, and the New York State Psychiatric Institute. 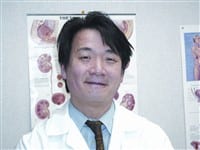