The long-suspected link between birth control pills and cervical cancer was reinforced by a prominent French study last month, but women who are screened regularly have little to worry about from the findings.

However, cervical cancer is also one of the more uncommon cancers in American women, largely because of early detection through Pap tests. As long as women keep up a regular screening regimen, doctors say, the additional risk from birth control should be negligible.

For that reason, women should not be too alarmed by the findings, said Dr. Debbie Saslow, director of Breast and Gynecologic Cancer for the American Cancer Society — especially considering that fact that oral contraceptives can decrease the risk of some other diseases, such as ovarian cancer.

“Women should consider that there are lots of pros and cons to every birth control method, and choose what they are most comfortable with,” she said.

It all comes back, doctors say, to proper screening, which in itself can reduce the risk of cervical cancer far below a level at which birth control pills might make a significant difference.

Although relatively uncommon compared to breast cancer and other diseases — it doesn’t even rank in the top 10 cancers in American women — cervical cancer is still diagnosed in about 12,000 women in the United States each year, killing 4,000 of them, according to the American Cancer Society.

However, it is the second-most common cancer among third-world women and a significant cause of death worldwide. Infection with human papilloma virus (HPV) has been found to be a major risk factor, but researchers have often pointed to the long-term use of oral birth control as another, perhaps lesser factor.

“The link between birth control and cervical cancer has been there for years and years, but one of the real difficulties is how to separate that from the other risk factors, such as multiple sexual partners — and whether people really fess up to that,” said Dr. Ronald Burkman, chair of Obstetrics and Gynecology at Baystate Medical Center.

“People have gone back and forth on this,” he continued, “but when you look at the close to 30 really good studies published in this area, the bottom line seems to be that the duration of use of oral contraceptives is associated with an increased risk for cervical cancer.”

In the latest study, which was commissioned by the World Health Organization and conducted by scientists from the International Agency for Cancer Research and the United Kingdom, 28 published studies, involving more than 12,000 women, were re-analyzed. Those studies examined the use of birth control pills in women with cervical cancer compared with that of women who did not have the disease.

Women who had used oral contraceptives for fewer than five years reported, on average, no increase in the risk of cervical cancer. But those who had been on the pill for five to 10 years demonstrated a 60{06cf2b9696b159f874511d23dbc893eb1ac83014175ed30550cfff22781411e5} increase in cervical cancer rate, while women using them for more than 10 years had, on average, a cancer rate more than twice that of women who did not use the pill.

When researchers examined women who had other risk factors for cervical cancer, such as HPV infection, smoking, multiple sexual partners, or residency in less-developed countries, the risk was always higher in women who had taken birth control pills for a long time.

The good news seems to be that the cancer risk appears to drop off after stopping use of oral contraceptives, but there s no clear indication of how long women need to be off the pill. Some estimates peg the risk reduction to begin after eight years without birth control, but more studies must be conducted to get a clearer idea, scientists say. In any case, “it looks like, when you stop using the pill, the risk does start falling,” Burkman said.

The most valuable lesson to take from these studies, he suggested, might be the value of regular screenings, which are the primary reason cervical cancer is so much less common in America than in less-developed areas.

“We can pick it up on a Pap smear and treat it before it becomes invasive,” Burkman said. “All this means is that women on oral contraceptives have to have annual Pap smears, and, if they have a history of abnormal Pap smears, they need to follow up more frequently.”

“Fortunately, we have excellent screening,” Saslow said, “and we can detect and remove or treat the vast majority of changes in the cervix before they become cancerous.”

There are some other cancers, such as some benign tumors of the liver, in which birth control pills increase the risk by as much as 50 times, Burkman said. However, the cancers themselves are so rare that there are no screenings available. In the case of cervical cancer, the screening is so easily accessible that women shouldn’t worry about how oral contraceptives will alter the risk.

“Women don’t need to limit their use of birth control pills,” he said. “For most women, the risk of invasive cancer is low as long as they’re getting regular Pap smears.”

Considering the statistics in America and the effectiveness of Pap smears in screening for cervical cancer, this is one case in which science is clearly on the side of women — no matter how alarming some reports might sound.

Your Employees’ Parking Spots May Increase Your Income Tax 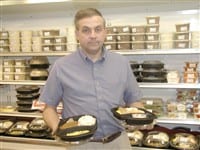