To hear Mercy Medical Center’s chief of Radiology tell it, the hospital’s new, all-digital mammography machines will do more than improve patient care.
“This system will revolutionize breast care,” Dr. Steve Allen said of two Senographe 2000D machines produced by GE Medical Systems. “It allows us to offer clients state-of-the-art mammograms with the least possible hassle and disruption to their lives. It also gives our referring physicians amazingly accurate images to use in diagnosis.”

The new mammography system produces breast images through computerization rather than on traditional X-ray film, he explained.

Among the many advantages of the technology, perhaps most important is the fact that the images produced by the Senographe 2000D are extremely clear and easy to read, and can give better visibility, especially near the skin line.

Allen said the equipment, which became available to Mercy patients in July, is the centerpiece of the newly expanded Center for Mammography at Mercy Medical Center in Springfield.

The machines, which GE Medical Systems tout as the world’s first all-digital mammography system, have a price tag to match their high expectations, as each cost the hospital $430,000.

The Senographe 2000D produces images that are ready to read in 10 seconds, meaning women no longer have to wait while films are developed to be sure the images are usable, Allen said. That means the test can take as little as half the time as a film mammogram. If a second opinion is needed, the image can be sent electronically to another physician anywhere in the world, who can then print it out on film for review.

The new equipment highlights the final stages of Mercy’s $1.1 million expansion project that will double the size of the hospital’s mammography service.
The center provides a variety of high-tech services, including screening mammograms, diagnostic mammograms, stereotactic core biopsies, and pre-surgery localization procedures. Patients are treated in a modern, private, and comfortable setting, Allen stressed. For example, the Mammotome/Biopsys prone-table Stereotactic Core Biopsy unit allows patients to have their biopsy procedure performed while lying down, which is more comfortable.

In May, the ACS revised its recommendations on breast cancer screening, which now state that women should have annual mammograms beginning at age 40. The group insists this is the best way to detect breast cancer in its early stages, when the disease is most easily cured.

Approximately 200,000 women in the United States will be diagnosed with breast cancer this year, according to the ACS, and 40,000 will die of the disease.

Stephen B. Spagna, administrative director of Imaging Services at Mercy, hopes the hospital’s technological advances help make a dent in those numbers locally.
“The Center for Mammography currently performs approximately 800 mammograms a month,” Spagna said. “Installation of the new digital technology will offer improved convenience for patients while allowing Mercy to increase the number of people we serve.” 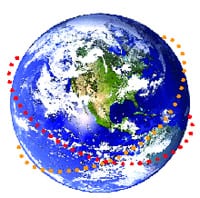 Is It Alzheimer’s? Forgetfulness Is Not Always a Sign of Dementia