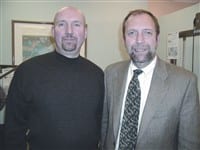 From a business standpoint, Riverbend Medical Group’s recent purchase of Springfield Diagnostics and Rehabilitation (SDR) was, by definition, an acquisition.

But Robert L. Lounsbury, M.D., Riverbend’s president, and Dr. Joseph Boyle, president of SDR, both say that from a medical perspective, they prefer to call this a merger. That’s because chiropractic, physical therapy, and medical services are now under the same roof in a unique relationship that could become a model for use in multi-specialty groups across the region.

By vertically integrating chiropractic services into Riverbend’s many specialty areas of care — from ob/gyn to behavioral health, cardiology to gastroenterolgy — the group is giving new legitimacy to that form of alternative medicine, said Lounsbury. Meanwhile, the addition of chiropractic brings more convenience to patients and opportunities for physicians to provide more integrated, or streamlined, care.

“The physicians in our group are well aware that patients are accessing these types of services and gaining benefit from them,” he said, referring to chiropractic care but also acupuncture and other types of alternative, or complementary, medicine. “To the extent that we could bring chiropractic in and meld it with the traditional MD-type of care, we thought we’d be able to provide a more comprehensive and coordinated type of care for patients.”

Boyle concurred, and said the new environment created as a result of the acquisition should provide a greater degree of “comfort” for patients and those treating them.
“Because patients will have better access to multiple options for treatment of their problems, it’s likely that their symptoms can be relieved more quickly and more completely,” he said. “Meanwhile, experienced chiropractors and physical therapists are now part of a quality-focused traditional medical group.”

In effect, SDR, now doing business as Riverbend Chiropractic and Physical Therapy, becomes a division of Riverbend, the largest private, multi-specialty group in the region, said Lounsbury, who expects that division to grow as more patients and employers come to understand the benefits of having it under the Riverbend umbrella. He also expects the model to be incorporated at other Riverbend facilities, starting with the location in Chicopee.

And for the future, Boyle believes that in time — perhaps within a year — he and Lounsbury can properly quantify and qualify the success of the new arrangement at Riverbend and sell the model (in both a figurative and literal sense) to those who may want to adopt it.

The Healthcare News looks this month at how this unique relationship came about, and what this larger, more diverse Riverbend means for patients and area employers.

Back to the Future

On March 3, SDR’s staff of five — chiropractor Michael Nicaretta, physical therapist Lisa Millette, and three administrative staff members — completed a move from their offices on Bicentennial Highway into space within Riverbend’s complex, right next door, and began seeing patients there.

The move might not have been significant in terms of the distance traveled, but it was with respect to the revolutionary nature of the new partnership. Chiropractors and MDs working side by side is something that hasn’t been done — at least to this extent — in this region.

Lounsbury stressed that the new model created through the acquisition of SDR would not work with just any chiropractic provider — or with any private multi-specialty group, for that matter. Both entities have to be on the same page, he said, and historically, they have not been.

And the reason has to do basically with the hard differences in the approaches taken to the human body and how to treat it for disease.

“I think Joe’s was a good practice to bring in because his way of looking at chiropractic care is to provide that care within a model that thinks of the human body in the same way that an MD does,” said Lounsbury. “That differs from some of the more unusual thought processes that medical doctors are afraid of getting involved with.

“As MDs, we’ve all heard stories from patients like, ‘my chiropractor says he’ll adjust my back and that will help my heart,’” he continued. “While we won’t dismiss out of hand the possibility that there may be some benefit, we as scientists have a hard time linking those two things together, and would not be comfortable linking up with a chiropractor who wants to treat an infectious disease with manipulation.”

That’s the term for the technique employed by chiropractors to relieve pain in the back, joints, muscles, and other areas. Manipulation is still a somewhat controversial subject, as are the claims by some chiropractors about its success in curing what ails specific patients.

“Historically, chiropractic did not have a well-defined scope of practice … chiropractors would use manipulation for a broad spectrum of human ailments,”said Boyle. “In reality, over the past 20 or so years, the scientific literature showed that while there was some empirical evidence that it helped a with number of ailments, the real hard evidence focused on musculo-skeletal and neuromuscular types of disorders.

“I had always limited my scope of practice to the care and treatment of patients who had those muscular/skeletal types of disorders,” he continued. “That led us to have a medical model that was similar to that of any other type of physician; we were very much alchem-based and alchem-oriented.”

That approach to chiropractic care made the practice popular with a number of payer groups within a widening managed care system, said Boyle, who told The Healthcare News that, after a hand injury in the late ’90s left him unable to administer the most common forms of chiropractic care, he began looking for other business models in which to function. His experiences had shown him that chiropractic services could be vertically integrated into a medical system when there is appropriate standardization of care.

Lounsbury had essentially come to the same conclusion, and the two found that a suitable business and health care partner could be found right next door.

Recognizing SDR’s different approach to health care and the popularity of chiropractic services among many of Riverbend’s patients, Lounsbury said he started talking with Boyle about a model for incorporating his company into the practice.

“We went through lots of different models, and ultimately decided that it should be part of Riverbend, as opposed to a separate entity that was closely related,” he said. “In this model, it’s just another department, like cardiology.”

Which brings us back to that term merger.

“The reason we use that word is because it connotes something more collaborative, as opposed to buying something and possessing it,” said Lounsbury. “The whole idea of a multi-specialty group is that it is a group of practitioners practicing, and that’s what we have here.”

By bringing chiropractic into the Riverbend fold, the practice is sending a message to both the chiropractors and their patients about the legitimacy of that type of care, said Lounsbury.

“One of the biggest things for our patients to get out of this is the realization that their physicians are aware of this, are involved in it, embrace it, and see it as a legitimate form of care, as opposed to something they may want to hide from their doctor,” he explained. “And that was a trend — a trend that’s been reversing, but that’s been something that patients have been afraid to let their primary care doctor know they’re doing.”

The comfort zone is also expanded for the MDs and chiropractors now working under the same roof, he said, adding that by working in close proximity to one another, the collegiality, as he termed it, is enhanced.

“The chiropractor will be less hesitant to pick up the phone and call an internist and ask for some assistance with a particular patient,” he said, “and I think the same will be true of that internist calling a chiropractor or physical therapist. There will be less inhibition on both sides.”

Boyle concurred, adding that , for many chiropractors, isolation is a problem.

“Even today, most chiropractors practice as solo practitioners, and because of that, they have some degree of isolation from having day-to-day interaction with other health care providers,” he said. “This group presents a new level of collaboration … the ability to talk easily with 60-plus physicians is a tremendous benefit.”

For now, Boyle and Lounsbury are focused squarely on making sure the new collaboration is in place and running as smoothly as possible. Soon, however, thoughts will shift to adding more chiropractors and physical therapists at the Springfield location, and then taking the working model to other Riverbend facilities and then well beyond that practice.

Lounsbury told The Healthcare News that the melding of the SDR and Riverbend services provides a number of growth opportunities. He expects the practice to add several chiropractors over the next several months, and to add chiropractic care to the roster of services available at the company’s Chicopee location within a year.

Additional expansion could take place at other locations, such as Agawam, he said, but growth will be very much controlled. “We don’t want to bite off more than we can chew.”

“Some people use a chiropractor almost like they would a primary care physician,” he explained. “For them to now be able to obtain chiropractic care, but have it within a model where they also have good access to medical physicians who know and understand that these patients are using alternative care, is a tremendous benefit.”

One of the challenges for the future is to get the message about the benefits of this new working model across to patients, employers, and even other multi-practice groups that may wish to incorporate it.

“We want to target larger employer groups,” he said, “because when you can develop a model like this, and you can bring everything together in a concise and comprehensive manner, you can provide care in a more cost-effective manner, and with better outcomes.”

By acquiring Springfield Diagnostic and Rehabilitation, Riverbend wasn’t just buying a chiropractic group, said Lounsbury; it was buying into a new concept.
Time will tell how successful this unique union of MDs and chiropractors will be, but for now, Lounsbury and Boyle believe they have a winning combination, one with benefits for patients and employers alike. 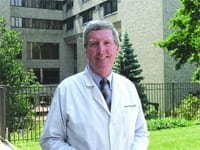 The Dog Stays Many Families Learn to Live with Pet Allergies 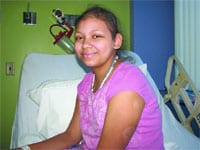