NORTHAMPTON — In a report released recently, Healthgrades, the leading provider of information to help consumers make an informed decision about a physician or hospital, named Cooley Dickinson Hospital a 5-star recipient for gynecologic surgery for the second consecutive year.

Cooley Dickinson is also ranked in the top 5 in Massachusetts for gynecologic surgery outcomes.

Last month, Cooley was also recognized for being in the top 5{06cf2b9696b159f874511d23dbc893eb1ac83014175ed30550cfff22781411e5} in the nation for patient safety. Cooley is one of only four hospitals in Massachusetts and 66 facilities nationwide to achieve the HealthGrades Patient Safety Excellence Award™ for 2009–2012; no other hospital in the Springfield area has this four-year track record of distinction in patient safety.

Any surgical procedure can have complications. When HealthGrades evaluates hospital outcomes, it looks for differences in patient characteristics, such as age and/or chronic diseases, which increase the likelihood of a complication, or adverse outcome. This is called “risk adjustment.”

This lower complication rate is consistent with Healthgrades’ research, which found, overall, that women who undergo gynecologic surgery at 5-star-rated hospitals experience 56{06cf2b9696b159f874511d23dbc893eb1ac83014175ed30550cfff22781411e5} fewer complications than at lower-performing hospitals. Healthgrades gave only 461 hospitals a 5-star designation in gynecologic surgery.

“Cooley Dickinson is committed to providing the women of Northampton with the highest possible quality care,” said Edward J. Patton, MD, chair of the department of obstetrics and gynecology at Cooley Dickinson.

“We know from analyses like Healthgrades that our quality outcomes are good and that we do more at Cooley Dickinson to prevent complications,” Patton continued. “While it is gratifying for our surgeons and the nurses and other providers on the surgical team to be recognized for the outcomes they produce, it means more to us that, ultimately, our patients benefit most from top gynecologic surgery care.”

Divya Cantor, MD, MBA, Healthgrades senior physician consultant and author of the study, said, “A clear disparity exists between the complication rates that occur at hospitals performing at lower levels for gynecologic surgery compared to those Healthgrades has identified as 5-Star hospitals. Our goal is not only to arm female patients with up-to-date statistics on clinical outcomes as they research and select health care providers, but also to name the hospitals that are setting the national standard for gynecologic surgery.”

Key findings of the Healthgrades 2012 Trends in Women’s Health in American Hospitals report include: 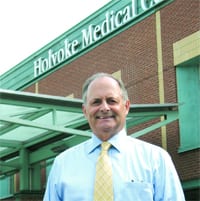 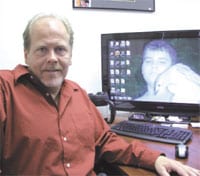