NORTHAMPTON — Cooley Dickinson Hospital and the Mass. Nurses Assoc. have reached a tentative agreement on a three-year contract, reflecting mutual commitment on both sides to settle the contract.

The tentative agreement was reached after a long session. During the meeting, issues regarding staffing and wages were worked out with the help of a federal mediator.

“After many long months of meetings and give and take on both sides, the RN Negotiating Committee is pleased to have come to an equitable end to our negotiations with management,” said Sally Surgen, chair of the MNA Nurses Committee. “We are grateful for the support of our fellow nurses and the community. We look forward to moving on to the new affiliation/partnership.”

CDH President and CEO Craig Melin said the administration is pleased with the final settlement. “Though the long negotiations process was difficult at times, we look forward to a joint renewed commitment to maintaining and improving on our high standards for patient care. The registered nurses at CDH are key contributors to our hospital’s status among the top 5{06cf2b9696b159f874511d23dbc893eb1ac83014175ed30550cfff22781411e5} of hospitals in the nation when it comes to patient safety.”

The wage agreement provides increases to nurses while also allowing the hospital to hold the line on costs — a critical step that Cooley Dickinson has taken to reduce prices and make care more affordable for members of the community.

The parties agreed that nurses hired after the ratification date of the contract will be eligible to participate only in the hospital’s 403(b) retirement program, with a core contribution from the hospital and a match of employee contributions up to 6{06cf2b9696b159f874511d23dbc893eb1ac83014175ed30550cfff22781411e5}. Currently employed RNs in the bargaining unit will have until June 30, 2012 to choose to stay in the current pension plan or switch to the 403(b) plan.

They also agreed to include successor language that MNA proposed in the contract. The language will require a new owner to honor the terms of the MNA contract. Successor language was one of the key goals of the MNA Committee. Cooley Dickinson’s trustees were expected to decide at the end of February whether to join Baystate Medical Center or Massachusetts General Hospital.

The MNA Committee indicated it would recommend ratification of the contract to its membership. 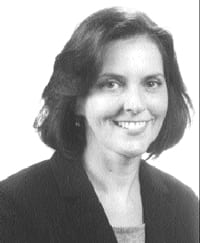 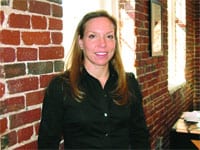