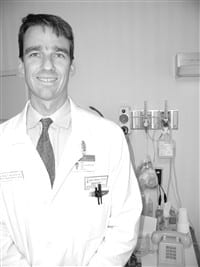 It is a simple truth: More Americans die in hospitals than anywhere else.

But despite this sobering statistic, there is simply not enough attention being paid to the subject of death in health care, says Win Whitcomb, director of the Inpatient Medicine Service at Mercy Medical Center, a man who should know.

Indeed, as a specialist in inpatient medicine — or hospitalist, as the profession is now known — Whitcomb and other members of his team see someone at the very end of their life nearly every day. He said people in this state reach a point where what they want most is comfort and dignity — not necessarily more tests, procedures, or medications to prolong their illness and, therefore, their life.

Understanding this is one thing, said Whitcomb, adding quickly that being fully prepared for end-of-life is something else altogether. And by ‘prepared,’ he was referring to the patient, his or her family, and the physician caring for that patient. All three of these parties often know when death is inevitable, he said, but they are not necessarily focused as keenly as they should on making that time go as the patient would want it to.

In a wide-ranging interview on the broad subject of end-of-life issues, Whitcomb, who has spoken on the subject numerous times, said patients and their families must spell out specifically the steps that are to be taken — or not taken — when death is imminent. Meanwhile, he said physicians should seek out additional training in end-of-life care and thus learn how to “shift gears,” as Whitcomb put it, and move from care that would extend life to equally aggressive care that provides what the patient wants most — comfort and dignity.

“We know from research that many people who die in hospitals die in pain and exposed to technological interventions that they may not necessarily want,” he told The Healthcare News. “I think changes need to be made in the care of the dying in a hospital setting.”

In a word, Whitcomb said he wants to “de-medicalize” death.

Asked to explain what he meant by that term, Whitcomb drew what would be the first of many analogies to health care at the other end of the spectrum — birth.

He said that much care and thought goes into the actual delivery of a baby and how that process will unfold. In the medical community, profound changes have taken place in maternity care, including use of more holistic approaches and the creation of so-called birthing centers, to make sure that every need of the mother, newborn, and even family members is considered. Whitcomb believes the same level of attention should be focused on end-of-life care.

They should think about that day, he said, as painful as that exercise would be, and take the steps to ensure that they spend their final days and hours as they would want — and not as some doctor trained to prolong life would allow them to.

And this means being specific about guidelines for end-of-life care in a document known as an advanced care plan, he said. All too often, people are vague when setting guidelines for the steps they do or do not want taken to prolong life, he said, adding that the phrase “extraordinary measures” is far too subjective.

“You really need to be specific,” he explained. “If you have emphysema, for example, that advanced care plan needs to say something like, ‘the next time I have a flare-up I want you to use morphine to take away my air hunger and make it so I don’t suffocate. Make me comfortable, but don’t put me on a respirator!”
All too often, patients and their families leave too much to chance, he said, and this is why too many people die in pain and in ways they wouldn’t accept if they were aware of alternatives and actually chose them.

And this is where the system needs to be changed, said Whitcomb, adding that many physicians don’t have the time or the inclination to spell out end-of-life options for their patients, and insurance companies are not going to pay them to do so.

“The system does not support the time it takes to explore these options … the payment systems don’t give physicians the time to spend with each patient and go over these decisions,” he said. “But there’s also the issue that physicians simply aren’t trained in this area — the awareness isn’t there.”

In general, physicians — and the health care systems in which they work — need to rethink end-of-life issues, or at least think more about them, said Whitcomb. In the process of doing so, they need to understand that care provided to the dying is as important as any other type of care given to people of any age.

Indeed, while it’s important for physicians to weigh the desires of patients and family members when making decisions about prolonging life, it is equally important to aggressively treat those who are near death to ensure that there is comfort and dignity.

“I think physicians need to be intolerant of what I would call poor end-of-life care,” he said. “In other words, if someone’s suffocating who has explicitly said that they don’t want to be put on the ventilator, then that person needs to be treated aggressively for their symptoms.

“To me, that should be viewed as urgent as delivery of treatment for someone who’s suffering a heart attack,” he continued. “That person who’s dying needs to have their medication administered with as much urgency as any other patient; sub-optimal care at the end of life needs to be looked at the same way as sub-optimal care is viewed in other situations — and right now, it’s not.”

Too many physicians accept suffering as a part of dying, he told The Healthcare News, adding that a change of mindset will occur through more training on end-of-life care and greater awareness of its importance in the broader picture of health care.

In the final analysis, Whitcomb said, patients, their families, and especially physicians simply need to spend more time focused on end-of-life care and undertaking it with the same urgency they would any other type of care.

“We can’t always cure people, and we can’t always take away their pain,” he explained. “But we can always comfort them, and that’s what we have to do.” 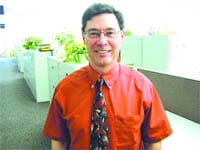