When administrators at Baystate Medical Center talk about the hospital’s $1.8 million emergency department expansion, it isn’t long before the conversation comes around to how a more efficient registration process directly affects patient safety.
And when doctors bemoan the still-too-low Medicaid reimbursements they must deal with — as well as the soaring liability insurance costs they must bear — the worry is that conditions will eventually force large numbers of physicians to other states, leaving a growing population with less access to medical care.

And when nurses and their administrators debate the pros and cons of legislation to mandate minimum staffing levels, the discussion always centers around how patients are affected by nurse shortages.

In fact, virtually any health care story — and the three issues listed above are all dealt with in this issue of The Healthcare News — can be framed in terms of patient safety. That’s only natural; this is the healing business, after all.

But there’s an added tone of urgency in these discussions these days. Patient safety is topic number one, the issue that links together all related debates. Why? Because the evidence says there’s reason for concern.

There’s the recent Mass. Nurses Association survey of its members, in which 29{06cf2b9696b159f874511d23dbc893eb1ac83014175ed30550cfff22781411e5} of respondents claim that, in their experience, understaffing has led directly to a preventable death — while clear majorities say the situation has contributed to medication errors, complications, and readmissions.

Meanwhile, the National Institute of Medicine has gotten plenty of mileage — and ammunition for calls to change the system — from its report that between 44,000 and 98,000 deaths per year are directly due to medical errors. Many of those errors, some would claim, stem from the understaffing issue as well.

State Sen. Richard T. Moore (D-Uxbridge), who chairs the legislative Joint Committee on Health Care, has read these numbers too, and he has put forward dozens of bills designed to improve patient safety in the state’s health care system. But there’s a certain irony to the way he addresses the issue.

Addressing an audience earlier this year, Moore referred to a recent study conducted by Boston’s Brigham and Women’s Hospital and the University of Ottawa that concluded that medication error is the eighth-leading cause of death in the United States, and that 20{06cf2b9696b159f874511d23dbc893eb1ac83014175ed30550cfff22781411e5} of discharged hospital patients experienced easily preventable negative effects from medical errors.

“There is more than ample evidence that adverse events such as those cited in the study harm the health — and even the lives — of patients, but they also add to the high cost of health care,” Moore said.

“This cost is passed on to the state, if the patient is on Medicaid or the state’s insurance program for public employees, or to private insurers or HMOs. Ultimately, all taxpayers and health plan subscribers pay these additional costs in higher taxes and health insurance premiums.”

Very true. However, such an argument also bolsters — even if it doesn’t intend to — doctors’ and hospitals’ argument that the state needs to do a better job of funding the health care system.

The fact that Medicaid reimburses only 71 cents on the dollar for care provided has been kicked around for so long, it has become a tired refrain. But still the number stands, unaddressed by the state Legislature even as lawmakers discuss bill after bill to improve patient safety.

The simple fact is, funding the Medicaid system properly would help ensure that physicians and nurses stay in the state, that patients have access to services, and — as a direct result of these improvements — that medical errors would surely decrease.

And when medical errors decrease, as Moore himself noted, the state’s bottom line gets a little healthier, too.

If that’s not a strong argument for seeing health care funding as an important investment — in both the physical and mental health of residents and the financial health of taxpayers — then we don’t know what is.

Yes, it was a tough budget year for lawmakers. But every year is financially tough in the state’s top economic engine, its health care industry.

The investment owed to the medical profession by its government is long overdue. And patient safety is a good enough reason. 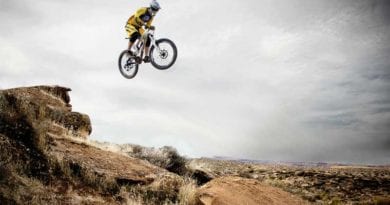