What they’re not getting is any help from the legislators and decision-makers employed by the state to ease the continuing financial burdens placed on Massachusetts’ top-employing industry.

The dichotomy is striking. In this issue (see cover story), The Healthcare News examines what’s happening at Berkshire Medical Center in Pittsfield, where a $40 million expansion and renovation project includes much, much more than some added space.

Not only is the new surgical wing better equipped for minimally invasive procedures — a welcome, and advancing, trend — but an audiovisual network opens a new world of communication, not only between surgeons at the hospital, but with other facilities as well. And Berkshire’s new laboratory boasts state-of-the-art robotics that slice testing time in less than half.

But stories like this are nothing new in the region. Holyoke Medical Center is pressing on with its $11.1 million expansion, which is geared toward improving patient care and enhancing outpatient services, and encompasses a number of departments, including key areas such as cardiology, laboratory, and anesthesia.

And Baystate Health System’s new, $37.5 million cancer center on Main Street in Springfield, which opened its doors on Jan. 26, marries the latest imaging and treatment technology to an open, modern, patient-centered design that opens up new opportunities for people struggling with cancers of all types.

Mercy Medical Center is also improving its cancer care, pouring $8.6 million into a major expansion of its Sr. Caritas Cancer Center, adding the latest equipment to serve more patients upon its completion in July. The hospital has also markedly improved its diagnostic imaging capabilities, with high-tech equipment purchases throughout 2003 aimed at improving mammography, bone-density screening, and other services.

All these improvements have been followed in The Healthcare News, and they don’t include ongoing, smaller-scale expansions of services at other area hospitals.
In short, it’s easy to see that, to keep up with advances in medical science, hospitals and health systems must invest — in new technology, in top talent, in the future of health care. The movement we’re seeing in Western Mass. in this regard is inspiring.

That’s why it stands in such contrast to the inertia displayed over the past few years by policy-makers when it comes to financial matters in the health care industry, from Medicaid reimbursement to the growing liability burden (see story on page 12).

Massachusetts still has a national reputation for cutting-edge health care, which begins with its medical schools and extends to the aforementioned striking — and expensive — strides being made by hospitals. Health care continues to be one of the Commonwealth’s most crucial economic engines.

Yet, talent is being driven away by a number of financial factors, none of which are being adequately addressed in Boston. In its annual tracking of physicians’ work environment, the Mass. Medical Society reports a morale decline for nine straight years, warning that continued deterioration could lead to a migration of up to 6,000 doctors.

Many of the U.S. and state legislators serving Massachusetts have said health care is high on their priority lists. But to hear physicians and hospital administrators tell it, the words are only lip service unless significant change takes place.

In the state’s current budget crisis, we’re not all that hopeful for this year. But lawmakers have to know that, if they chase the talent away, all the million-dollar expenditures won’t keep Massachusetts’ esteemed health care system from losing its luster. 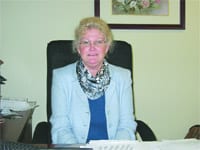