The state’s new prescription tax was never intended to apply to patients. But, thanks to some vagueness and confusion, that’s what has happened, and legislators are scrambling to get the situation fixed.

At issue is a $1.30 fee charged by the state to pharmacies for each prescription they fill. The tax is intended to raise $36 million to help finance state Medicaid payments. Over time, that’s real money, and most of the state’s big chains simply started passing along the tax to patients, many of whom are already angry that co-payments for Medicaid-eligible drugs have also increased to $2 as a result of the tax. Consumers, predictably, are outraged — and so have some state officials.

Attorney General Thomas F. Reilly had to step into the issue recently, explaining at a press conference that the new law requires pharmacies to pay quarterly assessments on prescriptions — but does not require consumers to absorb the charge. Pharmacies contend that the law doesn’t prevent them from passing along the tax, either.

Reilly didn’t tell the pharmacies to stop charging consumers the additional $1.30, but he did send letters to CVS, Brooks, Walgreens, Stop & Shop, and Wal-Mart, warning them that they could be in violation of insurance contracts and the law.

A more likely remedy would be additional legislation, which state Rep. Joseph F. Wagner, D-Chicopee, intends to file, preventing pharmacies from passing along the surcharge to consumers. “Anyone reading the law would clearly see what it states,” he told the Union-News recently. “There is a critical distinction between this and something like a gas tax. This was intended for the pharmacies, not consumers.”

In the meantime, lawmakers have been considering other actions against pharmacies that pass on the tax, including holding back a dispensing fee, ranging from $3.50 to $5, that the state sends to pharmacies for each Medicaid prescription filled.

At least one pharmacy group has backed off charging the $1.30 to customers, and that’s Big Y Foods, which dispenses drugs in seven Western Mass. stores.

“It seems as though this is impacting those people most vulnerable — the seniors, the sick, and families. That is what caused us to look at it again,” said Claire M. D&#146;Amour-Daley, Big Y’s vice president of corporate communications. She said the law is confusing, and swallowing the surcharge will cost the company hundreds of thousands of dollars, but Big Y decided to change its stance after discussions with Reilly.

The attorney general praised the decision and said Western Mass. consumers now have a choice; all other pharmacies not passing along the tax are east of Worcester, according to a state consumer advisory Web site. How much that choice will expand to other stores remains to be seen. And some lawmakers want Big Y to give rebates to those who have already paid the fee, a step the chain has not offered to take.

What is clear is that the contentious relationship that sprang up last year between pharmacies and the state has escalated. Late last summer, a state budget proposal called for an 11{06cf2b9696b159f874511d23dbc893eb1ac83014175ed30550cfff22781411e5} reduction in reimbursement rates for Medicaid prescriptions, which would have saved the state $60 million, part of an overall effort to close a $2 billion budget gap. In response, the state’s three major drug chains, CVS, Brooks, and Walgreens — which, in total, fill about 60{06cf2b9696b159f874511d23dbc893eb1ac83014175ed30550cfff22781411e5} of Medicaid prescriptions in Massachusetts — threatened en masse to leave the Medicaid program altogether.

Lawmakers and pharmacies eventually came to a compromise, but pharmacies, wary of additional strains on their financial health, have this time snubbed their noses at the state in a quieter way.

That policy isn’t likely to stand, even if it takes additional legislation to halt it. Until then, the situation clearly demonstrates how fiscal strains in health care lead to questionable decision making — in this case, forcing patients to pay a tax that an honest reading of the spirit of the law does not require.

It’s bad business. Pharmacies should take their grievances to lawmakers — not take them out on patients. 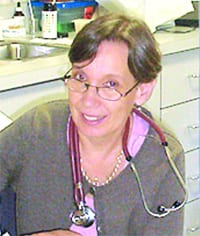