A long-term trend is getting worse.
For years, the anecdotal evidence has been abundant that physicians are fleeing Massachusetts. There are plenty of reasons why, and one need look no further than the “misery index” to find them. The actual name of the report, issued annually by the Mass. Medical Society (MMS), is the Physician Practice Environment Index, but its nickname is appropriate these days.
The index is simply a statistical analysis of factors that shape the working environment for Massachusetts physicians. And last year’s figure, recently released by the MMS, marks the ninth straight year the index has declined (see story, page 7). The 3.9{06cf2b9696b159f874511d23dbc893eb1ac83014175ed30550cfff22781411e5} drop in 2002 is also the second-largest decline in that period.

Two of these factors can be directly affected by legislation, but physicians have received precious little help from lawmakers over the past several years. With reimbursement rates — what Medicaid pays doctors for the care they provide — hovering around 70{06cf2b9696b159f874511d23dbc893eb1ac83014175ed30550cfff22781411e5} of the actual cost of care, doctors have been clamoring for a change, but the state’s recent budget woes left little room for a remedy in fiscal year 2004.

It could have been worse: the uncompensated care pool, a program to help hospitals pay for free care, had been expected to run a deficit of $100 million this year, all of which would be absorbed by cash-strapped hospitals.

But the final budget eased some of that burden. It also restored Medicaid coverage to 36,000 residents who lost it in the spring — a situation that was already manifesting itself with an increase in free care in hospital emergency rooms.

By throwing hospitals a life preserver, even a small one, when it comes to free care, the state removes some of the financial pressure on physicians. But inadequate reimbursements continue to be an issue, as do soaring liability insurance rates, for doctors in hospitals and private practices alike.

Although lawmakers have expressed concern about the situation, those rates are expected to jump another 20{06cf2b9696b159f874511d23dbc893eb1ac83014175ed30550cfff22781411e5} in 2003, and the increases have already forced a number of doctors — particularly in specialty fields such as ob/gyn, radiology, and gastroenterology — out of practice, or at least into other states. The MMS calls liability the number-one driver of the index’s decline in 2002, and that’s a situation not likely to change soon.

Granted, Massachusetts isn’t alone in facing these issues; plenty of states are facing budget crises and other problems that affect health care. But, compared to the U.S. Physician Practice Environment Index — which has declined for six consecutive years, but only 1.5{06cf2b9696b159f874511d23dbc893eb1ac83014175ed30550cfff22781411e5} in 2002 — Massachusetts seems to have a more severe set of obstacles.

If anything, the Bay State’s index should serve as a wake-up call. Not only are physicians leaving the state, but the declining medical-school enrollments show that the issues facing the medical culture might be trickling down to every level. It’s difficult enough to retain doctors who have built their careers and lives in Massachusetts; drawing new blood to the state, given all the financial hurdles, is far more difficult. And when doctors leave the state, and hospitals threaten to close, it’s residents in rural areas that feel the strain the most — and that describes much of Western Mass.

The Bay State has plenty to offer in quality of life, but that’s not enough to reduce the misery that many physicians are feeling. Reversing those trends won’t be easy, but the continued health of Massachusetts residents — and an esteemed health care system — depends on it. 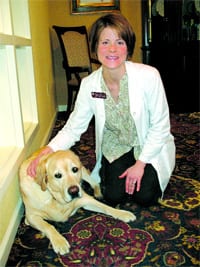 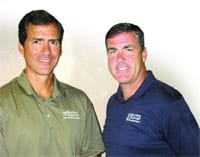 A Prescription for Progress? Doctors Express Bills Itself as an Rx for Emergency Room Waits, Expenses

Is The Life Estate Secure? Just When You Thought Your House Was Secure … The State Goes After It