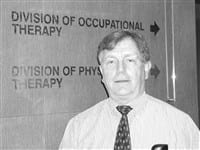 When Ed Swanson examines the need for physical therapists in today’s medical world, he sees a wave beginning to crest.

And in these times of stress for the health care industry across the Commonwealth, any good news is welcome. In his case, it’s an improving job market for physical therapists and students enrolled in PT programs.

“What we’re seeing now is an increase in demand for physical therapists, and this increase seems to be national in its effect,” said Swanson, program administrator for the Physical Therapy program at American International College. “I probably get phone calls or E-mails three or four times a week either from facilities or traveling agencies, wanting to recruit physical therapists.”

Several factors seem to have converged to create this effect, health professionals say, from improvements in reimbursement rates from insurance payers to a growing reliance on physical therapy as hospital stays grow ever-shorter.

Financial trends can be tough to predict in an uncertain climate in health care, but, as area industry watchers told The Healthcare News, the medical trends leading to the increased demand are more permanent. And young people looking at job options are starting to pay attention.

That turns around a few years of confusion over reimbursement rates, Swanson said.

The shift comes at a time when patients are spending less time in acute care than ever before, and when the overall population is aging — two reasons why physical therapy is a needed skill in a number of care settings. That has increased the demand for therapists — and their own sense of security.

“My feeling is that the job market has opened up again. When I look at advertisements in the paper, there’s a greater availability of positions for physical therapists and physical therapist assistants across the board,” said Colleen Bregman, manager of rehabilitation services at UMass Medical Center in Worcester.

“That’s a change from a couple of years ago, when therapists and graduating students couldn’t find jobs,” she continued. “Now, they’re securing positions and even looking to job-hop a little bit because they feel more secure in changing positions.”

Swanson has observed the increase in demand as well.

“Whether on the institutional side or in private practice, generally speaking, you can find a position somewhere,” he said. “That’s not what was happening before.”

The ebb-and-flow of demand has impacted enrollment in PT programs, Swanson said, especially after the layoffs of the late 1990s, which had a slowing effect on the number of students entering programs.

“Some programs in the last year or two closed down,” Bregman said — but that’s turning around. “Becker College, one of the schools in the Worcester area, which had provided a good supply of physical therapist assistants, has opened up programs again for next year.”

“The layoffs had a little chill on enrollment because students didn’t know whether to enter the field or not,” Swanson said. “So over the last few years, we saw a dropoff across the board.

But from this September forward, we expect to see an increase in applications for the field.”

For now, until those applications catch up with rising demand — it will take a few years before the upswing in enrollment affects the job market, after all — therapists and assistants are finding themselves in the driver’s seat, Bregman said.

“We’ve had some openings in physical therapy, particularly in our acute-care positions and some specialty positions, such as pediatrics,” she said, adding that other hospitals are telling the same story. “Some facilities are limited in how much advertising they can do, and there isn’t a big pool to draw from.”

If most of the staff turnover at UMass tends to be on the acute side, she added, it’s partly because therapists tend to use those jobs as stepping stones into other types of work.

There are plenty of such opportunities, from nursing homes and home care to specialty clinics and private practice. The increasing variety of work is being matched in turn by demands on physical therapists to know more than ever before about nutrition, cancer, and how to recognize the first signs of such conditions as scoliosis, Lyme disease, immunodeficiency, and others.

The broadening responsibilities of therapists, in fact, is one reason why APTA is pushing for a requirement that all college PT programs offer doctorates in the field. More than ever, the association claims, society expects autonomous health practitioners to be clinical doctors.

If anything, the trend toward ever-quicker turnarounds from acute care into outpatient care has opened the door for many more physical therapists and PTAs to enter the job market.

That next level, in many cases, is physical therapy. Before long, the current trickle of new workers into that field could become a much-needed flood. 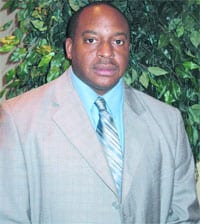