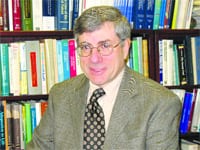 Does any of these terms seem out of place among the others? It shouldn’t. While the first two are common treatments to slow the effects of Alzheimer’s disease, the third — along with activities such as crossword puzzles and simply reading a good book — is now being seen as an effective shield against being stricken with Alzheimer’s to begin with.

“In some cases, even mild forms of what we call brain exercise have been shown to give you about six or seven additional years of cognitive ability,” said Dr. Lawrence Katz, a professor of Neurobiology at Duke University Medical Center. He is one of a growing chorus of doctors and researchers who believe brain exercise — which can include anything from playing a musical instrument to solving Sudoku puzzles — could deter the onset of dementia in many adults.

“It has been suggested that, before you ever show signs of Alzheimer’s disease, it’s probably a good idea to keep your brain active — that it may actually help prevent the disease,” agreed Dr. Benjamin Liptzin, chair of Behavioral Health at Baystate Medical Center.

The concept gained traction recently when the results of a study on brain exercise were published in the New England Journal of Medicine. That study involved 469 subjects age 75 and older living in a community setting.

Over a period of several years, researchers recorded the subjects’ level of participation in stimulating leisure activities, and then documented their cognitive abilities over time. They found that activities such as reading, dancing, and even playing board games were associated with a reduced risk of dementia.

With no known cure for Alzheimer’s — at best, the treatments now available merely slow the progress of the disease — this is good news. An estimated 4.5 million Americans live with this progressive brain disorder that gradually destroys the sufferer’s capacity to remember, learn, communicate, and make decisions.

The Alzheimer’s Association estimates that direct and indirect costs of caring for Alzheimer’s patients total some $100 billion per year, a number expected to rise as the Baby Boom generation heads into its golden years.

Still, researchers hold out hope that breakthroughs in genetics and medicine will eventually lead to a cure. Until then, why not break out the crossword puzzles and dancing shoes?

Dr. Guy McKhann, author of Keep Your Brain Young, notes that it was once widely believed that people were born with all the nerve cells they would ever have. “Well, that is wrong,” he writes. “You do make new nerve cells,” and mental challenges activate underused nerve pathways and connections in the brain.

With recent studies making a connection between mental exercise and a reduced Alzheimer’s risk, the national Alzheimer’s Association is pushing a program called Maintain Your Brain, which includes those types of exercises, but also emphasizes regular medical checkups, exercise, and control of blood pressure and diabetes.

One reason, Liptzin explained, is that some common risk factors for heart disease, including diabetes, hypertension, and obesity, appear to be risk factors for Alzheimer’s as well — which suggests that the best defense against the disease right now isn’t a miracle cure, but simply making the right decisions.

“A lot of people are looking for nutritional supplements or other natural remedies, when those are at best controversial and at worst can be harmful,” Liptzin said, “whereas mental exercise, as far as we can tell, has no downside and no side effects.”

He was quick to add, however, that even decades of brain exercise are not a foolproof defense for everyone. As a comparison, he noted that Jim Fixx, who popularized running for fitness in the 1970s, died of a heart attack.

Advocacy groups are celebrating the findings. “The research does suggest that brain training intervention improves cognitive function,” said Marcia McKenzie, regional coordinator of the Alzheimer’s Association in Western Mass., whose office provides information and education on the disease. The association also coordinates caregiver support groups and advocacy efforts, such as a yearly lobbying event in Washington, D.C.

“Also,” she added, “we are the nation’s largest private funder of Alzheimer’s research, and we educate the public about scientific developments and promote opportunities to participate in clinical trials.”

There have been many of those lately, with news on potential Alzheimer’s treatments seeming to emerge weekly.

“Is there anything you can go to your doctor and ask for to treat Alzheimer’s disease? Well, no, not really,” Liptzin said. “But there is a lot of exciting research going on.”

From a purely scientific perspective, perhaps most exciting are the strides being made in genetics — specifically, the potential to identify risk factors, and therefore people who are at higher risk for the disease, at a young age.

“The Human Genome Project is exploding, and over the next five years we’re likely to know so much more about the genes that could be involved in Alzheimer’s disease, which would be very useful,” Liptzin said.

“At some point there will be a test for Alzheimer’s,” he continued. “I don’t think this is necessarily a test for everyone — maybe in a small number of cases where the parents developed Alzheimer’s at an early age, say in their 40s or 50s, and there’s clearly a strong genetic component. But the genetics is certainly an exciting story.”

Liptzin noted that the drugs that have been available for years, like cholinesterase inhibitors and memantine, have some beneficial effects, but they’re not dramatic treatments or cures. “They’re worth trying for people who are diagnosed, but they rarely produce a noticeable improvement,” he said — which is why an effective genetic marker is so valuable.

“The hope is that, if we know who will get the disease, we’ll be able to develop treatments that would stop it in its tracks or prevent it from occurring,” he explained. “The problem with our current treatments is that they’re used for people whose brains have already been deteriorating for some time. It might be easier to reverse if we can catch it earlier.”

Other promising research is emerging as well. “Another exciting story has to do with imaging,” Liptzin explained. “There’s increasing evidence that PET scans (position emission tomography) seem to be able to predict who’s liable to get Alzheimer’s disease, at least in groups of patients. It’s not approved yet by Medicare as a routine screening tool, but as the research continues, we should be able to better decide who has Alzheimer’s and who doesn’t.”

McKenzie also pointed to a study suggesting that protein patterns found in spinal fluid may provide a sort of fingerprint identifying whether someone is at risk. It’s one of dozens of ongoing studies, each of which raises hope for advocates looking for a breakthrough.

“These things are promising, but we always long for more participants for these studies,” McKenzie said. “That’s the only way we can make progress.”

In the meantime, the Alzheimer’s Association helps patients and families deal with the here and now. McKenzie said the group essentially gives families a road map for dealing with the disease — an especially critical step for Alzheimer’s sufferers and their children who might be dealing with symptoms for the first time, and may still be in denial about the realities of dementia.

“We show them what they need on the journey,” McKenzie said. “We give them an action plan of things they need to think about, like legal and financial matters and family dynamics.” The association also operates a 24-hour help line and collaborates with the U.S. Department of Justice on a program called Safe Return, which tries to recover Alzheimer’s patients who have become lost.

She hopes that those incidents will lessen in the next decade or two with the long-awaited development of an effective early test, or even a cure. Certainly that would be news worth dancing about, ballroom or not. 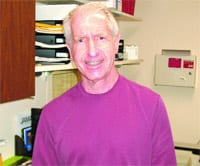 Deadly Evolution How Worrisome Is the Possibility of a Bird Flu Pandemic?

The Challenges of Recruiting in an Employees’ Market 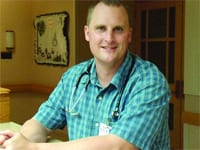