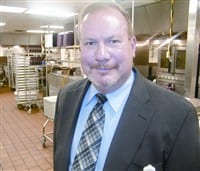 When Peter Savenko and his colleagues at the Food and Nutrition Services department within Baystate Health System wanted to take their patient service to a higher level, they didn’t visit other health systems to gain inspiration.
Instead, they went to the Sheraton and Marriott hotels in downtown Springfield to study best practices.

“There are a number of hospitals that say they provide room service,” said Savenko, director of the food service department at Baystate since 1988. “But it’s not really room service. Patients can order off a menu, yes, but in most cases, they still have to eat when the hospital says it’s time to eat. When you stay at a hotel, you eat when you want to eat.”

This measure of control is what’s at the heart of Baystate’s room service program, which was piloted in 2001 and made standard operating procedure in the medical center’s maternity and oncology departments about a year ago. Mothers who have completed delivery are usually the healthiest patients in a hospital, and those in an oncology unit are generally among the sickest, said Savenko, in explaining why the program started with those units.

In both cases, the patients in question need flexibility with their menus and when their meals are delivered, he said, adding that these patients and their visitors can now choose items off a menu that includes roasted vegetable lasagna, vegetarian stuffed shells with Pesto sauce, marinated sirloin, chicken breast with lemon sauce, and even a serving of pizza with a salad.

Many of those items are also on the hospital’s regular menu — a Mediterranean style cuisine designed with patient health in mind (see related story) — but the room service model has more choices and, perhaps more importantly, the items can be ordered any time between 7 a.m. and 7 p.m.

She can if her medical chart says she can, he noted, adding that those individuals who take patients’ requests have their charts on a computer screen as they’re taking the phone orders. If their medical condition won’t allow them to eat something they’ve ordered, the computer will alert them to that fact.

The room service program has drawn rave reviews from patients and family members, said Savenko, and will be phased in to include the entire health system over the next several years.

The program has given the system some exposure — officials from hospitals across the country have visited Baystate to check out its room service operation — but the benefits are mostly for patients.

“No one likes being in the hospital,” he said. “This is just one of the things we’re doing to make that stay a little more pleasant.”

Savenko understands that people do not choose Baystate Medical Center — or other facilities in the Baystate system, including Franklin Medical Center and Mary Lane Hospital — for the food. “They’re here because of the quality of care that we provide — the physicians, the nurses, and the state-of-the-art technology.”

But food remains a part of the overall service package, he told The Healthcare News, and the system recognized years ago that it could — and should — do something to make that aspect of one’s hospital stay more pleasurable.

“People aren’t going to come running to Baystate Medical Center because it serves room-service food, but this is an amenity that most hospitals don’t offer,” he said. “What we’re committed to is creation of a user-friendly environment, one where people walk into a health care establishment but feel like they’re more in a hospitality-type of establishment.

“This is just part of a system-wide initiative where we want people to feel as close to home as possible,” he continued. “We want to take away the feeling of the sterile environment and replace it with it warm, home-like experience.”

That’s not the experience that many people had when Baystate — like many health systems — chose food service as one area to achieve cost savings in the mid-’90s in response to fiscal challenges created by the proliferation of managed care.

“We introduced a non-select menu, which means we took the choice away from the patient — and that didn’t go over well at all,” said Savenko, who came to Baystate in 1988 after a lengthy career in the hospitality industry, during which he operated several establishments, including the Copperhouse restaurant in Springfield. “We essentially said to people, ‘this is what you’re going to get, period. Monday is meatloaf, Tuesday is fish, Wednesday is … whatever.’”

As patient satisfaction dipped, the system looked for ways to regain the confidence of patients from a food-service standpoint. To that end, Baystate introduced its GSA (Guest Service Attendant) program in the late ‘90s, which put employees in closer touch with patients, with the goal of enhancing service. Each GSA would be responsible for two nursing stations, three meals a day.

“That person really gets to know the patient during the stay, which is important,” he said. “They get to know what the patient’s preferences are, so we’re at least giving the patient things they like to eat.

“We still weren’t offering a lot of choices,” he continued. “But if it was meatloaf night and someone didn’t like meatloaf, we could substitute it with something else.”

The GSA program helped improve the system’s patient-satisfaction grades, but it wasn’t the final answer, said Savenko, who told The Healthcare News that Baystate wanted to take its service to its higher plane, especially with its maternity and oncology patients. “Mothers are healthy — they can eat pretty much anything they want — so we knew we had to do something different.”

Savenko and his staff had heard about hospitals providing what was called room service, but in most cases this turned out to be a misnomer. Orders were being called in from a menu, he explained, but they were still being delivered during a designated meal period.

What Baystate took away from its visits to the Marriott and the Sheraton was the realization that while the quality of the food is certainly an issue, so too is presentation, said Savenko. As a result, the system chose food servers for their people skills and stressed the customer-service aspect of this component of a patient’s stay.

“We chose people who can deliver a tray, but also carry on a conversation and help brighten someone’s day a little,” he said. “That’s what we mean when we talk about hospitality — it’s not just food.”

Baystate piloted the room-service operation in a 12-bed, extended stay area of its women’s unit, and the results were positive and immediate.

“Patient satisfaction just went through the roof,” said Savenko. “It was incredible; we learned that this was definitely the way to go.”

The hospital currently serves about 450 meals a day to patients in the maternity and oncology departments and their guests, in a program that operates alongside the traditional meal service.

Over time, Baystate will convert to a system that is fully room-service oriented, said Savenko, noting that departments will be phased in to spread the cost of the endeavor and to facilitate the transition process.

From a fiscal perspective, the room-service initiative is ultimately no more expensive to operate than the traditional food operation, he said, but it does bring a number of benefits — for both the hospital and its patients.

And it’s a program that definitely gives other health care providers some food for thought. 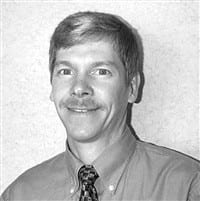