Yet another mass shooting has stunned the nation, this time in Orlando, Fla., leaving 49 people dead and another 50 injured. The home of Walt Disney World and the destination of thousands of tourists each year is now the site of the largest mass shooting in the history of America, joining such names as Columbine, Virginia Tech, and Sandy Hook, along with more than a hundred other places.
Such events are becoming all too common. According to Everytown for Gun Safety, 133 mass shootings in 39 states occurred in the U.S. between January 2009 and July 2015 — almost two per month. Yet, as horrible and shocking as they are, mass shootings — defined by the FBI as any incident in which at least four people are murdered with a gun — account for a small share of firearm homicides.
The Centers for Disease Control and Prevention (CDC) estimates that more than 33,000 deaths from firearms — about 91 a day on average — occur each year.
The statistics make it abundantly clear: gun violence is a public-health issue (see story, page 4). And the physician’s voice — ever so critical on matters of public health — must become stronger.
The Mass. Medical Society (MMS) stance on this issue has been firm and long-standing. Our medical society’s policy on firearms and gun violence is expansive and dates back to 1995. It is guided by “the principles of reducing the number of deaths, disabilities, and injuries attributable to guns; making gun ownership safer; promoting education relative to guns, ammunition, and violence prevention for physicians and other health professionals, as well as for the public; and encouraging research to understand the risk factors related to gun violence and deaths.”
Our actions have matched our policy. Our Committee on Violence Intervention and Prevention, also established in 1995, has provided a number of resources to help reduce violence in many forms, and gun violence has been prominent among the topics.
From testimony on proposed legislation on Beacon Hill to education for patients; from resources for physicians on talking with patients to our most recent Public Health Leadership Forum on Firearm Violence in April, to then-MMS President Dr. Richard Aghababian’s call to action following the school shootings in Newtown in 2012, gun safety and gun violence have been key issues for our society.
It is heartening to see more physician groups lend their strong support to the effort. The American Medical Assoc. (AMA), with long-standing policies on reducing violence from firearms, stated its position at this year’s annual meeting, adopting a policy calling gun violence in the U.S. “a public-health crisis” that requires a comprehensive public-health response and solution. Perhaps most important, the AMA also resolved to lobby Congress to overturn legislation that for 20 years has banned the CDC from conducting research on gun violence.
A second resolution by the AMA on firearm availability encourages legislation that would enforce a waiting period and background check for all firearm purchases and urges additional legislation to ban the manufacture, sale, or import of lethal and non-lethal guns of non-metallic materials that can not be identified by weapons-detection devices.
In April 2015, seven physician organizations, along with the American Public Health Assoc. and American Bar Assoc., issued a call to action, declaring that “deaths and injuries related to firearms constitute a major public-health problem in the United States.”
I am proud to say that more efforts at our medical society are underway. Our Leadership Forum provided materials for six continuing-medical-education courses on gun violence that launched at the end of June. Among the topics are the role of the clinician, community-based prevention, and evaluating the risk for gun violence in patients. Additionally, we are participating with Massachusetts Attorney General Maura Healey in developing materials to enhance the provider-patient relationship regarding firearms.
The shock of Orlando may fade over time, but physician efforts to reduce gun violence should not. Attorney General Healey, speaking at our Leadership Forum, highlighted the importance of physician participation in curbing gun violence, saying it will require a “partnership” with physicians. Indeed it will. 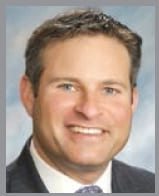 Assisted Living or In-home Care? This Can Often Be a Difficult Decision for Your Loved One