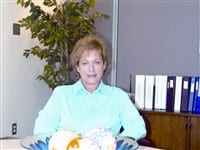 Complaints from health care providers about insufficient funding are nothing new, and they can be heard across the spectrum of medicine.

However, perhaps nowhere is the chasm between the growing need for one type of care and its budget woes greater than in home health care.

Advocates for the industry argue that government support for home-health services should be rising as the nation’s population ages. They say seniors who need regular care but prefer to receive it at home are taking stress off of hospitals and saving money, a scenario that should be encouraged and cultivated.

But the numbers tell a different story.Home health workers braced for a 15{06cf2b9696b159f874511d23dbc893eb1ac83014175ed30550cfff22781411e5} Medicare cut last fall, hoping it would not fall but not at all surprised when it did, said Carla Braveman, director of the VNA/Hospice Alliance in Northampton. Yet the impact has been deeply felt.

“It’s pretty astounding how many people have lost services,” she said, noting that 1.3 million fewer Medicare beneficiaries accessed home health services in 2002 than in 2001. “And we believe more cuts might be on the way.”

This month, The Healthcare News examines how these newest financial stresses are impacting a sector of health care that promises to become more significant with the further graying of America.

By any measure, home health care has become an increasingly crucial segment of health care in Massachusetts and across the nation. The field has grown to become a $750 million industry in Massachusetts, employing more than 15,000 people at more than 125 certified agencies, according to the Home and Health Care Assoc. of Mass.

Breaking that down further, more than 25,000 home health visits are made in the Commonwealth every day — a figure larger than the number of people receiving care at hospitals. One in every 10 homes benefits from home health care services in a given year — or 200,000 patients in all.

Simply put, home health is the fastest-growing segment of the health care industry nationwide, according to the U.S. Bureau of Labor. And as the senior population increases, the need for home care, which is typically less expensive to provide than nursing-home or acute care, has only increased.

Because of a continuing funding crunch in the industry, some agencies worry that they won’t be able to offer as many services as in the past. For example, since Medicare changed the payment structure several years ago from per-visit payments to one disbursement for a 60-day ‘episode of care,’ many agencies say they must cut back on services they cannot afford.

That payment setup does pose a problem, said Elise Ungar, executive vice president of Spectrum Home Health Care in Longmeadow. Between an agency’s fixed costs and the fact that some patients need more attention than others, the new payment structure is often insufficient.

“One of the things the Medicare folks didn’t take into account was the impact of reducing the number of visits paid for, and how that affects the overhead cost for agencies,” Ungar said. “Agencies are dealing with the aftermath of how to deal with these reduced reimbursements, and how they can reduce their fixed costs without sacrificing quality of care.”

Ironically, Joseph Larkin, director of Mercy Home Care in Holyoke, admitted that the payment restructuring has forced agencies to focus on quality care. Without payment for every visit, each trip needs to be more productive than before — and therefore more cost-effective.

“We’ve been forced to examine how we can deliver better-quality care while doing fewer visits,” Ungar said. “It behooves all the agencies to look at how they deliver services and what’s the most cost-effective model to deliver quality care while keeping clients at home, where they want to be.”

Part of that effort is seeking new treatment methods, and that’s where telemedicine comes in. Spectrum is among a growing number of agencies equipping patients who have chronic conditions with the technology, which uses a home monitoring unit to deliver daily medical evaluations to a central monitoring unit, allowing managers to know who needs immediate care.

By supplementing the care delivered in person, Ungar said, telemedicine helps keep patients out of acute-care settings by intervening more quickly in the event of a sudden downturn. That early intervention could help keep seniors out of emergency rooms.

In fact, keeping people at home and away from acute-care settings and nursing homes is one of the main appeals of home health care. For those who can live independently but still need daily medical attention, it’s a far less costly option.

It’s also a way to take some strain off hospitals, which are already overburdened and discharging patients sooner than ever — which contributes in turn to the need for after-hospital care. It’s a cycle that’s growing more obvious in health care all the time, Larkin said.

“Home care keeps people out of the hospital,” Braveman said. “If a congestive-heart-failure patient is monitored on a regular basis, and we can treat their symptoms when they first become obvious, they won’t get sick enough to go to the hospital, and we’re saving that much money from acute-care hospitalization. We need to look at this from the perspective of the whole system.”

Gov. Mitt Romney is certainly taking a look at the whole system. As part of a series of overhauls of state departments, he is calling for a massive reorganization of health-care agencies, including home health.

Patricia Kelleher, executive director of the Home and Health Care Assoc. of Mass., recently told the state’s Joint Committee on Human Services and Elderly Affairs that such reorganization could be a positive development, bringing better coordination of care for elders who use more than one type of agency. But she insisted that restructuring alone cannot solve the industry’s problems, which are primarily related to inadequate funding.

In 1996, Medicare provided $100 million for community-based programs nationally, but that figure dropped to $67 million in 2001, and is set to drop again. “There have been cuts in every sector, but in home health moreso,” Larkin said. “I don’t know how we’re supposed to absorb it.”

He worried that such conditions will exacerbate the state’s nursing shortage, since 75{06cf2b9696b159f874511d23dbc893eb1ac83014175ed30550cfff22781411e5} of the typical home health agency’s expenditures are personnel-related. With nurses in the driver’s seat as to where they want to work right now, lower-paying agencies are at a competitive disadvantage — or face tough decisions about cutting services.

Those services can be many, incorporating health and supportive services throughout all stages of life, from prenatal care through hospice and bereavement counseling. These services might include skilled nursing, social services, physical and occupational therapy, speech therapy, emergency response, nutrition counseling, and case management, to name a few.

“The home health industry is well aware of the budgetary challenges facing the Romney administration and other Massachusetts elected leaders,” she said.However, we continue to believe that a stable, adequately funded community health system is not a problem, but an important part of the solution to the state’s problems.”

Officials in some other states seem to agree. In 1993, Maine adopted a policy to reduce reliance on institutional long-term care that includes universal screening for long-term care services, eligibility standards, better consumer and family education, and reallocation of resources based on need, Kelleher noted. As a result, while the total number of people served by the long-term-care system rose from 19,803 in 1995 to 25,455 in 2001, per-person spending decreased from $14,985 to $10,952 over the same period.

Meanwhile, in Oregon, through integration of aging services with Medicaid long-term-care services, more than 75{06cf2b9696b159f874511d23dbc893eb1ac83014175ed30550cfff22781411e5} of the state’s elderly Medicaid clients are now served in home- and community-based settings, also saving money for the entire system, she said.

To home-health administrators in Massachusetts, such success stories aren’t a bit surprising.

“It’s absolutely more cost-effective, and home is a better place for people to be,” Larkin said. “It should be one of the main areas of care for people.”

Yet, to hear Braveman tell it, legislators still don’t understand that home health care is a resource to be cultivated, not challenged by fresh obstacles. For instance, federal lawmakers are discussing a proposal to force agencies to collect co-pays from patients.

“More regulations and more paperwork means less time for the staff to perform direct care, and less job satisfaction, which leads to turnover. Nurses and therapists just don’t want to deal with all the paperwork,” Braveman said.

“We’re here to stay,” she concluded, “but we’d like them to stop throwing things at us for a while.” 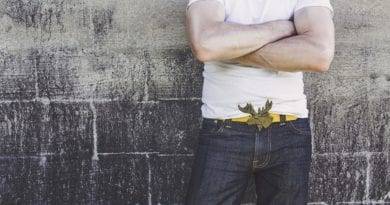