Over the years, much has changed in the landscape of practicing medicine. Today, we are all acutely aware of Stark, the Health Insurance Portability and Accountability Act (HIPAA), and patient-centered medical homes. Accountable-care organizations are now at the forefront and will continue to impact this ever-changing landscape.

Through all of this, there has been a decades-old constant — the ICD-9 coding standards. But all of this is about to change.

On Jan. 5, 2009, the Department of Health and Human Services (HHS) announced a formal transition to the International Classification of Diseases, 10th edition, more commonly referred to as ICD-10. Originally, this transition was to take effect on Oct. 1, 2011; however, on successful appeal this was pushed back to Oct. 1, 2013. On April 9, 2012, a new proposed deadline of Oct. 1, 2014 was announced by HHS.

In order to prepare for this transition, it is important to understand what ICD-10 is and why it is being implemented. This article will help to provide this understanding, as well as provide some strategies to prepare for a successful implementation.

ICD-9 has been in effect for approximately 30 years. The system uses a series of codes of between three and five digits. Over the past three decades, the health care environment has changed and grown dramatically, while the coding system has not. This has brought us to where we are today — operating with a coding system that significantly limits the ability to create new codes, and also lacks the descriptive capability needed in today’s medical environment.

ICD-10 will increase the number of available diagnostic codes from approximately 13,000 to 70,000, as well as add a whole new descriptive component, in some cases being able to distinguish between procedures relating to the right and left sides of the body. This will be accomplished by the use of a system of three to seven alphanumeric characters.

ICD-10 will be required for all ’covered entities’ as defined by HIPAA, not just those practices dealing with Medicare or Medicaid. Additionally, it will be broken down into two primary components: ICD-10-CM for diagnosis coding and ICD-10-PCM for inpatient-procedure coding. It should be mentioned that the current CPT codes for outpatient services will not be impacted by this transition.

Where Are We Now?

While the implementation deadline has been pushed out an additional year to Oct. 1, 2014, there are still some steps that should be taken in order to ensure a successful transition. Given the size and dynamic nature of this change, it is not something that should be taken lightly or delayed until the last moment. An action plan should be started as soon as possible.

It is recommended to begin by identifying all areas of your practice that currently utilize ICD-9, from your practice’s EHR to the practice-management system to all of the clinical documents. All areas in which your practice uses ICD-9 will have to change. You should then open a dialogue with each of your vendors to determine the plan they have in place and what will be required of you to assist in this process, such as who will perform the system upgrades.

Next, it should be determined how this transition will impact your internal workflows. To do this, it is best to assemble an implementation team comprised of members of each area of your practice to ensure nothing is overlooked. This will help spread responsibility among the team, as opposed to one individual being overburdened. It is also appropriate to create a budget for this process and determine the impact on the practice financially. When factoring in actual cash outflows, claim denials, questions, and the overall learning curve, it is possible that practice revenues could suffer financially for up to six months after the transition.

As a final comment, know that resources are available to help you through this process. The CMS Web site has a myriad of tools available, such as implementation handbooks, timelines, and the actual coding sets. Additionally, it recently partnered with the American Academy of Professional Coders to perform a code-a-thon, which is currently available for download at its Web site.

ICD-10 may have been recently postponed, but it is still coming. When that time comes, will you be fully prepared? v

James T. Krupienski, CPA, is a senior manager with the Holyoke-based accounting firm Meyers Brothers Kalicka, P.C. His practice is based in the health care industry; (413) 322-3517; jkrupienski@mbkcpa.com 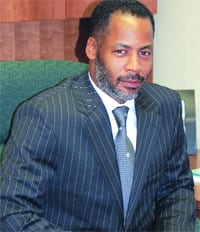