Most physician and dental practices utilize the cash-basis method of accounting for reporting income and expenses (also referred to as the income tax basis). This method is preferable to the accrual basis because cash-basis practices don’t have to report and pay income taxes on revenue until it is collected. They also generally expense materials and supplies when paid for.
Accrual-basis practices must report and pay income taxes on revenue that has been billed regardless of when collected and are generally required to defer expensing of merchandise and materials and supplies until sold or consumed. Generally, medical and dental practices operating as sole proprietorships, partnerships with no C corporation partners, S corporations, and qualified personal service corporations (as defined under Sec. 448(d)(2) of the IRC) are permitted to use the cash basis. Taxpayers generally elect which basis to use with the filing of their original return. Once a taxpayer elects the accrual basis, it cannot change to the cash basis without IRS consent. The IRS seldom grants permission to make such a change.

Regardless of your past practice and timely elections, the IRS may deny you the use of the cash basis for part or all of your practice revenue and expenses if it believes your methodology “does not clearly reflect income” (Sec. 446(b) of the IRC). Several court cases, private letter rulings, and official IRS notices have made it clear that the IRS means to pursue opportunities to reap additional taxes from physicians, dentists, and other businesses that may, unknowingly, be reporting in a manner not to their liking.

One major area of contention is the accounting for inventories of merchandise and consumable supplies and materials. The laws and regulations are very confusing in these areas. We will therefore convey our understanding of the issues by illustrations. We will assume for simplification that the principal business activity of any physician or dental practice is the provision of services. Secondly, we will assume that the annual gross receipts of the practice are under $10 million.

‘Incidental materials and supplies’ are generally not sold or billed for separately but rather consumed in the course of rendering patient care services, e.g. lab supplies, bandages, disposables, solutions, etc.

‘Non-incidental materials and supplies’ are items that are separately identifiable from the rendering of patient care services and usually billed for separately, such as disposable contact lenses and pharmaceuticals. Non-incidental materials and supplies overlap with inventoriable items. The meaning of incidental is a gray area subject to the interpretation of the IRS and the court system.

An optometrist, reporting on the cash basis, has an optical shop within his practice that sells various eyewear and vision merchandise. At the end of the year the optometrist has on hand inventory of approximately $50,000. The IRS position would most likely be that the cost of all inventoriable items such as frames, lenses, solutions, and supplies for resale should be deferred and not deducted until sold. Therefore, even though the doctor reports on the cash basis, he should reduce his cost of sales by $50,000 and show this as “prepaid optical supplies and expense.”

A urology practice administers prostate cancer treatment drugs on its premises. It purchases the drugs in advance and always has about two to four weeks’ supply on hand. In 1999, a tax court case, Osteopathic Medical Oncology and Hematology, P.C., involved a similar situation. The IRS position was that the drugs on hand at year-end should be inventory and that the practice should be accounting on the accrual basis for revenue, expense, and inventory relating to chemotherapy drugs. The court ruled against the IRS in a split decision, “on an issue of first impression.” However, this case should probably not be relied on too heavily to support expensing of drug inventory costs.

The IRS lost its case based on its accrual basis argument. If a similar case were brought before the same justices and argued differently, i.e. that a cash-basis taxpayer should report the drugs as prepaid expense, the IRS would more likely prevail. The IRS still maintains that costs of drugs on hand and paid for at year-end should be classified as prepaid supplies and not expensed until consumed in the following year.

In both examples above, although the practices would be advised to treat inventoriable items and non-incidental materials and supplies as prepaid expenses for tax purposes, neither practice would be required to recognize the related accounts receivable as revenue until collected. This is due to a proposed revenue procedure pursuant to IRS Cumulative Bulletin Notice 2001-76, issued Dec. 31, 2001, which applies to small businesses with annual gross receipts of under $10 million, provided they are a qualified entity as described in paragraph one above.

For practices with annual gross receipts in excess of $10 million, the IRS position on the above two examples would be that the practice must inventory the merchandise, materials, and supplies and recognize income and expense from that activity on the accrual basis, i.e. record accounts receivable and accounts payable. The service portion of the practice could still be on the cash basis of reporting as long as the practice maintained a separate and complete set of books and records for each business activity.

Practices that are under $10 million in annual gross receipts which have previously reported on the accrual basis can file for an automatic change to the cash basis for taxable years ending on or after Dec. 31, 2001. To do so, file Form 3115, Application for Change in Accounting Method, with that year’s federal income tax return or an amended return filed within six months of the original return due date. This is an opportunity for a one-time refund of taxes previously paid. If the change in accounting results in a change to reportable income of more than $25,000, then the adjustment must be spread over four years.

If you are in a subspecialty practice that has items such as eyewear, drugs, prosthetics, orthotics, and other similar items, be sure to consult with your CPA firm for guidance on this issue. The IRS has shown its intent to pursue its agenda, and an audit adjustment could be extremely costly to your practice. 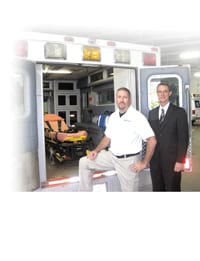 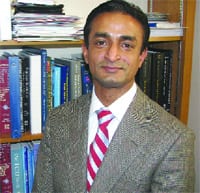