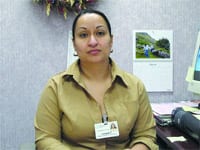 All types of women are susceptible to breast cancer, Vilmarie Villanueva said — but you wouldn’t know it by watching TV.

“In the media — TV and movies — when you see something about breast cancer, it’s always a white woman,” said Villanueva, case worker for the Women’s Center at Holyoke Medical Center. “Many Hispanic women don’t see themselves in that, and they don’t feel that it’s a common situation for them, when, in fact, breast cancer is very common for everyone.”

As a result, she said, the regular screenings and other vigilance that doctors recommend for all women sometimes fall off the radar for Latinas, when, in reality, early detection is the most effective way to survive breast cancer if it does strike. What many Hispanic women need, Villanueva said, is a dose of education and encouragement from those in their own ethnic community.

That’s the thought, anyway, behind the creation of Amigas de Pecho (which translates to Bosom Buddies), a support group and community outreach program for Hispanic women that encourages them to get mammograms and other needed tests if they don’t have cancer, and to follow up on appointments and treatments if they do.

“We have found that this is a community that seems to need more outreach and information, so we’re specifically targeting that population,” Villanueva said.

There are cultural factors, but there’s a lot of fear of the disease out there as well. We’ve found that Hispanic women were not coming to their appointments, and they weren’t coming for their mammograms or their follow-ups. Then, if they did have breast cancer, they were not following up with that.

“As a result, more Latinas were losing their lives to breast cancer than the rest of the population because it wasn’t being detected early,” she continued, adding that she lost her own sister to the disease. “That’s why the grant is targeting this community — so we can get them in early and detect cancer early.”

Spanish-language breast cancer support groups are nothing new; across the nation, African-Americans, Asian-Americans, lesbians, and others have also formed their own groups to create a feeling of comfort and inclusion.

“There is a difference between many of the groups run for Anglos, English-speaking women, and Hispanics,” Sara Fainstein, a breast cancer survivor and facilitator of a Spanish-speaking cancer support group in California, told NurseWeek magazine. “There are some differences you can’t explain. You may be able to understand these people in English, but there’s not the same cultural aspect, such as culturally what it’s like to lose a breast for Latina women.”

Although research has shown that women in support groups have a better breast cancer survival rate, some say Hispanics are more likely to seek support from their families only. So Amigas de Pecho, which began last July with a grant from the Susan G. Komen Foundation, has tried to nurture a family environment through shared cultural experience. Non-Hispanic women are certainly welcome to attend, but Villanueva is clear about her target audience.

The fact that meetings are conducted in Spanish is the most obvious clue. Villanueva said creating a sense of community puts women, some of whom may be going through one of the most anxious times of their lives, at ease.

“It’s very laid-back,” she said, explaining that the group members often determine the scope of the conversation and activities at the weekly gatherings. “I want them to do whatever they need to do to relax and get their minds off their troubles. For that two hours, I really go by what they want to do.”

Sometimes the group does yoga, Reiki, meditation, or arts and crafts, but the most important element is the communication and shared experiences intended to strengthen and enrich each woman.

“They need to know they’re not on their own with this disease,” Villanueva said. “There are many women just like them who are going through the same experience, and it helps them to see that.”

Villanueva also conducts a partnering program, teaming a woman who has tested positive for breast cancer with one who has survived the disease. “These survivors are volunteers who have been trained by the American Cancer Society to serve as mentors to other women.”

Such preventative steps are crucial, she said. About 180,000 new breast cancer cases are reported each year in the U.S., while some 40,000 women die annually from the disease. The five-year mortality rates for Caucasian and Hispanic women are almost identical when detected at similar points in the disease progression.

According to the American Cancer Society, Hispanic women are diagnosed with breast cancer 40{06cf2b9696b159f874511d23dbc893eb1ac83014175ed30550cfff22781411e5} less frequently than women of non-Hispanic origin, but they are often diagnosed at later stages, making treatment more difficult and lowering survival rates — partly because Hispanic women are less likely to use screening tests.

“Hispanic women are so private,” Esther Chavez, who works with a breast cancer support group in New Mexico, told Latina Style magazine. “They don’t share easily, they feel they need to carry the load alone, and believe it shows weakness if they complain. Sometimes macho men don’t help the situation.”

Villanueva is spreading the word about Amigas de Pecho through radio and television, but perhaps more important is the one-on-one outreach she is doing through the Women’s Center, trying to find women who might have early-stage, highly treatable breast cancer.

“I’ll get a list of women who haven’t come in when they were supposed to,” she said. “I call them, and usually all it takes is a phone call to say, ‘why haven’t you come in? We’re concerned about you,’ and tell them how important it is to get this detection, mammogram, ultrasound, whatever they might need. People need to understand that Latina women do get breast cancer, but the good news is that they can survive it if it’s detected early.

“I wish I had even more time to search for some of these women,” she added. “You just can’t rule out breast cancer for anyone.”

In an ethnic group in which cultural identity matters, Amigas de Pecho is showing women how to take breast cancer seriously, and to fight back against it — together. 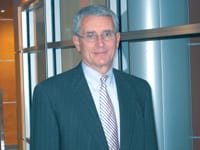 Shot in the Arm Noble Hospital Strives to Raise Its Profile