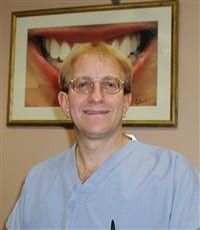 Through all the technological advances that have changed how restorative and esthetic dentistry is practiced, one thing has not changed — the emphasis on the whole patient, not just the individual tooth.
“We’re looking at the person as a whole human being, not just treating one tooth at a time,” said Dr. David Peck, who practices general dentistry in Springfield. “As we do dentistry for each patient in the office, we know what we want the final picture to look like, and at every step of the way, the picture comes together. Whether over one year, three years, or five years, we know what the picture should look like.”

Perhaps that has always been true, but the tools and techniques used to see that picture and make it reality for a patient have come a long way over the past decade or two. As area dentists told The Healthcare News, the latest devices emphasize not only improved cosmetics but make teeth stronger than ever before — and that dual focus on style and function is the engine that will drive further dental advances in the new century.

One major trend in dentistry is the movement toward all-porcelain restorations, many types of which use CAD/CAM (computer-assisted design/computer-assisted machining) technology to fabricate copings on which porcelain may be applied, said Dr. Lisa Emirzian, an esthetic dentist in East Longmeadow. “It’s a combination of technology and artistry,” she said.

It’s also strong, Peck noted. “By these methods, we are strengthening teeth as opposed to weakening teeth, and we are enhancing the cosmetic appearance of the teeth. Not only do people gain a stronger tooth to function with and to bite with, but they’re gaining a more aesthetic look.

Patients read or hear about such advances from the media, the Internet, or their family or friends, and it’s up to the dentist to steer them in the right direction if they come in asking for a certain product, Emirzian said.

“Every tooth needs to be treated individually, the restoration chosen for that tooth based on the quality of the remaining tooth structure,” she said. “We have to determine which of the all-ceramic restorations will work best. That’s where the doctor comes in.”

Emirzian agreed with Peck that no procedure is about only that tooth — dentists must keep in mind the whole mouth and what is needed over time and then simplify the choices for the patient.

“If someone comes to me and says, ‘I want this for my tooth — I heard it from the media,’ that might not be the best thing for the situation,” she said. “It’s up to the doctor to diagnose what restoration is best in terms of dental ceramics.”

Because there are so many types of new porcelain and substructures, and all have their pros and cons, dentists need to be on top of all the different choices in order to make the proper decision for an individual, she added.

“All-porcelain aesthetics are gorgeous, but some are stronger than others, and some have better optical properties than others. It really depends on what quality the underlying tooth structure has.”

A New Era for Implants

Cosmetic factors are also taken into consideration when patients talk about dental implants. The basic technology to perform implants is about 20 years old, but the technique has evolved from a lengthy process to a much shorter one — and the end result has become much more pleasant to look at, said Vincent Mariano, an East Longmeadow prosthedontist.

“The biggest advance is our ability to replace teeth utilizing the bone support — we were never able to do that before,” he said. That means modern implants feel like natural teeth without sore spots. In addition, loosening and falling out of the implants are largely worries of the past.

Also, at first, implants were strictly a procedure for fully dentured patients, but it eventually advanced to partial denture replacement and then single-tooth replacement.

The appeal is that to replace a single tooth, the neighboring teeth don’t have to be prepared for a crown. “Now we can concentrate on that one area and not affect adjacent teeth, which is a huge advantage,” Mariano said.

“Dental implants today have become much simpler, both for the doctor and for the patient,” he added, explaining that the procedure is done in the office, not at a hospital, and reconstructive work that used to take place four to six months after surgery can be tackled by the prosthedontist in half the time today.

And, of course, one aspect of implants that has not stopped progressing is the cosmetic factor. Over the past decade, Mariano said, ancillary processes for bone and soft tissue around the dental implants have been honed — and parts made smaller and more refined — to make the devices more aesthetically pleasing to the patient.

Other technical advances include intra-oral cameras that use digital photography to show a patient what a procedure will involve; digital radiography, which produces images like traditional X-rays but with little or no radiation; laser technology, which is being used to repair gums; and new air-abrasion technology that allows patients to have a tooth filled with no drilling.

The air-abrasion technology sprays minute particles at a tooth to remove decay. The procedure, which has become more common over the past decade, allows dentists to treat decay earlier than they would with a drill while removing less healthy tooth material than a drill would. The fillings are also placed more quickly than before and are generally less susceptible to wear.

Speaking of aesthetics, Peck uses a tooth-whitening advance known as BriteSmile to accelerate and improve the whitening process. Using a gas plasma light technology with a new wavelength-specific bleaching chemistry, Peck said, the procedure can whiten teeth by seven to 14 shades in about an hour. In contrast, the traditional whitening process, which involves wearing a mouthguard-type tray for a few hours each night for several weeks, doesn’t provide the same degree of whitening, he said.

“With people’s hectic and busy schedules of today, they can come into the office and get their teeth whitened, and they are done. The only maintenance they need is a whitening toothpaste and good home care — and it lasts for up to two years.”

Of course, he stressed, as whitening and other cosmetic improvements become more in demand, it becomes that much more important to make sure there is a plan for every mouth — not just individual teeth. Planning the sequence of procedures is part of a comprehensive approach that won’t go out of fashion as technology advances.

“If you build a home, you need to have architectural plans,” Emirzian echoed. “It’s the same thing in dentistry, so you know what the final function of the bite — and the final smile — will be.” 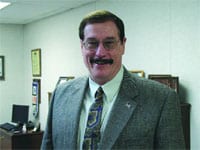