CANTON, Mass. — In a move to unite the power and influence of America’s leading direct-care RN organizations, the Mass. Nurses Assoc., the United American Nurses, and the Calif. Nurses Assoc./National Nurses Organizing Committee announced they are joining together to form a new, 150,000-member association.

The new organization will be called the United American Nurses – National Nurses Organizing Committee, or UAN-NNOC (AFL-CIO), the three said in a joint statement.

“Under the principle that RNs should be represented by an RN union,” the statement declared, “we resolve to create a new union of staff nurse-led organizations named UAN-NNOC.” The group’s goals include:

Build an RN movement in order to defend and advance the interests of direct care nurses across the country;
Organize all non-union, direct-care RNs (a substantial majority of the budget will be dedicated to new organizing);
Provide a powerful national voice for RN rights, safe RN practice (including RN-to-patient staffing ratios under the principle that safe staffing saves lives), and health care justice;?
Provide a vehicle for solidarity with sister nurse and allied organizations around the world;?and 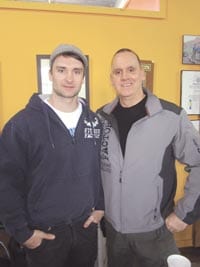