BOSTON — Massachusetts Health Quality Partners (MHQP) recently released the organization’s fifth annual Quality Insights: Clinical Quality in Primary Care report, comparing the performance of 150 medical groups across the state. The results are available at mhqp.org, where consumers can compare how well medical groups perform in meeting national standards for providing preventive care, helping patients manage chronic conditions such as diabetes, and avoiding the overuse of certain medications and tests. MHQP was recently chosen by the Mass. Health Care Quality and Cost Council to develop a three-year plan for the public reporting of comparative health care quality and cost information for the Commonwealth.

“We have seen statewide improvements in physician performance over the five years that MHQP has been measuring and publicly releasing comparative performance reports,” said Barbra Rabson, executive director of MHQP. “We know that physician leaders take these reports seriously and use them to target internal improvement efforts. We are greatly heartened by the improvements statewide, but there is still far too much variation in performance among medical groups across the state.”

For the eight clinical measures that can be trended from 2003 to 2007, MHQP results show that statewide performance has improved for all eight, with chlamydia screening, teen well-child visits, and blood-sugar testing for people with diabetes showing the greatest improvements. This year’s report found that, overall, Massachusetts physicians performed better than the national average on 28 of 30 quality-of-care measures reported by MHQP, and above the national 90th percentile on 14 of 30 measures.

The 72 medical practices that comprise the Pediatric Physicians’ Organization at Children’s Hospital (PPOC) are one example of how physician organizations have used MHQP data to focus on areas of greatest need and identify variation and best practices within an organization, according to Dr. Greg Young, who is PPOC’s president and CEO.

“It’s very important to the physicians that the Quality Insights reports are being managed through a process that involves all the stakeholders,” Young explained. “MHQP is seen as impartial, with no agenda other than improving quality, which helps increase physicians’ acceptance and their engagement in improvement initiatives.”

At Young’s practice, Longwood Pediatrics, a recent focus has been on improving follow-up care for children who are prescribed medications for Attention Deficit Hyperactivity Disorder (ADHD).

“The MHQP data points out that there is a real gap between where we are and where we want to be,” Young said. “Once the group agreed that the measure was valid and important to the care of patients with ADHD, we collaborated with the full-time licensed clinical social worker in our office to work with kids receiving medications – and their families – and we changed several of our standard office practices to ensure the scheduling of follow-up visits.”

This year’s MHQP report includes seven statewide measures that indicate how well certain clinical factors related to patients’ chronic conditions are being managed. Performance on six of these outcome measures improved over the past year, including these significant increases:

“The highest-performing physician groups have achieved standards of care that should be available to every patient of every physician in Massachusetts, “said Rabson. “That’s why we encourage medical groups to use our reports to focus on the best opportunities for improvement, and we encourage consumers to use the tools on our Web site to compare the performance of groups in areas of clinical quality that are most important to them.” 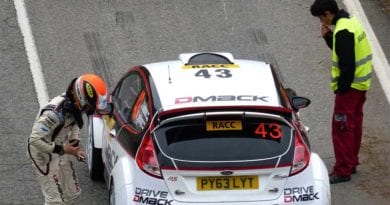