SPRINGFIELD — Roger Crandall called it “an investment” in the long-term future of health care for people of the region.

That was his way of describing MassMutual’s $3 million contribution to Baystate Medical Center’s capital campaign for the $296 million Hospital of the Future now taking shape on the Baystate campus. And as a result of that donation, the first phase of the building, due to open in March, will be known as the MassMutual Wing.

The announcements were made at a crowded press conference on Dec. 20, at which Crandall, chairman, president, and CEO of MassMutual, was joined at the podium by Mark Tolosky, president and CEO of Baystate Health; John Davis, chair of the campaign for Baystate Medical Center; and Charles D’Amour, chair of the Baystate Health board at the time of the decision to build the new facilty.

“At MassMutual, we recognize the importance of good health and well-being, as well as the benefits of having a healthy lifestyle,” said Crandall. “So it’s only fitting that MassMutual does its share to contribute to this project, as our employees, agents, policyholders, and community at large will directly benefit from the outstanding care this great facility will provide.”

Tolosky, while announcing that phase one of the multi-phase initiative would be called the MassMutual Wing, said the support of the financial-services giant “significantly helps us to replace an aging infrastructure and continue to meet the health care needs of the people of Western Mass. right here in Springfield.”

Said Davis, “we are extremely grateful for the level of support we have received from MassMutual. Their gift is essential to the success of our campaign. Having their name associated with the new hospital project speaks to the magnitude of philanthropic influence on our academic medical center.”

The first phase of Baystate’s building project is on schedule and on budget for opening in March, said Tolosky, noting that the MassMutual Wing will house the Davis Family Heart and Vascular Center, which includes six surgical/endovascular suites designed to accommodate advanced lifesaving cardiovascular procedures, as well as 32 cardiovascular critical-care rooms that will support state-of-the-art medicine and at the same time provide ample room for the comforting presence of a patient’s family and friends, known to improve the patient experience.

MassMutual’s gift represents a significant portion of contributions made toward the $23 million campaign. Voluntary financial contributions from doctors, senior administrators, and many other Baystate Health employees, as well as local businesses and individuals, have also been received. In addition to philanthropic support, the remainder of the project’s cost is being paid by a special bond issue undertaken by Baystate Health, and the organization’s own capital. Tax credits intended to spur construction in economically challenged areas such as Baystate’s North End neighborhood have helped secure favorable financing, said Tolosky.

The Sunset Provision of Estate Taxes How Much Tax Will Be Owed by the Survivors of Those Who Die in 2010? 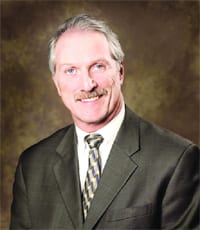