Peter Savenko says Baystate Medical Center introduced its so-called Mediterranean diet with its patient population about two years ago. It was then incorporated into the facility’s new room-service program , and it later defined the offerings in the hospital’s cafeteria.
The reason for this transformation is obvious, said Savenko, director of the Food Service Department at Baystate: the Mediterranean diet, which is low in fat, high in fiber, and very low on red meats, is good for everyone — from people who are sick to those trying to stay healthy.

“It’s not just a preventative program … it’s also a reversal program,” he said. “If you have heart disease and you follow the Mediterranean diet strictly, you can actually reverse some of that heart disease.”

The Mediterranean diet is based on a program created by Baystate cardiologist Reed Schneider called ‘Change of Heart.’ It de-emphasizes red meats — Tuesday night’s roast pork is the only exception — and goes heavy on the vegetables, fruits, and high-fiber soups.

Lunch entreés include roast turkey, baked cod, a California chicken wrap, and roasted vegetable lasagna. Dinners include stuffed sole, grilled chicken, Cod Florentine, and vegetarian-stuffed pasta. For breakfast, the menu offers some traditional offerings, such as French Toast, pancakes, and omelets, but all are made with cholesterol-free eggs — and soon, they may be phased out as well.

“There’s still the perception that it’s an egg,” said Savenko. “And for all intents and purposes, it is. We’ve taken the cholesterol out, but it’s still an egg.”
The Mediterranen diet has spread through Baystate’s various food services because it is universally recognized for its benefits — but without sacrificing taste. “It really is the best of both worlds,” said Savenko. “It’s great food… it’s fabulous food, and everybody can eat it.”

When the hospital introduced its Mediter-ranean diet, it staged a food show in its conference room and invited doctors, nurses, and other health care professionals to sample the offerings. “It really blew them away,” Savenko said. “When you think of eating healthy, you think of things that are going to be very bland, but it hasn’t been that way at all.

“We’ve introduced a great deal of soy product into the Mediterranean cuisine,” he continued. “For example, our stuffed shells are stuffed with tofu; if I served you one and didn’t tell you, you wouldn’t know it — that’s how good they are.”

Along the way there have been a few of what Savenko called “bloopers.” The hospital incorporated salmon into the menu, a move that didn’t go over well. “Salmon is as purely Mediterranean as you can get, but we found that most of the population really didn’t care for that item.” Baystate also tried a seafood casserole that, while appetizing, is not particularly appealing to the eye, and was eventually replaced with a stuffed sole — which is basically the same item presented in a different way.

But for the most part, the Mediterranean menu has been a hit with patients and the hospital staff, and it has put Baystate on the map, regionally and nationally.

“I belong to a few national societies, and I go to a number of conferences and do some networking on a national basis,” Savenko said. “I’ve got people calling me all the time to come and visit and see our facility and see our Mediterranean cuisine; I’m averaging two tours a month, and many of these people are flying in.

“This has given us a great deal of visibility,” he continued, “and we’re helping people take a very easy step to providing a healthier diet for everyone in their system.” 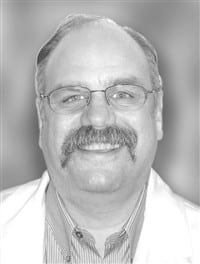