To most of today’s workforce, health insurance is important — so important, in fact, that many people make decisions between potential workplaces based on the affordability and quality of a company’s health plan.
To many of today’s employers, health insurance is also a challenge — so much of a challenge that some smaller companies find themselves wrestling with the option of dropping it as a benefit altogether as the price tag soars.

That’s where the Insurance Partnership steps in for an ever-increasing number of small companies and their employees. Begun two years ago, the state-run venture now doles out some $600,000 per month to help employers and their workers pay for the cost of health insurance.

As Peter Terry, the partnership’s administrator for employee benefit resources, told The Healthcare News, the program not only decreases the employer’s cost of providing health care insurance to employees and makes insurance more affordable for workers at the same time, it also improves a company’s reputation, helps businesses attract and retain quality workers, and improves a company’s morale — providing a dose of emotional health, to be sure.

The problem of insufficient health coverage has been a longtime concern, and in the mid- to late 1990s, the state began studying how to expand access to health insurance to lower-income people, Terry said. Through that process, it became clear that one area in which health insurance accessibility had been gradually eroding was at small companies, where employers were struggling with their own costs of providing health benefits to workers.

“When the cost of insurance goes up, employees find they can’t afford it and have to drop it — or the employer drops it, and everybody loses,” he said. “So the state targeted businesses that have the most difficulty paying for health insurance.”

The program that emerged, called the Insurance Partnership, was envisioned as a state initiative, operated within the Mass. Department of Public Health, but funding incorporates a number of state and federal entities. In a state in which health care issues are at the forefront of public discussion, Terry noted, the partnership is, simply, the only one of its kind in the nation.

The idea, he said, is to create an incentive for employers to purchase health insurance for employees, while also helping workers with low incomes to pay their share of that coverage. That way, employers can stay competitive in the pool of potential employees, while those seeking jobs have more options that fit their personal needs.

he system works as follows: Any company with 50 or fewer full-time employees is eligible for the program, as long as it offers a health plan that meets basic minimum standards and pays for at least half of employees’ coverage.

To benefit from the program, an employee must live in Massachusetts, be between 19 and 64 years old, and not exceed an income ceiling based on his or her number of dependents. For instance, a worker’s income must not exceed $17,184 for single coverage, a figure that rises per child to a maximum of $53,424 for a family of seven or more. A typical family of four, for example, cannot have an income that exceeds $35,304.

If those standards are met, the partnership picks up most of the employee’s share of the insurance cost, with the worker paying only a small stipend each month, generally between $10 and $50 per month, again based on family size.

“That’s one of the reasons the program works,” Terry said. “Instead of the state picking up the whole tab, the employee pays part of the cost, and we pick up the difference.”

In addition, for each employee in the program, the employer receives a yearly allotment of between $400 and $1,000, once again based on the covered worker’s family size.

The program is an attractive option for small companies to be sure, Terry said, but two years ago, when the partnership was launched with its first $119 payout, there was little interest, mainly because most companies — and employees — were still reaping the benefits of an unusually productive economy. In a period of slowdown, like the past year, insurance costs can become a heavier burden all around, and employers have been more open to options like the Insurance Partnership.

“When the economy was booming just a year ago, people just didn’t have the time to talk to us,” Terry said. “The payment to the employer wasn’t significant enough for them to break into their busy day and talk to us. Now that things have cooled down a bit, we’re getting a lot more calls than we had been getting. So it is growing.”
One of the attractive features of the partnership is that it doesn’t require employers to purchase a specific type of coverage — any plan will do as long as it meets basic benefit levels for the company’s employees.

“The whole concept is that we’re approaching the people who have the most difficulty paying for insurance,” he said. “In study after study, the group that needs the most help includes people that work at companies that have fewer than 50 employees — and those employers. And that’s how we determined the guidelines that we use.”

For those small companies, particularly during a recession from which the nation has not yet emerged, the program has certainly allowed health insurance to become a little less of a critical condition.

For more information about the Insurance Partnership, call (800) 399-8285, or visit www.insurancepartnership.com. 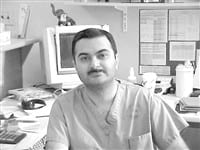