Canyon Ranch in the Berkshires recently started serving a different brand of tea.
The problem with the previous brand was that, although it claimed to use all-natural ingredients, the company would not give many specifics to the health resort, including whether the teabags themselves were bleach-free. So the facility switched to Tazo teas.

When asked by The Healthcare News whether such changes in details are commonplace, Christopher Bird, the assistant hotel director, gave a knowing laugh.
“This is no small detail,” he said. “There’s a feeling among people who come to Canyon Ranch that, if we use it, they think it’s OK. We need to know we’re steering them in the right direction.”

At Canyon Ranch, a Tucson, Ariz.-based company that expanded into Lenox in 1989, most conversations come back to health — body, mind, and spirit. Health is the facility’s calling card, and it’s more than a catchphrase.

The emphasis is immediately clear upon entering the front doors. Within a few minutes, guests are scheduling an initial meeting with a nurse to discuss their health and goals — and staff includes a number of doctors in addition to the nurses and therapists.

The end result is an atmosphere in which many guests return every season, and most arrive with a specific regimen of health goals — and they take seriously the guidance they receive, from advice on life-changing medical conditions to, well, what teas to drink.

In the post-9/11 world, in which driving destinations have become more desirable than vacation flights for many, Canyon Ranch continues to cultivate its national reputation as a high-end resort offering some serious leisure time.

That initial nurse consultation does take some guests by surprise, but only the first time. There, they may schedule a longer appointment with a doctor. Even though guests have their own doctors at home, Bird said, “when is the last time you spent 15 minutes with your doctor, let alone 50?”

The idea is to craft an individually tailored program plan — it’s possible to fill every day for a week with sports, spa, and health programs, both classes and individual consultations — while keeping in mind one’s health limitations as well as goals. By the second visit to the resort, Bird said, guests tend to arrive with a battery of goals and look forward to that nursing interview.

In addition to indoor and outdoor sports ranging from tennis, biking, and hiking to canoeing, kayaking, and cross-country skiing, Canyon Ranch offers a range of spa services, including massage, facials and masks, aromatherapy, and mud, salt, and seaweed treatments for the body.

Part of the appeal of coming to Canyon Ranch, Bird said, is the ability to try new things. Each multiple-night package includes a monetary credit toward spa, sports, and healing services. Because guests have already paid for these services — although most purchase additional ones during their stay — there is a certain willingness to jump headlong into yoga or chi gong or any number of unfamiliar experiences.

Healthy cooking and eating is of particular emphasis. In one of the three dining areas, the resort’s chefs serve healthy meals after preparing them, step by step, in front of guests as a sort of interactive lesson. Because the cost of a stay is all-inclusive, menus don’t include prices; in their place, diners can examine the calorie, cholesterol, and fiber counts in every dish. Soda? There’s not a drop to be found anywhere.

“When is the last time you spent 15 minutes with your doctor, let alone 50?”
All this goes on in a three-building campus that has sprung up around the historic Bellefontaine Mansion, which dates from 1897 and was in a state of disrepair when the Zuckermans bought the 120-acre property. That mansion houses the main dining hall and some health services, while the other two, newer buildings contain rooms for 200 guests and a massive, indoor sports and spa facility. Bordering the dining hall are two separate, high-ceilinged lounges, both boasting massive fireplaces and one lined with books to its 30-foot ceilings.

All three buildings are connected by completely windowed walkways that let in the scenery but none of the chill during colder months. As Bird noted, “you can go outside if you want to — there’s plenty to do — but you don’t have to.”

Throughout all the buildings, it’s tough to walk a few feet without running into someone who works at the club. Between medical staff, therapists, nutritionists, sports instructors, outdoor guides, and support staff, Canyon Ranch staff outnumbers guests by a 3-to-1 ratio.

Those kinds of details catch people’s notice, and the history of Canyon Ranch has been dotted with national attention. A couple named Mel and Enid Zuck-erman opened the original ranch in Tucson in 1979 — on the former site of an actual cattle ranch — hoping to create a healthy-living vacation resort without smoking or alcohol. The health movement had not yet caught on, and the ranch endured a slow start that called the entire concept into question.

But Mel Zuckerman, an Arizona homebuilder, had reason to stick with his idea. He had been 40 pounds overweight with a battery of health problems in the late ’70s. When his father died of cancer from smoking in 1977, he decided to change his own habits. With the help of a stay in a California spa in 1978, he turned his own life around before creating Canyon Ranch so others could do the same.

The Zuckermans’ persistence paid off, and business began picking up. By 1982, the ranch had made the pages of Time magazine, and it regularly shows up in major travel and health magazines today, winning awards from Spa Finder, Travel + Leisure, Condé Nast Traveler, Shape, Recommend, Gourmet, and others.

Only, today, it’s not only Tucson getting the accolades. The company has expanded at 10-year intervals, opening its Berkshires resort in 1989, and the Canyon Ranch SpaClub at the Venetian Resort in Las Vegas in 1999. A second SpaClub opened in Kissimmee, Fla. in 2002, and Canyon Ranch at Sea, a division that will operate aboard cruise ships, is slated for launch in the coming year.

Some might wonder how the company can so aggressively expand at a time when the economy still struggles. Luxury purchases and vacations — both of which describe a Canyon Ranch visit, which typically costs between $400 and $650 per night, depending on the package — are two areas in which Americans have backed off in the past couple of years, particularly since 9/11.

Susan Cowan, hotel director, admitted that business in Lenox did fall off somewhat after 9/11, but two aspects have helped keep the guests coming back.
One is the resort’s perception as a driving destination, drawing most of its visitors from New England and New York (it’s less than a three-hour drive from New York City). The second is the fact that many guests consider the resort an escape from the outside world, something that people have found they need in these times, she said.
“A lot of people did back off after 9/11, as expected,” Bird said. “But we’re a driving destination, and pretty soon, people wanted to drive again. The other part of it is that we provide a safe, nurturing environment. So we haven’t seen a huge decline.”

As if to reflect the facility’s financial health, Canyon Ranch is busy with capital projects to upgrade the resort. For one, the ladies’ locker rooms have been overhauled, with textured tile replacing the traditional, glossy bathroom tiles that has been used. Meanwhile, the bedrooms and bathrooms are being completely redecorated with new fabrics, linens, carpeting, bathroom tile, granite countertops, and cherry fixtures. It’s a slow process because only 10 units may be worked on at a time, as not to disrupt the rest of the residential wings.
In these rooms, once again, it’s all about details, Cowan said, from the bonzai plants in the bathroom to the large, limited-edition wall art. An administrator originally balked at having television sets sitting out on dressers, but was convinced that only hotels and motels put them in armoires; the idea was to create a bedroom feel, and most bedrooms with TVs keep them out in the open. “We didn’t want that hotel-room feel,” she said.

Also unlike most hotels, Canyon Ranch has an extensive follow-up program. More than 20{06cf2b9696b159f874511d23dbc893eb1ac83014175ed30550cfff22781411e5} of guests fill out comment cards — a solid figure for any facility, Bird said — and all of these receive letters in return. Those who grade the resort “satisfactory” or lower in enough categories get a phone call asking how the experience could have been improved. It’s that kind of attention that keeps people returning, Bird said.

“People feel a real sense of ownership here,” he said. “They keep coming back, and they know each other. It’s like a family.”

Of course, there are plenty of reasons to return. Beyond the normally offered classes and consultations, the ranch also offers multi-day packages filled with programs that focus on one area of wellness, from pregnancy health and stress management to brain wellness and sexual intimacy. “You can get health services at any spa,” Cowan said. “What we want to provide is personal, individual enrichment.”

From the first moments in the door, Canyon Ranch attempts to do just that. Cowan and Bird feel the resort occupies a unique niche in the Northeast, and the loyalty shown by repeat customers only testifies to that.

“My most gratifying moment,” Mel Zuckerman likes to say, “is when a guest tells me, ‘I got it! Canyon Ranch helped me turn my life around!’”
For many who come here, getting to that point is no cup of tea. But they seem to enjoy the journey. 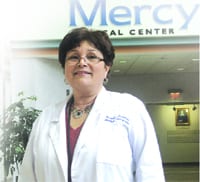