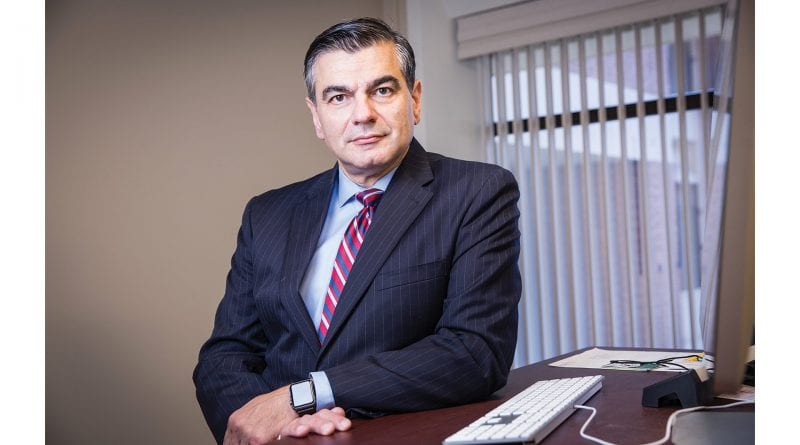 The health anxieties, economic stresses, substance abuse, and feelings of isolation exacerbated by COVID-19 aren’t exactly new, Dr. Barry Sarvet says. And they won’t fade when the pandemic does.

“Prior to the pandemic — and it’s easy to forget this now — we had an enormous amount of stress in our communities related to poverty, homelessness, economic struggles … people just facing an enormous amount of stress in their lives,” said the chair of Psychiatry at Baystate Health. “We had underemployment, unemployment, an opioid epidemic. It’s a very distressed community with a lot of long-term struggles, a lot of psychosocial stress. Every psychiatric disorder is influenced by environmental stresses, and those aren’t getting better. We need to pay more attention to them after the pandemic.”

Well before COVID-19, Sarvet noted, the region’s mental-health needs laid bare a shortage of inpatient beds for patients who need more help than outpatient visits can provide. It’s why Baystate announced a joint venture with Kindred Behavioral Health last summer to build and operate a $43 million behavioral-health hospital for the region, set to open in 2022. The hospital will be located on the former Holyoke Geriatric Authority site on Lower Westfield Road in Holyoke.

Holyoke Medical Center (HMC) had revealed a similar proposal in March 2020 to build a $40.6 million, 84-bed behavioral-health facility on its campus. But when Baystate’s plans came online, and the threatened closure of 74 inpatient beds at Providence Behavioral Health Hospital were saved by a change in ownership, HMC reverted to an earlier plan, to repurpose two of its existing units for behavioral health.

“Every psychiatric disorder is influenced by environmental stresses, and those aren’t getting better.”

“We were concerned about providing a solution to get beds online as the state was developing guidelines for all hospitals to incentivize an increase in behavioral-health beds,” said Spiros Hatiras, president and CEO of HMC and Valley Health Systems.

The process of converting two units to behavioral health — an adult unit and one with a likely geriatric focus — began in October and will be finished by late April, and will add 34 new beds to the existing 20 at the hospital, more than doubling the total to 54. In doing so, it provides a more immediate solution to regional bed shortages, avoiding the need for a lengthy construction period (HMC’s new hospital was also expected to open in late 2022).

The internal repurposing of units had been conceived as a stopgap measure, but when Trinity Health announced the sale of Providence to Health Partners New England (HPNE), which committed to keeping inpatient beds open — and Baystate moved forward with its project — the stopgap made sense as a longer-term solution, although HMC could revisit a standalone behavioral-health hospital at some point in the future, Hatiras said.

Baystate’s project, meanwhile, will include 150 beds — 120 of them part of the original plan. The system has also contracted with the state Department of Mental Health to operate a 30-bed, long-term continuing-care unit for chronically mentally ill people who need a longer time in the hospital to stabilize before returning to the community, Sarvet explained.

This state-funded program, not accessible to regular referrals, was launched after the closures of Northampton State Hospital and other facilities like it. “Some patients need longer-term care, and this offers a length of stay to support people who don’t benefit from short-term hospitalization,” Sarvet said, adding that the DMH unit will be physically connected to the new hospital, but offer its own unique resources.

“New beds will be needed over the long term,” he said, speaking of the project as a whole. “We have had quite a shortage for many years, prior to the potential closure of Providence and prior to the pandemic. This substantial increase in needs is reflected in emergency-room visits from patients with a mental-health crisis. And we certainly see evidence that this isn’t a short-term blip, but part of a longer-term trend that predated the pandemic.”

The prospect of any additional behavioral-health beds in the region is certainly a turnaround from a year ago, when Trinity Health announced it would close 74 inpatient beds at Providence Behavioral Health Hospital.

“We were concerned about providing a solution to get beds online as the state was developing guidelines for all hospitals to incentivize an increase in behavioral-health beds.”

However, two months ago, the health system sold Providence to HPNE, which provided some management services at the facility from 2011 to 2014, and will operate the facility under the name MiraVista Behavioral Health. In doing so, it will resume operations of numerous outpatient programs, as well as including up to 84 inpatient psychiatric beds.

“At the time we put forth the plan to build a new behavioral-health hospital, everyone else had pretty much abandoned any behavioral-health expansion,” Hatiras told HCN. “People were shrinking programs; Providence was closing down their campus, and Baystate had put their plans on hold indefinitely. We decided we needed to do something to service the region. Since then, Baystate resurrected their plan to develop the old Geriatric Authority site.”

The recent moves come as no surprise at a time when state health officials have been incentivizing hospitals to open up behavioral-health beds in the wake of a sharp increase in cases due partly to the pandemic.

However, “we had a concern that what seemed like no beds could potentally become too many beds,” Hatiras explained. He disagrees with Marylou Sudders, secretary of Health and Human Services for the Commonwealth, who has said there can never be too many beds because the state has so many needs. Rather, he noted, “demand may be greater now than it will be a year from now as we move away from the pandemic spike; we might see demand go down.”

Two other factors, both geographic, also played into the decision to scale down HMC’s behavioral-health expansion. One is that HMC, Baystate, and Providence would have been providing around 225 beds within a three-mile radius of each other, and though the need for services is great statewide, there’s only so far patients and families will be willing or able to go to seek access to treatment — not to mention the difficulty of recruiting more physicians, nurses, and ancillary staff to such a concentrated area.

“We might find ourselves very quickly in a situation where we might not be able to staff those beds. Can we attract staff to this area? That’s always been difficult for Western Mass.,” Hatiras said, another reason why a smaller-scale project makes sense right now.

“I’m optimistic about the units we’re building coming online quickly and providing some relief,” he said. “It’s a good project, and we have a good track record in behavioral health. We know we can run it well, and the state has been very enthusiastic about it. I think we’re in really good shape.”

While the standalone hospital proposal is ‘parked’ for the moment, not abandoned completely, HMC has to be sure something of that scale would be both necessary and practical before moving forward, Hatiras added. “We’re a small community hospital. A project can’t be something that may or may not succeed financially; we can’t take a $45 million risk.”

“We do have a nursing shortage, so this will present a challenge, but I don’t think it’s insurmountable,” he told HCN. “We’ll work very hard to include people from the region and hire locally, but we might need a wider net to bring people in. We are very confident we’ll be able to be successful.”

In fact, all the local players in the inpatient realm of behavioral health need to be successful, Sarvet noted. For example, suicide rates are increasing, as are instances of anxiety and depression, including in young people (see story on page 4). Meanwhile, the workforce of psychotherapists and clinicians in outpatient settings haven’t been operating at full capacity — again, partly due to the pandemic and the shift to remote treatment settings.

Like HMC, Baystate isn’t waiting for a new building to expand certain aspects of behavioral care. It will open a 12-bed child unit at Baystate later this month, which will expand to a 24-bed unit in the new hospital next year, in response to a shortage of beds specifically for that population. “We see a large number of kids taken care of on medical floors, waiting for beds, up to several weeks,” Sarvet said.

All this movement is positive, Hatiras noted, though he does wish that leadership from HMC, Baystate, and Providence had engaged in deeper conversations about the region’s long-term behavioral-health needs and how to meet them before the recent rush of project launches and changes, bed closings, and ownership transitions.

“Let’s talk as a regional team and determine what makes sense for the region,” he said. “That still has purpose now. Let’s decide what makes sense in these areas before we build 250 beds and can’t staff them, or half of them sit empty.”

For his part, Sarvet agrees that the meeting the region’s inpatient behavioral-health needs is not a solo effort. “We don’t want to win the battle; we want all hospitals to be staffed. We’re in a friendly competition, and we want everyone to win.” 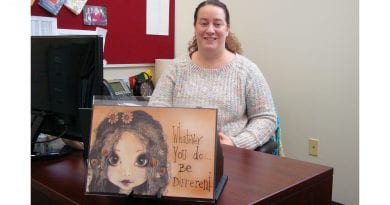 Search for a New Normal Brings Increased Stress and Anxiety 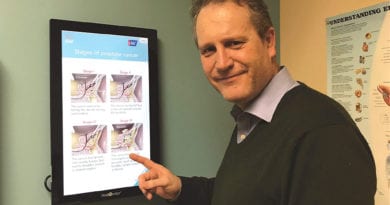 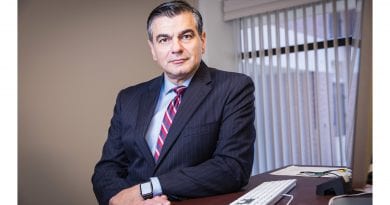