The Accreditation Council for Graduate Medical Education has approved the first national limits ever put on the number of hours that medical residents in any specialty can work.
The measure, passed June 12, stipulates that residents can work no more than 80 hours per week and must be given at least 10 hours of rest between shift. The new rules also mandate that residents not be allowed to be on duty more than 24 hours straight. The new standards can be exceeded by as much as eight hours for educational reasons, however.

The new regulations drew praise from health care advocates and elected leaders, who said new restrictions were necessary in light of growing concern over medical errors, some highly publicized mistakes involving residents, and calls for change from medical students and residents.

However, the changes are likely to result in costly restructuring within the nation’s teaching hospitals, which rely on more than 100,000 residents to meet an ever-growing need for health care services. Officials at several prominent teaching hospitals have projected that reforming surgery programs alone could cost $1 million per year. 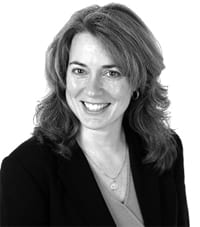