Skip to content
Uncategorized
October 7, 2014 HCN Staff 746 Views
I love the game of football. I grew up around the sport. My father was a football coach, and our family lived, breathed, and ate football.
But National Football League Commissioner Roger Goodell’s handling of the Ray Rice situation sickens me. It sickens me that there is any doubt that domestic violence should receive a swift, definitive, penalty. It sickens me that, for even one moment, the owners and the commissioner tried to find justification for Rice dragging the limp body of his then-fiancee off an elevator. It sickens me that an NFL player receives harsher penalties for using illegal and performance-enhancing drugs than for physically abusing the women in their lives.
The Rice scandal has made clear that the professional organization that represents football must make a dramatic shift in their policies regarding domestic violence.
As a long-time board member of the Women’s Fund of Western Massachusetts, I’ve learned that intimate-partner violence is a complex social problem that requires interventions on a variety of levels.
A good place to start is the code of conduct. It’s common knowledge that the league spells out, with shocking detail, rules of glamour, etiquette, and hygiene for cheerleaders. The cheerleader tome also includes a multitude of ways in which the woman can be punished with fines and game-day suspensions, or even fired, for ongoing makeup infractions. The NFL should be no less strict in their code of conduct for their players. The commissioner must craft a strong, unambiguous set of guidelines regarding domestic violence and immediately communicate these no-tolerance guidelines to players, coaches, and team owners.
In addition, one of the most effective interventions is peer pressure — men making it clear to other men that it’s simply not OK to abuse women. Commissioner Goodell had an opportunity to send this message after being confronted with evidence that Rice punched his fiancee, now his wife, in the face, knocking her out cold. The commissioner squandered this opportunity.
The NFL should not do the same. Instead, its owners should dismiss Commissioner Goodell to signal the beginning of a new no-tolerance policy. They should then use their incredible reach and influence to educate men on how violence against women threatens the very fabric of our communities.
When women are not safe in their intimate relationships, they are not able to hold jobs, pursue education or technical training, or secure stable housing for themselves and their families. The NFL should work with experts like the Women’s Fund who can help shape this proactive education along with community partners.
I will always love the game of football. But the NFL must draw a bright line between right and wrong when it comes to domestic violence before I can fully embrace the organization. –
Carol Fusia Campbell is president and CEO of Chicopee Industrial Contractors and the daughter of Vic Fusia, who coached football at Brown University, the University of Pittsburgh, and UMass, and also scouted for the NFL’s San Francisco 49ers. She was recently named Woman of the Year for 2014 by the Professional Women’s Chamber.
Share This Post: 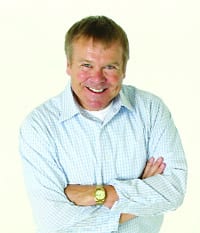 Adapt Your Practice to a New Model of Care Delivery