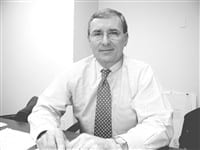 Noble Hospital was scheduled to break ground early next month on a multi-faceted expansion project that would add a medical office building and a new lobby and admitting area to the West Silver Street facility.

But the ceremonial shovels and hard hats will remain in storage because a number of fiscal pressures, including falling Medicaid reimbursement rates and a growing burden to the state’s uncompensated care pool, have prompted Noble officials to put the project on the shelf.

“We decided it simply wasn’t prudent to proceed with this project at this time,” said Noble President George Koller, who told The Healthcare News that there are simply too many question marks regarding the state’s budget — and what Gov. Mitt Romney will do in an effort to balance it — for the hospital to move forward with its plans.

The decision is perhaps the most visible evidence of fallout from years of declining Medicaid and Medicare reimbursements as well as new fiscal pressures that are anticipated when 50,000 members of MassHealth Basic are dropped from the Medicaid rolls on April 1. That cutback is expected to more than double the project deficit in the uncompensated care pool, from $67 million to more than $165 million.

That shortfall will be passed on to the state’s hospitals, said Koller, who anticipated that Noble’s commitment to the pool would rise over the next year from about $270,000 to more than $600,000. And things would be even worse the following year, when the pool deficit is projected to reach nearly $300 million and Noble’s contribution would be in access of $1 million, he said.

Meanwhile, Medicaid reimbursement rates for the hospital are due to fall from 71 cents for each dollar of care administered to about 67 cents, said Koller. “That alone will give us between $125,000 and $190,000 in additional expenses that we did not anticipate.”

Given those numbers, and the good possibility they could get even worse, Noble officials decided it best to put the expansion plan on hold, probably to be revisited within a year, said Koller.

He told The Healthcare News that while there would not be considerable expense involved in the actual building of the addition — especially the medical office building, which would be built and leased out by West Springfield-based Pearson Systems — there would be operating costs to consider. These would include staffing, equipment, and an ambitious plan to shuttle employees to and from remote parking lots, a move necessitated by the fact that the addition would be built largely on current parking space.

For the immediate future, Noble will make adjustments to live with the current facilities — specifically the challenge of coping with lobby space, built decades ago, that is now inadequate in an age of new privacy rules — and continue to explore options for physician office space.

While making due, Noble will also join other hospitals across the state and the Mass. Hospital Assoc. (MHA) in efforts to gain some form of relief from current and projected budget hits. In the meantime, the hospital, like others across the state, will have to focus energies on achieving additional cost savings, expanding current revenue streams, and finding new ones, he said.

“We’re working with state legislators to get some form of relief, from where I’m not sure at this point, but somewhere,” he said. “We’re going to join the MHA and other groups and make some noise and hope that the squeaky wheel gets some grease.

“Meanwhile, we’ve gone back to every department head and asked them to review their line items and make sure we’re at maximum efficiency and that they’ve squeezed out every dollar in savings that they can,” he continued. “We’re also going back and looking at every insurance contract we have to make sure we’re getting the very most out of those contracts, and we’re looking at our revenue cycles and making sure that we’re maximizing our collection efforts. We’re looking at everything we can to bring more dollars in and reduce the dollars going out.”

How long the expansion plans remain on the shelf is a function of how quickly and how profoundly the budget picture changes, Koller told The Healthcare News. The medical office building, lobby, and other elements in the expansion are desperately needed, but the conditions are not right to move forward.

“It’s a sign of the times,” he said. “There are things that we want to do — and that all hospitals want to do — that just aren’t possible now.”