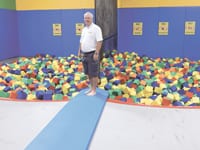 There are kids playing trampoline dodgeball, young people bouncing alone or with a friend or adult, teens testing their skills on a trampoline obstacle course, excited groups of children at birthday parties, and many other other fun-filled activities taking place on a daily basis at Bounce! Trampoline Sports in Springfield.

The facility opened in February 2015 and immediately became popular, mirroring a growing trend: the International Assoc. of Trampoline Parks expects 563 new facilities will open this year alone due to increasing demand.

But the rise is numbers has also caused a dramatic leap in emergency-room visits across the nation, and injuries sustained at trampoline parks have ranged from minor scrapes, strains, and sprains to broken bones and, in some instances, head injuries, spinal-cord injuries, and even death.

Still, proponents argue that all sports contain an element of risk, and point to football, soccer, and other group undertakings that have a high incidence of injury.

Bounce! Managing Partner Bill Merritt says it all comes down to mitigating risk, which involves a number of factors, including close supervision.

Indeed, a 1980 study on rebounding by NASA scientists found that using a trampoline for exercise was more beneficial than running.

But the American Academy of Pediatrics issued two warnings in 2008 and 2012 against home trampoline use long before trampoline parks began growing and have not changed their guidelines since that time. They said mini- and full-sized trampolines should never be used at home, in routine gym classes, or on playgrounds. Their recommendations state that the only place a trampoline should be used is in supervised training programs for gymnastics, diving, or other competitive sports, and even then, only one person should be allowed on a trampoline at a time.

In addition, a study titled “Trampoline Park and Home Trampoline Injuries” reported that U.S. emergency-room visits for park-related injuries rose to 6,932 in 2014, up from 581 in 2010. The typical person injured was a 13-year-old male, and although most sustained lower-extremity sprains and fractures, there were serious injuries that included spinal-cord damage. The report noted that the incidence of head injuries was lower than on home trampolines, but patients injured at trampoline parks were admitted to hospitals more often than people on backyard trampolines.

Dr. Joeli Hettler was a gymnast and diver and knows first-hand how beneficial trampolines can be to athletes training under supervision.

“But the American Academy of Pediatrics is very clear about their recommendations; children should not use trampolines unless they are doing so as part of a supervised athletic training program,” said the chief of the Pediatric Emergency Department at Baystate Medical Center. “Although the most common injuries we see are fractures, we also have seen kids with internal injuries.”

Hettler explained that the majority of bounce-related injuries she has treated resulted from children playing in bounce houses rather than on trampolines, and says broken bones are part of childhood.

“But we don’t want children to be permanently damaged, and although families who buy trampolines have every intention of using appropriate supervision, it’s easy to become relaxed about rules,” she continued.

For this issue, HCN looks at the myriad safety measures Bounce! employs to keep jumpers safe as well as advice from doctors about whether parents should allow their children to play on trampolines at home or in parks.

Dr. Louis Durkin, chief of Emergency Medicine at Mercy Medical Center, says parents need to balance the risk of injury against the benefits of any sport or form of exercise. He has allowed his own children to visit trampoline parks in Connecticut, but limits visits to times when the facility is not busy.

“It is a high-force, high-altitude activity, but it’s not as bad as sitting home on a couch doing nothing,” Durkin said. “Every sport, including football, has risks and dangers, so parents need to know what they are and assess the risk versus the benefit for their child. But trampolines can be deceptive; many people think they are safe because jumpers are landing on a soft surface.”

The majority of injuries he has treated from home trampoline use involve the ankle, followed by injuries to the arms, wrist, and forearm.

“The most common injuries we see are usually minor, but we do treat occasional fractures and injuries to the head, spine, and face, depending on how the person lands. If a child collides with someone or falls out of the trampoline, they can get a concussion,” he noted.

Durkin says adults and children should avoid high-risk activities such as flips or other acrobatics as they can result in neck injuries or other problems, and says no one should go on a trampoline unless it is enclosed, and even then, only one person should be allowed to jump at a time.

Dr. Que Nguyen doesn’t have children, but if she did, she would not allow them on home trampolines without close supervision or at trampoline parks. She has treated children and adults with trampoline-related injuries and thinks there are other forms of activities that are safer.

“Trampolines can help kids strengthen their muscles, improve their reaction times, and develop skills by learning what their bodies can do,” said the physiatrist from Pioneer Spine & Sport Physicians, who oversees therapy needed to recover from minor and severe sports injuries. “But teens tend to think they are invincible and will push their bodies to the limits, so I advise their use in children only in a supervised environment with restrictions like no flips or stunts.”

Her patients have included adults with injuries sustained on trampolines, and she is treating a patient with a traumatic brain injury who fell off a home trampoline while doing a flip, as well as an adult who sustained a spinal-cord injury during his teenage years.

“If someone hits another person or hits a metal support when they land, it can cause a brain injury such as a concussion, spinal-cord injury possibly leading to paralysis, or fractures,” Nguyen noted.

When it comes to decisions about safety, she said, “adults have to determine their own comfort, ability, and the level of risk they are willing to take for themselves or their children, which is something we have to do in all aspects of life.”

Bounce! not only conforms to safety standards set by the International Assoc. of Trampoline Parks and ASTM International, it posts a long list of rules and regulations on signs throughout the facility that make it clear what type of behaviors are prohibited.

All child jumpers must have a parent or guardian sign a waiver that acknowledges the risks involved in the activity, and people of all ages are asked to watch a two-minute safety video before entering the trampoline area.

Jumpers have to empty their pockets before they are allowed entry; there is no running, double jumping, shoving, or roughhousing allowed; and no one can enter a trampoline area until a safety monitor gives them permission to do so.

That’s important because only one jumper is allowed in an area at a time, with the exception of some larger areas where two jumpers can share the space, as well as group areas such as the dodgeball park.

“We never claimed to be a risk-free environment because jumping is a physical activity,” Merrill said. “But we mitigate risk through safety-monitor training, the presence of our safety monitors who control activity in each section of the park, as well as the park’s basic design.”

To that end, Bounce! eliminated the covered metal frame supports between the trampoline area and foam-ball pits, as well as in areas where jumpers can go up a slight slope and bounce down, which are found in many trampoline parks.

“Engineering is the driving force behind safety,” Merrill told HCN.

He added that trampoline parks allow people of all abilities to use them, and Bounce! has hosted groups of people with autism or other disabilities, who enjoy the fun-filled exercise that comes from jumping in a trampoline park.

The bottom line is simple: parents need to know and weigh the overall risks before they allow their children to visit a trampoline park or jump on a backyard trampoline.

Hettler says large home trampolines are better than small ones, and round ones are less likely to result in injury than square models, as there is less chance of hitting metal supports.

“The most common injury we see from trampoline use is fractures. But we also see a lot of them from skateboarding, and the worst sport-related injuries are sustained in BMX racing,” Hettler said.

Which shows that many activities have the potential for injury, so the decision of whether to allow a child to jump for fun comes down to knowing their personality, where and how they will be jumping, and gauging the relative safety of each situation — which is, indeed, often a veritable leap of faith. 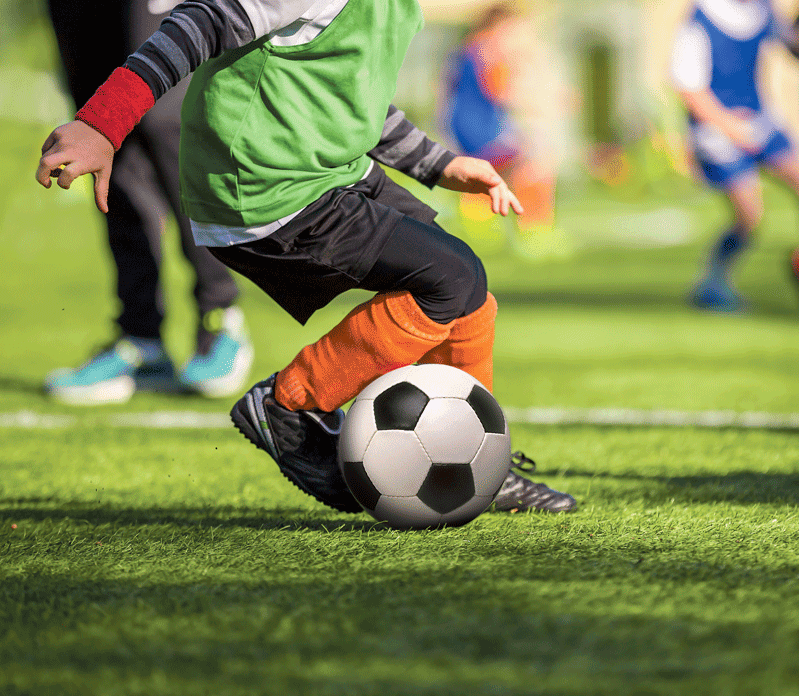 Too Much, Too Fast, Too Soon – Overuse Injuries Are Common in Young Athletes 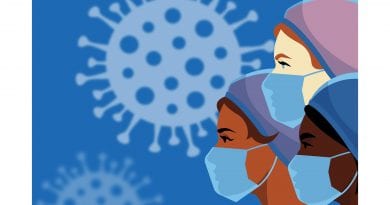