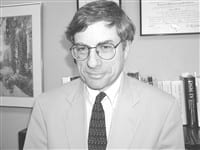 “How could you not have known?”

Those words still ring in Sally Fogarty’s ears more than a decade after her daughter attempted suicide. They were uttered by an emergency room worker who was talking with Smith after she came to see her daughter in the hospital.

“She said, ‘how did you not recognize that something was wrong?’” Fogarty, asssitant commissioner of the state Depart-ment of Public Health, told an audience of more than 450 people at a suicide-prevention conference staged earlier this month at the Log Cabin Banquet and Meeting House. “Did I know my daughter was somewhat depressed? Yes. Did I realize the true level of her despair? No, I did not.”

Many parents and friends who go through the nightmare of suicide or attempted suicide on the part of a loved one simply don’t know, said Benjamin Liptzin, M.D., chairman of the Department of Psychiatry at Baystate Medical Center and organizer of the conference. Helping people recognize the signs — and then helping individuals with suicidal thoughts get the help they need — is part of a national and statewide effort to bring more attention to the subject of suicide, he said, with the ultimate goal of increasing prevention.

Certainly not all suicides can be predicted, much less prevented, said Liptzin, but many of these tragic occurances simply don’t have to happen. And reducing the number of suicides in this region is the motivation behind creation of the Pioneer Valley Suicide Prevention Coalition, which is developing new strategies, including the Nov. 14 conference, to combat the problem.

Liptzin and other speakers at the conference said the keys to prevention are many, including everything from awareness of the many possible causes to steps toward removing accessibility to the instruments of suicide to changes in the way the media covers suicides.

But the place to start is with increased awareness of the extent of the problem and its many costs to society, said state Sen. Robert Antonioni, another speaker at the conference, whose brother took his own life three years ago. “There are so many people out there suffering,” he said. “These are people who don’t know where to go to for help and may not know how to ask for it — my brother was one of them.”

Helping people to get help is the primary goal of a new national focus on suicide, said Liptzin, who, like Antonioni, attempted to put the matter into perspective. He said that during the three-week reign of terror by the D.C. sniper, during which 10 people died, perhaps four or five times that many people would have taken their own lives in the Washington/Virginia area. But the outcry over suicide, not to mention the funding to combat it, simply isn’t the same.

Thus, Antonioni admonished those in attendance to call legislators and tell them to make suicide prevention a priority. “That’s the only way to ensure that this matter gets the attention it deserves.”

More than 3,000 American died on 9/11, a terrible statistic, said Liptzin. But since that date, at least 10 times that many Americans have taken their own lives, and it is the opinion of the surgeon general — and others who are combatting the problem — that many of these deaths can be prevented, he said.

Looking at the statistics over the past several years, suicide rates have actually fallen slightly in Massachusetts. The rate was about nine suicides per 100,000 people in 1996, and it was below eight in 2000, when 401 state residents took their own lives. Likewise, the number of hospitalizations for non-fatal self-inflicted injuries also declined. That number was nearly 4,000 in 1996 and just above 3,000 four years later.

Liptzin said the decline is largely a mystery, but there are several theories, most of them involving the economy, which was, for the most part, quite strong during those years. “When the economy is better, you can expect to see some reduction.” he said. But even though the overall numbers are down, suicide rates are climbing for some demographic groups, most notably the elderly and African-Americans, and the number is still too high.

“Suicide is still a rare event,” he said, “but it’s not as rare as people think.”

There are many statistics kept about suicide, and all of them are revealing, said Liptzin. For example, the rates are highest among individuals 65 and over, a group that has more medical problems, is more isolated, and tends to have greater feelings of hopelessness. Also, more women attempt suicide than men, but men are more likely to succeed, if that’s the right word, than women. Handguns are the method of choice among men, while drug overdose is the strategy of choice for women.

Beyond all the statistics, however, is the shared belief that many suicides can be prevented, said Liptzin, who said education is the key to lowering the rates. He told The Healthcare News that the conference will hopefully be the first of many such events to broaden awareness of suicide and build momentum in the effort to prevent such deaths.

The day-long conference drew more than 450 people, said Maureen O’Connell, one of its organizers, and another 300 were turned away. “If we had the space, we could have seen 800 people at this event … that shows the level of interest in this problem and the level of commitment to doing something about it,” she said, adding that is likely that the conference will become an annual or semi-annual event.

The conference was attented by mental health professionals, psychologists, crisis team members, educators, first responders such as police and fire personnel, and a large number of suicide survivors — relatives and friends of those who have committed suicide. The conference had several stated goals, including:

• Discussing the unique characteristics of depression;

• Listing effective strategies to employ for someone who is suicidal;

• Identifying the means to reduce the stigma associated with help-seeking behavior in various settings; and

• Describing the next steps for preventing suicide in the community.

Among the speakers were Alan L. Berman, executive director of the American Assoc. of Suicidology in Washington, D.C. who offered an overview on suicide prevention, focusing mainly on adolescents; Kenneth Duckworth, M.D., deputy commissioner of the state Department of Mental Health, who addressed the broad subject of stigma and how to erase it; Kerry Knox, co-director of the Laboratory for Suicide Prevention, who spoke on suicide prevention in the workplace and highlighted a highly successful program used by the Air Force to lower suicide rates; and Yeates Conwell, M.D., who spoke on suicide in the elderly.

A common thread running through the various talks was the belief that society does not have to accept the current suicide rates and the the deep distress that suicide creates in family and friends.

Berman told those assembled that, despites some feelings to the contrary, many things can be done to prevent suicide. One of the keys is recognition of the many causes and warning signs, particularly depression, which is prevalent in the vast majority of suicide cases.

Other risk factors include a family history of suicide or depression, anxiety disorders, substance abuse problems, lack of coping skills, poor attachments, poor interpersonal problem-solving abilities, negativism, and even bullying, he said, noting that suicide is more prevalent among both those who bully and those who are bullied.

What should parents and loved ones do when they see some or all of these factors? For starters, they shouldn’t ever assume that suicide is not a possible outcome, said Liptzin, adding that too many people make this mistake. The next step is to do what’s necessary to get the person some help.

Both Liptzin and Berman said that while Baby Boomers are generally better able to admit they need help — and then seek it out — than previous generations, there are still too many people, especially males, who are reluctant to take those important steps. And failure to do often accelerates and amplifies feelings of hopelessness and despair.

Another step that society in general can take to prevent suicides is putting restrictions on the lethal means by which people complete the act, said Berman. This includes everything from reducing handgun accessibility to tighter restrictions on the sale of some medications to barriers on bridges that become popular jumping spots.

“Where there are more guns, there will be more suicides with guns,” he said, adding that there are statistics to back up that claim. “If we can make the accessible method less accessible, then we can reduce the number of suicides,” he continued, noting that while substitution of one method for another may seem logical, it doesn’t happen as much as people might think.

Meanwhile, employers, and especially school systems, need to address suicide on a more consistent basis. He said many schools will have a program perhaps once a year, an effort that won’t help someone who is having suicidal thoughts six weeks or six months later.

And while suicide among young people gets much of the attention on this issue, the rates among the elderly are equally alarming.

Liptzin said that in addition to both physical pain and feelings of hopelessness, many elderly with suicical thoughts believe their families would be better off without them.
“It is thoughts like those that we have to address,” he said. “We have to convince these people that their children’s lives would not be better without them.”

Liptzin told The Healthcare News that the most horrible thing about suicide is that it’s permanent — and so is the pain it causes.

“People thought that suicide was their best or their only option,” he said. “Collectively, we have to get these people help and convince them they do have other options.”

Not all suicides can be anticipated, and certainly not all of them can be prevented, he stressed, but by focusing on what can be done to prevent suicides, society can reduce rates across the board. 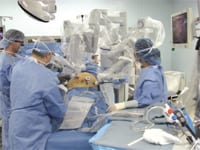