BOSTON — Opposition to the legalization of medicinal marijuana in the absence of scientific studies that demonstrate its safety and efficacy led the list of resolutions adopted by physicians of the Mass. Medical Society at the organization’s annual meeting of its House of Delegates on May 19.

The society’s annual meeting brings together hundreds of Massachusetts physicians from across the state to examine and consider specific resolutions brought forth by members to the Society’s House of Delegates, its policy-making body. Resolutions approved by the membership become policies of the organization.

The multi-part resolution on medicinal marijuana also advocated that marijuana be reclassified by the U.S. Drug Enforcement Administration so that its potential medicinal use by humans may be further studied and potentially regulated by the U.S. Food and Drug Administration; supported the development of non-smoked, reliable delivery systems of cannabis-derived and cannabinoid medications for research purposes; and supported educating  residents of the Commonwealth that there is insufficient scientific information about the safety of marijuana when used for medicinal purposes.

A second, separate resolution on medicinal marijuana declared that the society “cannot support legislation intended to involve physicians in certifying, authorizing, or otherwise directing persons in the use of medicinal marijuana outside of scientific and clinical trials.”

Among other resolutions adopted by the delegates:

Physician Gift Ban: MMS members adopted a resolution to engage in advocacy to modify the Massachusetts ban on gifts to physicians if such advocacy advances patient interest, if it conforms to the guidelines regarding industry gifts to physicians as stated by the American Medical Assoc. and the Accreditation Council on Continuing Medical Education, and if it does not adversely affect public trust or the benefit to the patient from modification of the law outweighs the ethical impact of any potential adverse effect on public trust.

Medical Liability: Physicians voted to financially support the initiative to transform the medical liability system in the state to one of disclosure, apology, and offer, an effort led by the MMS and announced last month by a coalition of major hospitals and health care organizations in the state.

Accountable-care Organizations: Physicians passed a resolution for the medical society to strongly advocate that all physicians practicing in the same geographic area be allowed to participate in any local accountable-care organizations or integrated networks upon demonstration of compliance with non-exclusionary and transparent requirements for participation. The resolution further stated that the MMS will developed reasonable criteria for membership in ACOs and integrated networks.

Employed Physicians: Physicians approved a resolution stating that the medical society should become the lead association for physicians in Massachusetts who maintain employment or contractual relationships with hospitals, health systems, and other entities and to represent and address the unique needs of employed physicians in those organizations.

Robotic Surgery: A resolution was adopted to oppose efforts of the legislature to develop training protocols, certification, and guidelines for surgeon training and experience for the use of robotic surgery.

Oral Health: The society agreed to create a task force on oral health whose objectives include engaging medical educators to add oral health into medical curriculum and to incorporate oral health into MMS initiatives to improve public health.

Strategic Plan: Delegates approved the 2012-13 strategic priorities for the MMS to include improving health care quality, access, and equity for patients, while delivering cost-effective care and promoting a sound public health system for the Commonwealth. A focus of the society will be to strengthen and support physician-practice viability and the sanctity of the physician-patient relationship.

The society also voted to double the number of annual MMS Scholars selected from the state’s four medical schools to 16 from the current eight and to establish an annual Woman Physician Leadership Award to recognize a woman physician for outstanding leadership and professional contributions.

Among the policies the Society voted to reaffirm were those opposing a pharmacy’s practice of sending confidential patient information to database marketing specialists; urging caution in physician use of e-mail by recommending that such communication should not be used for urgent requests or conditions; and supporting the rights of physicians and patients to choose the appropriate medication for the patient on a clinical basis. 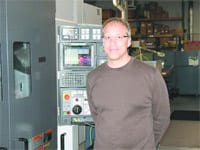 Surgical Precision Medical Manufacturing Gains a Foothold in the Valley