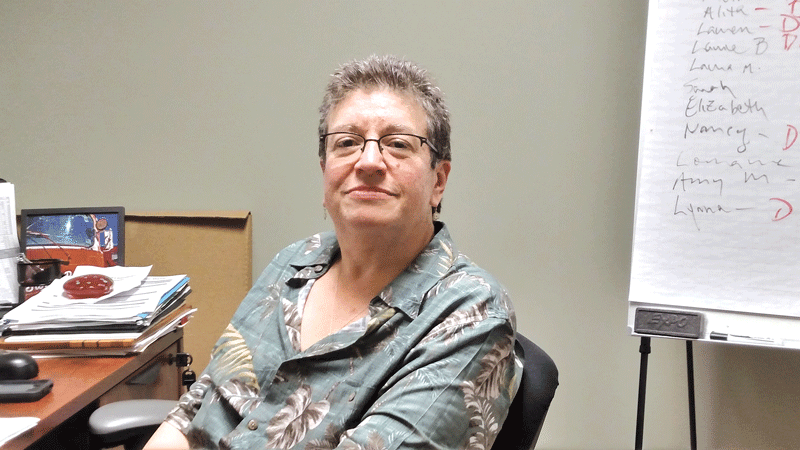 It’s alarming enough, Melissa Perry says, that overall suicide rates, both nationally and in Massachusetts, are on the rise. But she is struck by some of the details that comprise the larger trend.
For example, suicides among girls ages 10 to 14 tripled over 15 years, from about 50 in 1999 to 150 in 2014 — a relatively small number compared to the general population, but a distressing statistic nonetheless. Perry, director of Behavioral Health Nursing at Holyoke Medical Center (HMC), suggests one factor behind this increase: the pervasiveness and incessance of bullying in the social-media age.
“When we were young, we were able to get away from the name calling and getting picked on in school, just by going home,” she told HCN. “Social media has kicked it up a notch. Girls are picked on at school and then continue to get picked on every time they’re on social-media sites; it continues and never ends. I really think that plays a huge role in girls struggling. Even switching schools doesn’t solve the problem.”
According to a study released earlier this spring by the National Center for Health Statistics, it’s not just teen and tween girls at risk. After a period of consistent decline in suicide rates in the U.S. from 1986 through 1999, rates for the overall population have increased steadily from 1999 through 2014, the last year for which data is available. In fact, 42,773 people died from suicide in 2014, compared with 29,199 in 1999.
“That’s a significant jump,” said Nina Slovik, a social worker and clinic director at the Center for Human Development, before detailing some possible drivers behind the surge. “The economic climate is a very significant factor — job loss and financial insecurity. Social isolation is a factor, which can be seen in the rate of divorce and the increase in the number of people who are not getting married and might not be socially connected. And you certainly cannot discount the enormous increase in drug addiction and substance abuse.”
The bottom line is that suicide is now the 10th-leading cause of death in the U.S., and number two among the 15-24 age group. Slovik noted that African-American men are the only demographic group whose suicide rate is down, and the only age group to decline is men and women over 75.
“The problem is widespread across all the other age ranges,” she said, adding that people who feel disenfranchised, such as LGBT individuals, are at higher risk, while those who have made suicide attempts in the past are much more likely to try again in the future — about 40 times more likely, in fact, than those who have never done so.
“The causes can be complicated,” said John Kovalchik, HMC’s Outpatient Behavioral Health manager. “There’s a family history of violence, sexual molestation and abuse, a history of substance abuse or mental illness, being incarcerated, having access to firearms, things of that nature.”
Access to tools of violence don’t tell the whole story, however. While the share of suicides involving guns has declined since 1999 — from 37{06cf2b9696b159f874511d23dbc893eb1ac83014175ed30550cfff22781411e5} to 31{06cf2b9696b159f874511d23dbc893eb1ac83014175ed30550cfff22781411e5} — suffocation deaths, including strangulation and hanging, are up from less than 20{06cf2b9696b159f874511d23dbc893eb1ac83014175ed30550cfff22781411e5} to about 25{06cf2b9696b159f874511d23dbc893eb1ac83014175ed30550cfff22781411e5}, perhaps reflecting the fact that everyone has access to such means, while gun-ownership rates are down in some states.
The larger question, of course, is what to do about what Slovik characterizes as not just a psychiatric problem, but a full-blown public-health issue. The professionals who spoke with HCN agree that suicide prevention and intervention resources abound in Western Mass., but identifying at-risk individuals and connecting them to help isn’t always easy. But through education and greater public awareness, they say they’re making strides.

No Boundaries
While financial struggles are rampant at a time when Americans hear the recession is over, yet many are still unemployed or underemployed; and while substance abuse is a growing issue in many states, including Massachusetts, the risk factors for suicide extend far beyond those timely factors, ranging from mental illness and a history of abuse to lack of an emotional support system to family disruptions like divorce and lawsuits, according to the Mass. Coalition for Suicide Prevention.
“Suicide doesn’t really have any boundaries; it’s one of those things that can occur in any population,” said Robert Reardon, who chairs the Pioneer Valley Coalition for Suicide Prevention, the statewide organization’s regional chapter. “We want to make sure the message we’re sending out about suicide prevention is as diverse as our communities in the Pioneer Valley.”
Reardon is also director of Outreach and Community Services for Tapestry Health, a regional network of public-health services that, as one part of its mission, links people to suicide-prevention services and offers workshops and educational programming aimed at making people more aware of the outward signs of potential suicide.
Those signs vary widely, but can include feelings of hopelessness; preoccupation with death; withdrawal from family, friends, sports, and social activities; drastic behavioral changes; depression, anxiety, and eating disorders; giving away possessions; taking unnecessary risks; lack of energy; inability to think clearly or make decisions; loss of interest in work or school; changes in appetite, sleeping habits, or personal appearance; and financial worries — just to name a few.
However, the Mass. Coalition notes, individuals also possess ‘protective factors’ — personal, familial, and interpersonal factors that help one cope with life. These range from a sense of humor to good problem-solving skills; from strong faith to good nutrition and regular exercise; from connectedness to family or church to a sense of purpose.
“Nobody is just one thing — a big mass of depression or mental illness or alcoholism,” Slovik said. “Everyone has particular strengths and skills. We have to look at the larger picture.”
Kovalchik said it’s important that people are able to recognize not only the warning signs of a potential suicide, but these resiliency factors, so they can help their loved one focus on them instead of their stressors.
Which means talking and asking questions when warning flags emerge. The coalition emphasizes that talking about suicide will not put the idea into someone’s mind; rather, most people will be relieved that someone has noticed their pain and are willing to help.
After all, the organization notes, people who die by suicide generally do warn others, and may be trying to get attention in order to get help — and they should be taken seriously.
“It never hurts to ask someone questions,” Slovik said. “Whether it’s a family member, friend, co-worker, whomever, if for any reason you think a person is at some risk, you won’t create a suicidal person by asking direct questions; that’s a myth, and it’s not borne out by clinical experience or data.
“Asking people about suicide does not increase the risk,” she went on. “In fact, it may decrease their sense of isolation, the feeling that nobody knows what they’re going through, that nobody has ever felt like they do. There’s a lot of shame and embarrassment associated with feeling suicidal, and if you can overcome that sense of isolation, that’s a good first step that can lead to a larger discussion.”
She doesn’t recommend giving clinical advice to someone who is suicidal, but it’s important to listen closely, express understanding, and suggest resources that might be able to help.
“There are often shame-based associations with being depressed, being anxious, being frightened, being bullied,” she told HCN. “But if you can break down the barrier by getting them to talk about it, that can be very meaningful. Getting in the door is a big deal.”
Medical professionals are increasingly doing their part, Kovalchik said, by screening patients who arrive in emergency rooms for behavioral-health issues, substance abuse, and past trauma, to name a few signs. “It’s important that we don’t separate the body from the mind, as we have historically.”
The importance of speaking directly to someone suspected to be a suicide risk is often magnified when dealing with a teenager, Perry said, because this group tends to be more impulsive and often responds to a stressor more quickly than someone a bit older.
“If someone might be thinking about suicide, having that conversation — and then supporting them and offering them hope — is a big step,” Reardon said. “Then you can help that person seek help through other resources; there are a lot of mental-health services and organizations in the region that can provide support.”

Healthy Choices
For its part, Tapestry works with recovery learning communities, or RCLs, a program of the state Department of Mental Health to offer information and support to people struggling with mental illness, and that initiative’s Alternatives to Suicide peer-support groups.
“Those have been well-received by folks because they’re run by people who have attempted suicide or had long-standing thoughts of suicide,” Kovalchik said. “But you have to get someone to buy in and seek help. That is the tricky piece, I think.”
Meanwhile, the Mass. Coalition for Suicide Prevention, since its founding 17 years ago, has worked with the state Legislature to get more than $28 million allocated for suicide-prevention services targeting veterans, older adults, college and university students, youth and young adults, mid-life adults, and LGBT youth.
The coalition’s training efforts have reached nearly 31,000 advocates, teachers, clinicians, substance-abuse staff, elder advocates, and youth service organizations, among others, and the organization co-sponsors 14 annual Massachusetts Suicide Prevention Conferences, attracting hundreds of participants each year.
Efforts like these, and the programs operated by agencies like the Center for Human Development, are making a difference in the lives of those they reach, Slovik said, even though too many are still succumbing to suicide.
“The most significant approach to preventing suicide is getting people to find a place where they can talk about whatever is going on in their lives — that therapeutic relationship with somebody that can help engender a sense of hope,” she said. “Hope is really the most critical factor in preventing suicide. How do you instill hope in people? It’s relationship-based: talk to people, find out what their risk factors are, and focus on their protective factors.
“It’s a complex problem, and there are no guarantees,” she concluded. “We don’t kill anyone, and we don’t save anyone. If we’re lucky, we help people save themselves.” 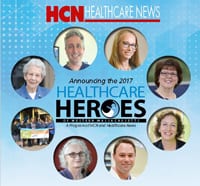 Primary Concerns – Physicians Get Back to Work After HCPA Bankruptcy 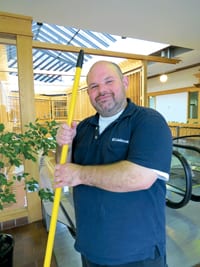