BOSTON — Associated Industries of Mass. (AIM), the largest employer trade association in the state, and the Mass. Healthcare Purchaser Group (MHPG), a coalition of large public and private purchasers of health care, together representing more than 2 million covered lives in Massachusetts, announced that they are supporting an initiative by Minnesota-based Patient Choice Healthcare Inc. to introduce a new consumer-driven health care delivery network into the state.
Patient Choice is beginning network development and plans to have a network in place in the greater Boston-Worcester area for Jan. 1, 2003 enrollment. The company manages what is considered the first consumer choice health care program to operate in the nation.

Under the Patient Choice program, providers align themselves into networks called “care systems” that include primary care physicians, specialists, hospitals, and other health professionals, said Ann Robinow, the company’s president and COO. Each care system sets its own price, makes its own care management decisions, and determines its provider constituents. Consumers select their physicians and affiliated care systems based on cost, quality, and service.

That model represents a significant change from the products now available in the Bay State, said Richard Lord, AIM executive director, and presents an option that brings benefits for employers, employees, and providers.

“Employers are looking for ways to address rising health care premium costs and preserve choice, while helping their employees to operate as value-sensitive health care purchasers,” Lord explained. “The Patient Choice program gives consumers information so they can compare their health care options and make informed choices based on what is important to them, without restrictions from employers or health plans.

“The fact that this program has been able to contain costs without compromising quality in Minnesota is very important, and we are pleased to support this initiative,” he continued. “Introducing the Patient Choice program in Massachusetts will give health care purchasers an opportunity to effect change in health care and put more competition into this market.”

Asked to explain how Patient Choice works, Robinow said the name essentially says it all. This is a retail model, she explained, one that gives the consumers options. Meanwhile, it gives providers a chance to put their best foot forward and showcase what they can do for patients.

“What we do when we enter a market is invite providers to organize themselves into what we call care systems,” she said, adding that these systems determine their composition, as well as their care management model, and set their own pricing. Patient Choice then converts that pricing into a relative cost of care, based on a number of factors.

“We then present all this information to consumers, and they then choose where they wish to go to receive health care services as part of plans provided by their employers,” she continued. Providers, which become the product in this retail model, are given the chance to define who they are, how they are positioned in the marketplace, and how they are priced. “Our role is to create this level-playing-field market infrastructure and the information needed for people to make intelligent decisions.”

The company currently has networks in Minnesota, Colorado, and Oregon, she said, adding that in the latter two markets the company is currently enrolling employers for the networks. It is also looking at other markets, including Seattle and especially Eastern Mass.

Robinow told The Healthcare News that the company recently completed an extensive study of the Massachusetts health care market for AIM and MHPG and concluded that the state was a good fit for its program. Among the necessary ingredients, she said, are large employers and an organized group of providers.

“We interviewed more than 50 area purchasers, provider organizations, and health care opinion leaders and found that this market is eager for an innovative health care alternative that can promote competition,” she said. “Employers like the way the program addresses issues of quality, cost, service, and choice, while providers like the incentives to invest in quality and efficiency and the freedom to manage patients the way they think is best.”

Overall, response to the concept has been generally positive among both employers and providers, she said.

When asked about the prospects for creating a network in Western Mass., Robinow said the company has not studied that specific market yet. On the surface, the area would appear to have enough larger employers and the proper health care infrastructure to make a program work here, however. 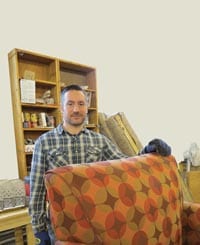 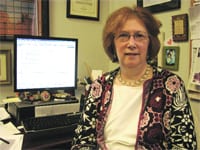