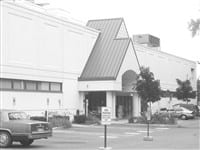 Biotechnology promises to be one of the top engines of scientific progress in the 21st century — and medical professionals in Western Mass. see this region as a potential leader.
That’s why Baystate Medical Center is teaming with the University of Massachusetts on the $92 million Pioneer Valley Life Sciences Initiative, creating a center for the wide-ranging field of biotechnology — even though they don’t yet know what the center’s main thrust will be.

“The field of research has not been defined and probably will not be defined for a while. We’re not focused on any specific area at this point,” said Dr. Paul Friedmann, Baystate’s senior vice president for Academic Affairs. Part of the reason for the open-ended nature of the venture is that the life sciences may see many changes between now and the day the project opens its doors in Springfield and Amherst.

“There’s a lot of potential for new developments in these areas, so we’re not focusing on any one thing until we identify the precise nature of the research work and until we identify individual investigators who will be a part of this,” Friedmann said.

Welcome, it seems, to a century of change.

A few facts about the complex are fairly certain. The project, which is being funded through a mix of public and private sources, will include the creation of a 75,000-square-foot biomedical research facility at one of the hospital’s existing buildings on Main Street in Springfield, as well as a new, 200,000-square-foot Integrated Sciences Building to be constructed on the Amherst campus of UMass.

The state has pledged $17 million toward the project, while another $30 million will come from the federal government. To reach the $92 million funding goal, the UMass Building Authority will bond $25 million toward the project, while $20 million is expected to come from private investment and other sources.
Both the Springfield and Amherst facilities had originally been tagged for 2005 or 2006 openings, but the exact schedule has become somewhat clouded by the university’s recent change in leadership and its financial problems related to state budget cuts.

“They haven’t really been able to deal with specific issues related to this project, but we’ll be meeting later in the summer with the new chancellor (John Lombardi) and getting him up to speed on where we’ve been and where we need to go,” Friedmann said. “When that happens, we’ll see additional progress.”
Still, he said, it could be some time before specific research programs are fleshed out.

“While the field of research has not been defined,” Friedmann said, “it will ultimately be a basic research facility that will be staffed by University of Massa-chusetts faculty and Baystate faculty in joint research programs to be developed there.”

To be sure, the fields of biotechnology, life sciences, and genetics could change rapidly in the coming years as the center takes shape. For instance, it was only five years ago that Dolly the sheep was cloned in England, and now cloning technology has advanced to the point where lawmakers must grapple with the prospect of harvesting human embryos for stem cell research. Meanwhile, the Human Genome Project, which could lead to progress in fighting and preventing genetic disorders, is well ahead of schedule (see related stories, cover and page 15). And other corners of science may advance in a similarly rapid fashion.

“Clearly, genetics is one of the forefront areas right now, and there are a lot of activities going on in genetic research and genetic control of various diseases, so that’s going to be very important,” Friedmann said. Other areas in which further research could bring breakthroughs include vascular disease, cancer, and diabetes, he added.

Baystate and UMass formalized an affiliation in 1998 that combines programs at the two facilities. For example, the two entities currently finance what is called the Collaborative Biomedical Research Program. The joint effort provides seed funding for research projects between faculty at the college and the hospital. The partnership also includes a jointly taught UMass course in Molecular Science and a Biomedical Scholars program to train physician scientists.

Noting that basic research is an essential component of academic medical centers, hospital officials say they need an academic partner like UMass to be competitive. For their part, university officials claim to need a strong clinical partner like Baystate to develop solid programs in life science.

Both partners in the project predict that biotechnology is fast becoming not only a key area of scientific progress but a generator of high-paying jobs.

And while Massachusetts ranks third nationally in health research spending and is a leader in biotechnology funding, the Boston area has seen most of the progress.

The Life Sciences Initiative, its developers say, is one way to bring some of those research and economic benefits to the western half of the Common-wealth.

At a conference announcing plans for the partnership last year, state Sen. Richard Neal, D-Springfield, said the initiative “has the potential to change
the entire complexion of Western Massachusetts.”

That change may be slow to come, at least when compared to the rapid changes erupting across the scientific landscape. For officials at Baystate and UMass, the first challenge is simply to keep up.