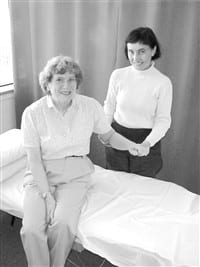 For JoAnn Knight, lymphedema isn’t something she will rid herself of at some point. The same is true for the 3 million other people who suffer from the condition nationwide.
That’s why her recent rehabilitation program at Berkshire Medical Center (BMC) was not only about being treated, but about educating herself for a lifetime of self-treatment.

“The idea was, I’d better figure out how to treat this because I’m going to have it for the rest of my life,” said Knight, who, along with her occupational therapist, Patricia Doyle, spoke with The Healthcare News about the effects of lymphedema and how she has learned to manage it.

At BMC, that has included compression bandaging, massage, and drainage of the lymphatic areas — and an emphasis on helping Knight, and other patients, learn to manage the treatments on their own. Unlike some types of rehabilitation from which patients return home fully healed, lymphedema rehab involves an acceptance of how the treatment will become part of the daily grind for life.

In that sense, the education component might be the most important piece.

The lymphatic system, under normal circumstances, cleanses the body’s fluids before sending them back to the heart. Lymphedema, simply put, is an accumulation of lymphatic fluid in the lymph tissues that causes swelling, most often in the arms or legs, but occasionally in other parts of the body.

Lymphedema can develop in one of two ways. Primary lymphedema is caused when lymphatic vessels are missing or impaired, and can be present at birth, develop at the onset of puberty, or in adulthood, all from unknown causes. It is also associated with vascular anomalies such as hemangioma and lymphangioma.

Secondary lymphedema is caused when lymph vessels are damaged or lymph nodes are removed. When the impairment becomes so great that the lymphatic fluid exceeds the lymphatic transport capacity, an abnormal amount of protein-rich fluid collects in the tissues of the affected area.

According to the National Lymph-edema Network, left untreated, this stagnant fluid not only causes tissue channels to increase in size and number, but also reduces oxygen availability in the transport system, interferes with wound healing, and provides a culture medium for bacteria that can result in an infection called lymphangitis.

Knight’s lymphedema was of the secondary variety, the result of a mastectomy she received in February.

“They took out the central nodes and one other, which isn’t very much,” she said. “But after a couple of months, I started getting swelling in the hand and arm. My opinion was to get it looked at and get it treated before it got any worse.”

“Secondary lymphedema occurs with the removal of lymph nodes and can be made worse by radiation in the lymph tissue,” Doyle said. Once sufficiently advanced, the process can’t be reversed, but the rehabilitation program at Berkshire Medical Center is meant to help sufferers live with the condition as well as they can.

“Combined decongestive therapy, as it’s called, is a combination of manual lymph drainage, light massage, bandaging, and skin care,” she said. The massage, she explained, helps redirect fluid from the area in which the nodes were removed and where congestion has built up. “It has been used in Europe for many, many years, but in the last 10 to 15 years it has started to be used in this country.”

In the past, Doyle said, remedies for lymphedema were scattershot at best, and not part of a comprehensive regimen. “Women were told to elevate their arms, but there was nothing that could be done for it,” she said. “After that, people used a pneumatic compression pump and compression garment, an elastic sleeve.”

Having a broader range of treatments these days is crucial because lymphedema is a serious quality-of-life issue, she explained.

“When you have lymphedema, it must be treated or managed. There is no cure for it,” Doyle said. “It creates problems, and it can become pretty debilitating. An arm can get very large, develop infections, and worsen to the point where you need frequent hospitalizations or trips to the doctor. And, as the arm becomes less healthy, aesthetically it’s less pleasing — you don’t fit into your clothing. And at later stages, lymphedema can be painful.”

As for Knight, once the condition was diagnosed, she held out hope it would cure itself, “but of course it didn’t.” Now it’s a matter of living with it — and the techniques she learned at BMC are a major part of that.

“It’s an ongoing situation, keeping it bandaged,” she said. “I bandage it at night, and I wear an elastic sleeve during the day. If I’m going somewhere special for a couple of hours, I will go without it, but that’s all.”

If Knight has taken anything from her experience, it’s a realization of the importance of getting lymphedema symptoms checked out, as she did, before they become too advanced. Signs may include a full sensation in the limbs; skin feeling tight; decreased flexibility in the hand, wrist or ankle; difficulty fitting into clothing in one specific area; or ring, watch, or bracelet tightness.

Knight has finished what would be considered her intensive treatment program,” Doyle said. “I saw her for a month, four days a week, an hour and a half each session. After that, I like to see people after one month, three months, and then yearly follow-ups to see how they’re managing and to make sure they’re not having an exacerbation.”

Knight, like millions of other Americans, is trying to make sure that doesn’t happen. While lymphedema can cause social inhibition, depression, physical disability, em-barrassment, and other lifestyle changes, Knight said she’s taking it day by day — thanks to the foundation she received through her rehab experience.

“There is some anxiety,” she said, “but the day-to-day care is just one more thing to do when you’re getting ready for the day.” 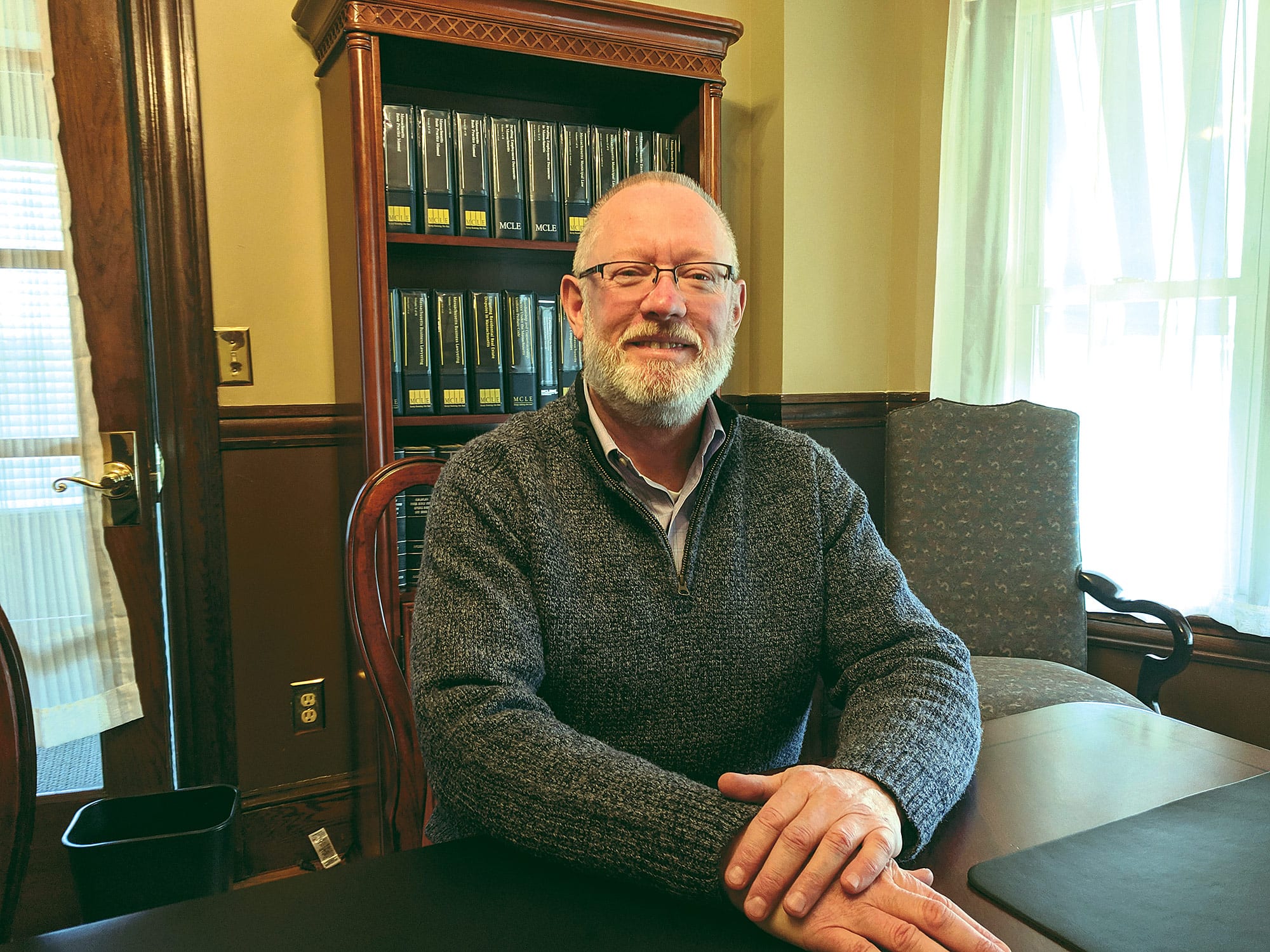