Almost everyone knows the sensation of leaving a rock concert with a blocked or ringing sensation in the ears — one that, thankfully, usually goes away by the next day.

Well, imagine sitting at a concert for 10 hours a day, every day. A typical concert reaches volumes of 115 decibels — which is precisely the maximum volume of an iPod when wearing earbuds. Even when used at slightly below the top noise level — say, 100 dB — that’s still the volume of a pneumatic drill.

And iPod users — the most common users of portable music devices — are doing something very similar; it’s not uncommon for many of them to be attached to their iPod for most of their waking hours, and at potentially damaging noise levels.

“We have concerns with adolescents and even younger people using iPods and cell phones, but iPods particularly, because children wear them so often and for so long; some wear them all day,” said Lois Osetek, manager of the Mercy Hearing Center in Springfield. “That wouldn’t be a problem, necessarily, but they wear them too loud. If you can hear it an arm’s length away from the person wearing it, that person is wearing it too loud. I can’t tell you how many times my kids were in the back seat of the car, and I had to say, ’I can hear it; turn it down.’”

The fact is, Apple’s iPod, along with other, less-popular players of mp3 music files, has been a transformative device for the way people listen to songs, with well over half of all Americans — and a vast majority of teenagers — carrying their music collection around with them on a regular basis.

Osetek said that blocked or ringing sensation after a concert is known clinically as a ’temporary threshold shift,’ and it typically fades with no permanent damage.

“But if I continued to do that, day after day after day, it wouldn’t get better,” she told HCN. “The best way I can explain it is that the hair cells in the inner ear, when they’re exposed to loud sounds, they lie down. Think about tall grass; when you step on it once, the grass comes bouncing back again. Step on it again, and it comes back slower. But if you keep treading on it, it doesn’t come back up.

“That’s what the hair cells are like,” she continued, noting that certain hairs correspond to certain frequencies. “If you keep exposing them to loud sounds, over time, the space within the cochlea in the inner ear becomes bald, and that means it can’t register that frequency anymore, so you can’t hear it.” The damage can range from difficulties with clarity — hearing someone speak but struggling to distinguish consonants, for example — to more-serious hearing loss.

“When hair cells are gone, from noise or from anything else, they don’t grow back,” Osetek said. “Hearing loss is permanent. My suggestion would be not to wear earbuds at a dangerous level, and wear noise protection when around other loud noises, like lawnmowing, home carpentry, anything like that.”

Still, despite the statistics showing hearing degradation in young people, some researchers are reluctant to place all the blame on iPods. Not only were earbuds in common use in the early 1990s (if not as ubiquitously as they are now), but loud sounds aren’t the only factor that can damage hearing.

A team headed by Dr. Josef Shargorodsky, an ear, nose, and throat specialist at Brigham and Women’s Hospital and Massachusetts General Hospital, examined the raw data from the two survey periods and were reluctant to blame listening devices for the problem. In findings published in the Journal of the American Medical Association, they noted that diet and nutrition, as well as exposure to toxins, may be factors as well. Living in poverty is also associated with risk of hearing loss in young people because children in low-income families may not be getting proper nutrition to support auditory development.

In addition, Shargorosky told Time magazine, while he doesn’t exonerate earbuds from blame, he said teens in the survey were asked only one question about loud sounds, and that question did not specifically mention music or personal listening devices. “We don’t have a great grasp on noise exposure, but we hope to find better ways to ask the question and identify other factors that might be involved in the rise in hearing loss.”

That’s an important point, Osetek said. “Infections, environmental toxins, and just the noise of the world could be causing this. It’s not proof positive that it’s just iPods. But why not protect your ears if you can? Using your own ears is the best way to hear; why go to artificial hearing when you’re older? It just makes sense. I know a lot of people in their 70s and 80s who wish they had ear protection when they worked in factories 40 hours a week.”

While many teens aren’t aware of the hazards of high-volume music being pumped into their ears over long periods, Osetek conceded that many teenagers, even when warned, don’t believe the danger is real, or simply don’t care that they might need a hearing aid someday.

“Everyone is wearing iPods,” she said, noting that she owns one and enjoys it. Problems arise, however, when people use them in already-noisy environments, like city streets or subways. “When you put them on to listen to music while walking to school, it sometimes gets louder out there, so to hear your music, you end up turning it up to mask the environmental noise.”

To combat that tendency, some companies market environmental earbuds that block or isolate outside noise; they’re a bit more expensive, but the health tradeoff can be huge.

In cases where permanent hearing damage can be traced directly to iPod use, legal precedent has already been established freeing Apple from liability. “Apple got sued, but they won because they say in the instructions not to wear it too loud, because it can cause hearing loss.”

Apple has also taken the step of installing a setting on iTunes that prevents the iPod from going up to 115 dB, but instead sets the top volume at about three-quarters of that. “At 115 decibels,” Osetek said, “just five minutes can cause hearing loss.”

But common sense works as well as a computer setting. Randy Wohlers, who is board-certified in hearing instrument sciences, is the founder of myhearpod.com, a Web site focusing on hearing issues in Baby Boomers, another group increasingly using iPods. He recommends what he calls the 60-60 plan: setting the iPod at no more than 60{06cf2b9696b159f874511d23dbc893eb1ac83014175ed30550cfff22781411e5} of maximum volume for no more than 60 minutes at a time before taking a break, as ears are less likely to sustain permanent damage when they’re given time to recover.

Osetek boils down her recommendations to three basics: obviously, turning the volume down (the arm’s-length rule she enforces with her own kids); taking breaks and not listening for hours on end; and upgrading to earphones or earbuds that block out background noise, lowering the temptation to increase the volume to compete with one’s environment.

She said teenagers who have come in for hearing evaluations are often surprised when they learn how powerful high-volume iPods can be. “I’ve heard, ’wow — I can only listen like this for five minutes?’” And she was surprised to learn that some young people actually keep the music going in one ear when in class or talking to friends.

However it begins, though, hearing loss is a subtle condition. The sufferer might not notice it right away, but over time starts to wonder why they have trouble hearing in loud environments, or why they get sounds and words mixed up while watching TV. By that time, the damage has already been done.

“Just be careful with your noise exposure,” she said. “There are many things going on in the world that we can’t help, but this is one thing we can control.”

Lessons in Smart Eating School’s Out, but It’s Still Time to Do Things by the Book 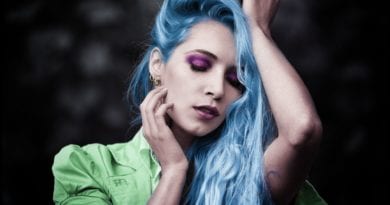