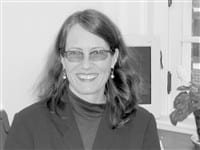 Donna Callum wasn’t looking a job, necessarily. Like most all those in the nursing profession, she already has one.

Instead, she came to Baystate Health System’s Nurse Expo earlier this month to “fully understand her career options.” As she told The Healthcare News, the current nursing shortage has made her position as a float nurse and supervisor at Cheshire Medical Center in Keene, N.H. far more taxing — personally and professionally — than it did even a few years ago. And as a result, she’s doing some looking around.

The fact that she traveled 60 miles from her home in Winchester, N.H. to the expo, staged at the recently opened Basketball Hall of Fame, speaks volumes about the current state of the nursing profession and some of the frustrations being felt by those in it.

Callum was one of dozens of nurses who attended the expo, one of the more elaborate and imaginative efforts on the part of Baystate to recruit nurses. The 12-hour event resulted in a few immediate job offers and many intriguing leads, said Joanne Perman, director of Recruitment and vice president of Patient Care Services at Baystate.

“It’s an ongoing challenge,” she said of the struggle to find nurses. “It’s a situation we’ll be dealing with for some time.”

Perman said the price tag for the Nurse Expo was probably in excess of $70,000, a figure that does not include the time of the more than 70 nurses and administrators who staffed the event throughout the day. It did include rental of the MassMutual Room at the new Hall, as well as extensive promotion of the event, including print and broadcast advertising and scroll lines on the Weather Channel.

But that’s money well spent at a time when the nursing shortage is acute and projections show the problem only worsening as the Baby Boomers in the nursing community reach retirement age, said Perman. The situation has prompted hospitals and other health care providers to use every means at their disposal to find nurse candidates for the short and long term.

Baystate, for example, devotes extensive space on its Web site to posting available positions, highlighting events such as the expo, and listing attractive features that include flexible hours and a new “weekends only” program. Other recruiting initiatives include a recent trip to a health care jobs fair in Puerto Rico — a junket that netted three new nurses — as well as recruiting trips to national conferences and a number of employment incentives, such as sign-on bonuses for recruits and payments to those who refer eventual new hires.

Meanwhile, Baystate, like all area hospitals, is working with area college nursing programs and even high schools and junior high schools in programs to draw more people into the nursing field and help them achieve an education in the field, said Perman. In addition to recruiting individuals to fill current openings, hospitals must also play a leading role in ensuring that there is an adequate supply of nurses for years to come. That’s why Baystate provides financial assistance to nursing students in exchange for a commitment to work within the system, and also why it is helping UMass and other schools fund teaching positions in nursing programs.

As for the Nurse Expo, the event wasn’t new, but the venue was, and it was chosen to bring more attention to the event. Perman said the majority of visitors were + from Western Mass., but there were also some from Connecticut, the Worcester area, and even New Hampshire.

Callum, who said she learned of the event while researching employment opportunities on the Internet, told The Healthcare News that she came away from the expo impressed with Baystate and its willingness to incorporate flexible schedules and other programs to help nurses balance work with family.

“They pay attention … I’m impressed with how innovative they are,” she said, adding that for many nurses, it isn’t compensation that will attract them to a new opportunity, but the working conditions and schedules. “It goes well beyond money.”

She said this was the first event of this type that she’s attended and hinted that there may be more in her future. “I have a really good job, but I think it’s important that I know what options are available to me in the workforce.”

The Job at Hand

Perman told The Healthcare News that Baystate probably spends in excess of $150,000 annually in its efforts to recruit nurses. That’s part of the price of doing business these days, she said, adding that hospitals and other providers will be coping with the nursing shortage for some time.

Efforts like the expo won’t erase the current nurse vacancy rates, she stressed, but they will help provide immediate and long-term relief to hospitals struggling through the nursing shortage.

There’s No Cure-all for Health Care Costs in Massachusetts